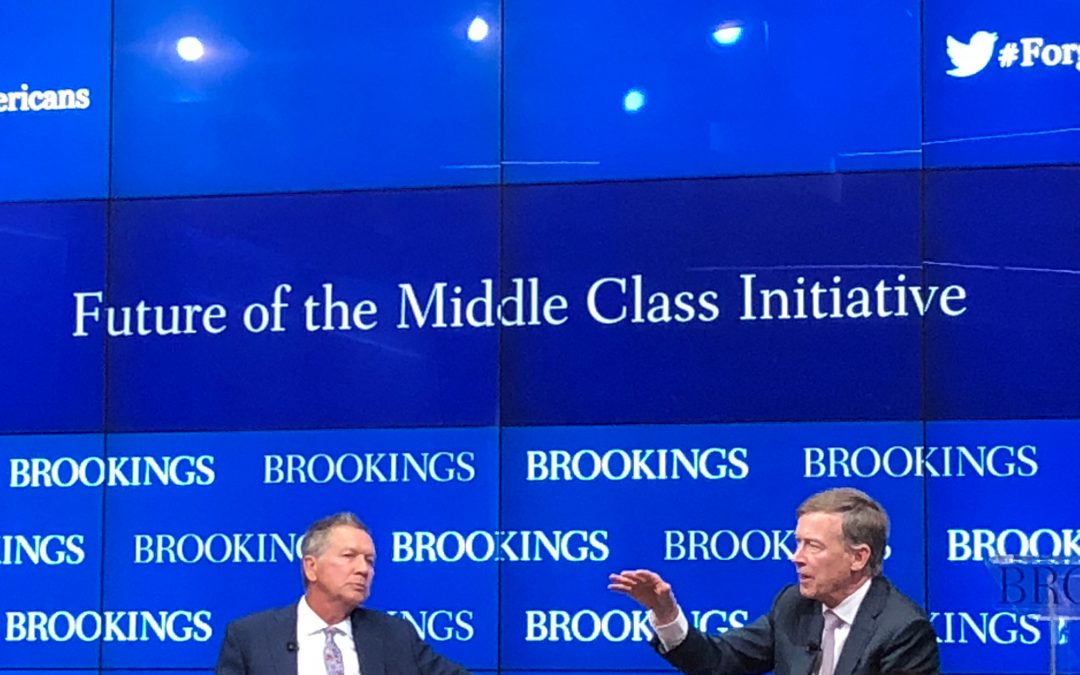 Speaking at the Brookings Institution, the pair set the tone for the event with some good-natured political wordplay.

“It’s great to be here with my running mate,” said the former 2016 presidential candidate, Kasich. “That can be taken a number of ways here in Washington.”

Despite the crowd’s cheers for a bipartisan presidential ticket in 2020, the pair did not deny nor confirm the prospect. They both said if they had to pick a partner from across the aisle they would run together because of their strong work relationship.

Hickenlooper contended that nationalism is the natural byproduct of despair.” Kasich added, “we can’t lose the notion that we are our brother’s keeper.”

Hickenlooper, reflecting on a time when he was unemployed, said governments don’t do enough to train and prepare the unemployed for jobs.

“They sent you to an unemployment center. They showed you how to write a resume. They gave you a big book of companies that you could apply for,” said Hickenlooper. “It was almost a joke.”

The duet added that current public K-12 and higher education systems do not provide skills that are necessary to “get into the new economy.”

While both governors admitted to having authority over education systems which are largely funded by state and local funds, they said that current public K-12 and higher education systems do not provide skills that are necessary to “get into the new economy.”

“It’s easier to reform the Pentagon than the K-12 system,” he added.

One of the examples of successful training that works outside of the college and university system was 42, a private nonprofit and tuition-free engineering school in Silicone Valley. During Hickenlooper’s visit to the school, he met a student in their mid-30s whose job was loading tractor-trailers.