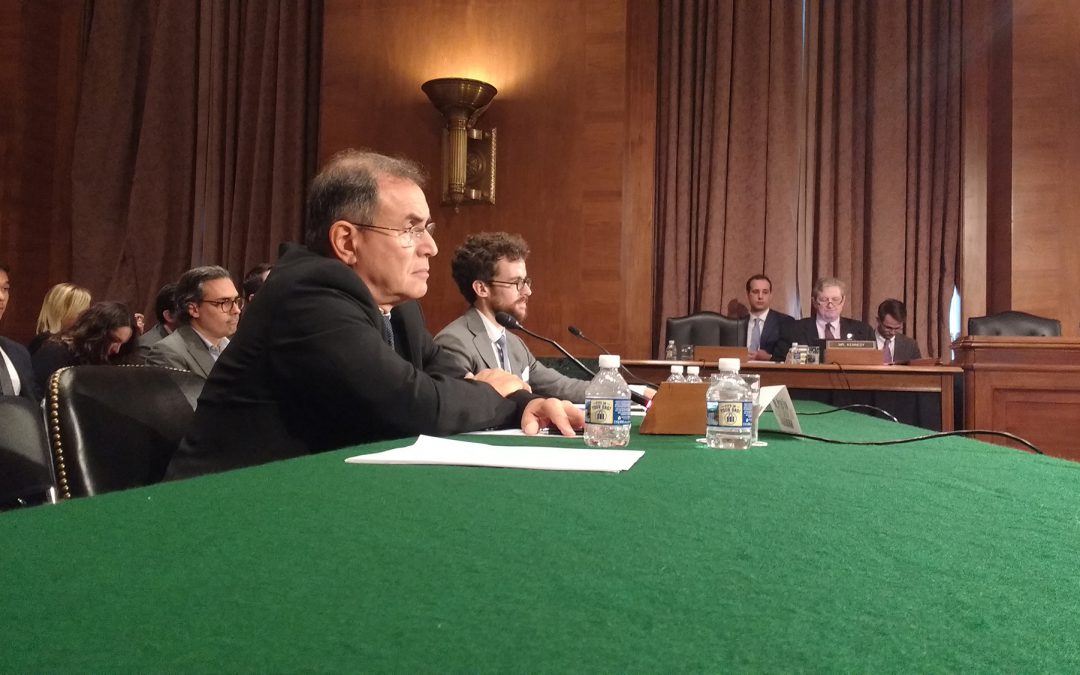 But Peter Van Valkenburgh, a researcher from Coin Center, which advocates for regulatory freedom for cryptocurrency, said the online currency is innovating in a safe way.

“In fact I think if criminals are not using your technology,” Valkenburgh said, “it’s not worth having.”

Cyptocurrencies emerged during the 2008 recession as a way to protect people during economic downturns. Bitcoin is known for its volatility, and since March, it has repeatedly closed under $10,000 – a drop from $19,000 in December 2017.

Like most critics, Roubini cited the ease with which terrorists, human traffickers and tax evaders can use the virtual coins.

“First of all,” Valkenburgh countered, “I would like to know how something that isn’t money can be used to avoid taxes.”

While much of cryptocurrency’s success has been anecdotal, Valkenburgh said, it plays an important part in the economy. He offered the example of a business owner who may chose to pay her employees in Bitcoin rather than worrying about third party interference.

Valkenburgh touted the decentralized system used by some cryptocurrencies that keeps these parties, like banks or the government, out of the process. Unlike Roubini, he was not concerned that the companies in charge of the money are becoming greedy oligarchs.

“The Bitcoin protocol is decentralized not because it distributes power, but because it checks power,” Valkenburgh said. “Bitcoin pits ambition against ambition like our federalist system here in the U.S.”

“So we are supposed not to trust central banks or banks when it comes to financial transactions,” Roubini asked in his prepared statement, “but rather a bunch of shady anonymous concentrated oligopolists in jurisdictions where there is little rule of law?”

Roubini said the currency has no institutional backing and no insurance – meaning that if someone steals that information, consumers have no way to recover the money. CNBC reported in June that $1.1 billion worth of cryptocurrency was stolen earlier this year.

“Is it perfect?” Valkenburgh said. “No, neither was email when it was created in 1972.”

Senators heard both their testimonies and asked follow-up questions for a meeting that lasted an hour. Less than half of the committee was present.