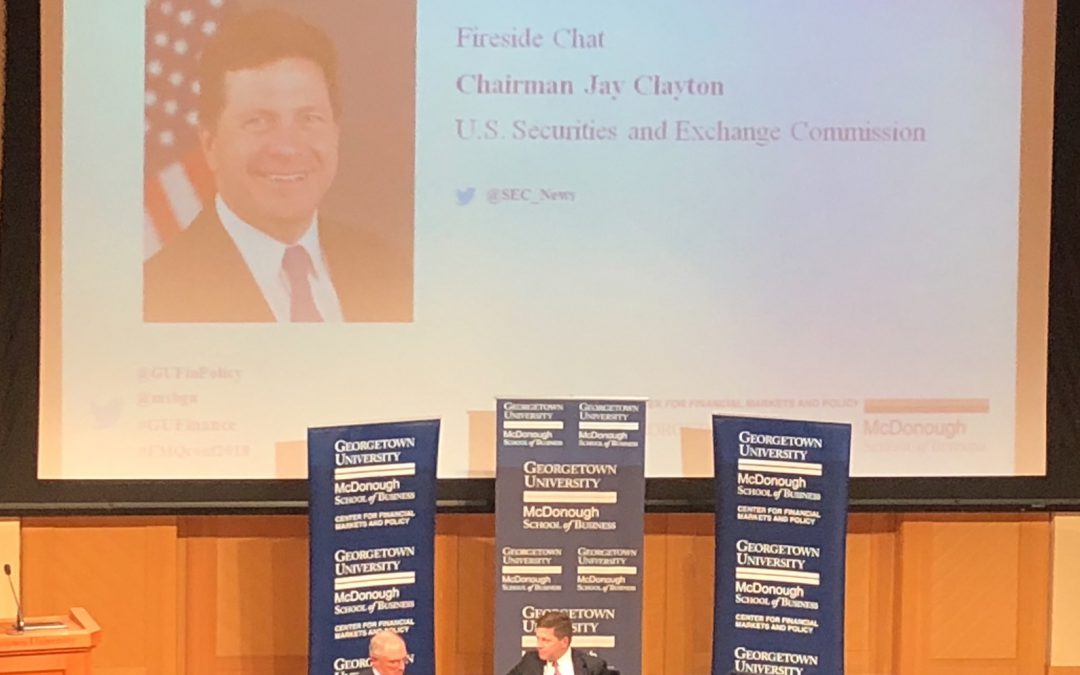 US Securities and Exchange Commission Chairman Jay Clayton discussed the future of United States financial regulations in a global economy.

WASHINGTON– Securities and Exchange Chairman Jay Clayton emphasized driving investment “through transparency, through efficiency, and through competition” on Thursday during a discussion at Georgetown University.

Speaking at Georgetown University, Clayton acknowledged that there are nearly half as many public companies in the United States as there were in the mid-1990s. He said the loss of public companies limits options for retail investors and creates a less dynamic market due to the maturity of the remaining companies.

“I don’t think it’s a good thing and I think it’s something that we should be worried about,” he said. “Where is the growth capital? It’s somewhere else where the retail investors don’t have access.”

According to the SEC chief, the limited accessibility of growth capital for retail investors should also raise concern.

The SEC is also focused on dealing with small businesses’ struggle to maintain their public company status because of difficulties meeting the cost of SEC compliance. Clayton acknowledged that the compliance system is built for big companies.

In October, the SEC chairman said he favored the current quarterly reporting for small businesses after President Donald Trump sent a tweet suggesting the SEC consider a change to a less frequent report schedule of six months for small companies.

But, in 2013 the European Union made quarterly reporting optional for its 28 member countries. According to Reuters, the United States is among only 11 countries that require quarterly financial reports.

“Global economic growth is good for all of us,” he said.