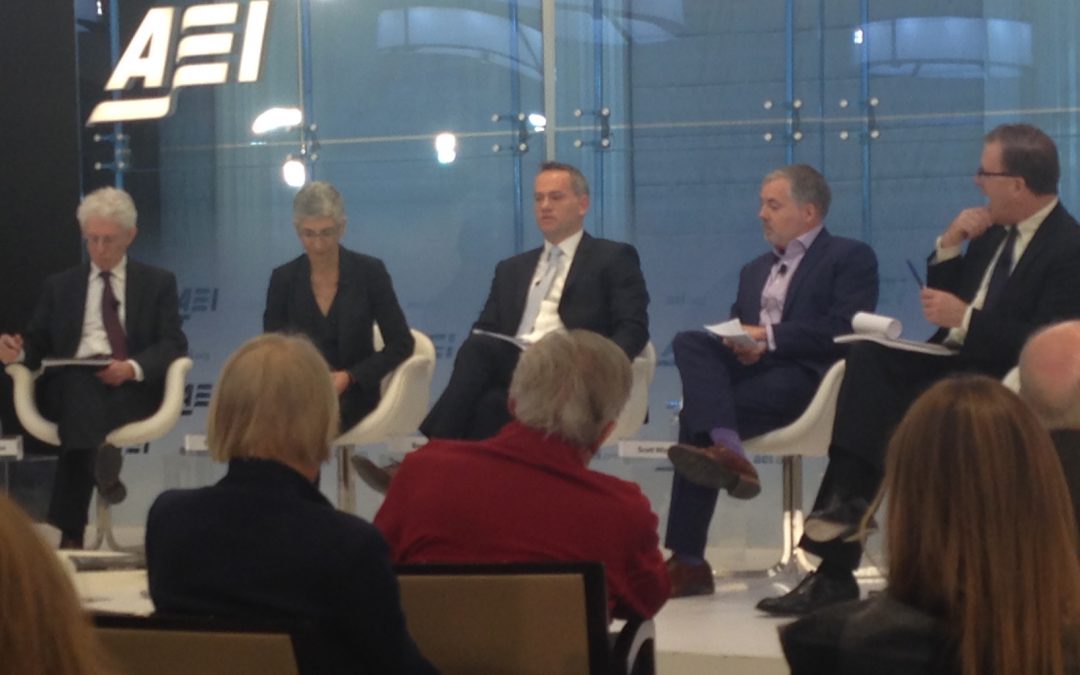 A panel of experts discusses a recent report,"Work, Skills, Community: Restoring Opportunity for the working class, at the American Enterprise Institute. (By Adam Barnes/MNS)

WASHINGTON – A new report says that the American working class is beginning to look more like those in poverty, but it can be revitalized through targeted programs, especially creating alternatives to traditional higher education that would provide job skills.

Experts at the conservative American Enterprise Institute on Thursday characterized the working class as a group of people who hold high school diplomas, but don’t have four-year college degrees – and as a class that has not benefited as much as the middle class in today’s economy and in government programs.

Tamar Jacoby, president of Opportunity America, a research group that promotes economic mobility for poor and working class Americans, observed that many colleges don’t offer majors in specific career skills, a problem exacerbated by the fact that many students don’t finish their degrees. A remedy would be “a true alternative to college,” but not through for-profit education.

“Pretty much everybody needs something more than high school,” Jacoby said.

The report found that the federal government, in 2016, spent $139 billion on higher education, but only used $19 billion of it for nontraditional education.

Federal education spending is not keeping up with the pace of innovation, Jacoby said, and more money should be given to career-focused degrees instead of four-year programs.

In a telephone interview, Martha Parham of the American Association of Community Colleges said that students enrolled in short-term, career-focused programs are not eligible for federal Pell Grants, and suggested expanding the grants to include workforce training.

William Galston of the Brookings institution and contributor to the report, suggested that corporations should play an active role in educating their future workforce.

“I sit at Brookings and listen to corporate leaders complain about the quality of the workforce without doing anything about it,” Galston said.

But Galston acknowledged that reorienting post-secondary education to include a bigger emphasis on training and education for career skills is a major undertaking.

“There’s no magic wand, there’s no silver bullet, he said. “It’s going to involve a very different mix of the public and private sector to fix.”