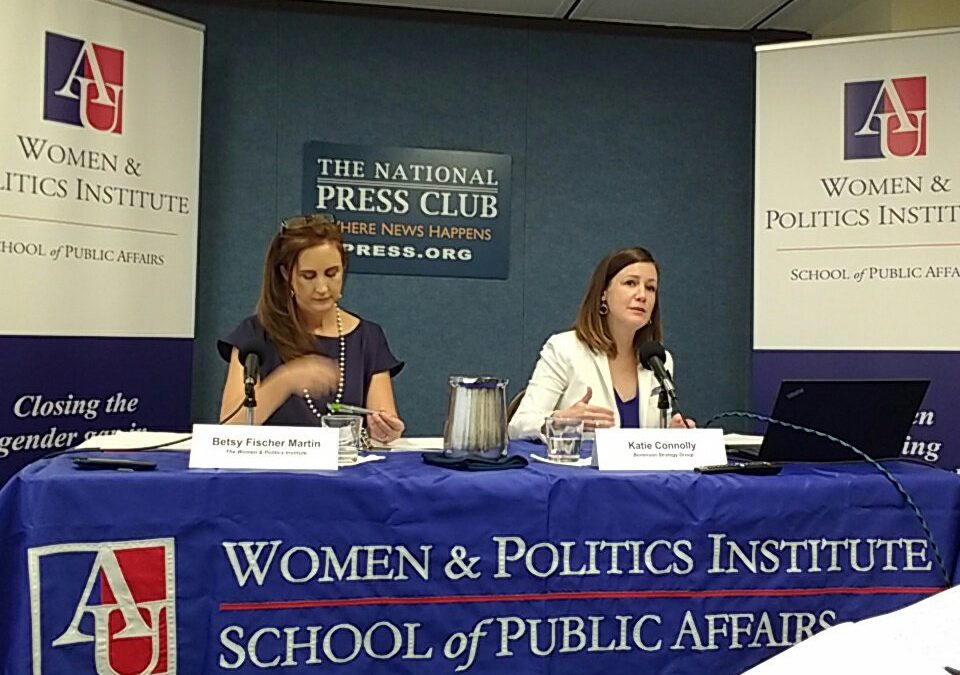 WASHINGTON – Republicans should be afraid of future elections based on the results of a survey released Tuesday that found Independent women align more on issues with Democratic women that Republicans, the head of the Women and Politics Institute said.

“If you’re a Republican thinking of winning suburban women, this’ll be scary data for you,” said Betsy Fischer Martin, executive director of the institute, which is based at American University.

The institute commissioned the online survey of 1,200 voters and found both Democratic and Independent women’s top issue was health care, while Republican women’s top drivers were immigration and the economy.

Overall, support for President Donald Trump among Republican women was not as strong a motivator as opposition to the president was for Democratic women, according the Benenson Strategy Group, which conducted the study and whose clients include Democratic and liberal political organizations.

“I see a huge opportunity for Democrats and a huge red flag for Republicans,” said Katie Connolly, senior vice president of the firm.

Martin said the president has clearly damaged the Republican Party relationship with white suburban women. Thirty-seven percent of Republican women said they agree with Trump on most important issues, but more than half said his tone concerns them.

“That is a large number of people within your party that disagrees with you,” said Connolly.

Among all women, less than 20 percent of those surveyed said they supported the idea it’s time to make history with women candidates. Almost 60 percent said while the idea of electing more women to political office is exciting, they care more about a candidate’s skills and values.

“Unless that woman is the woman they want to vote for, they’re not going to vote for them,” Connolly said.