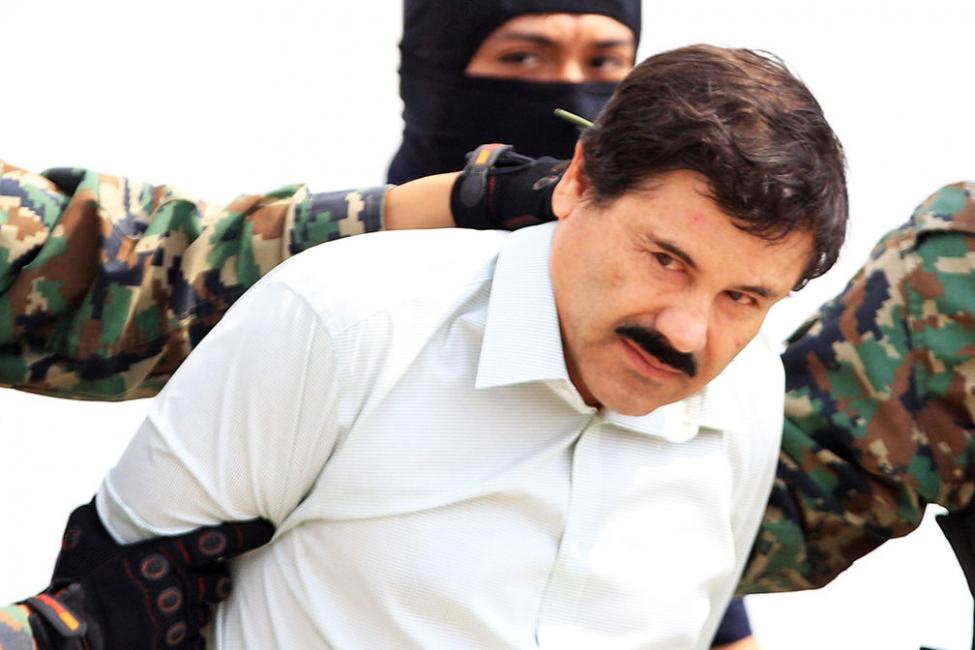 WASHINGTON — As Joaquin “El Chapo” Guzman, the alleged leader of the ruthless Sinaloa drug cartel, shuttles between a federal prison and a courtroom for his trial on charges of  drug trafficking, money laundering and conspiracy to commit murder, the violence his arrest was meant to reduce rages on in Mexico.

Mexico’s kingpin strategy, which focuses on capturing high value targets, is meant to reduce violence by weakening the influence of drug cartels. The idea, adopted by Vicente Fox’s administration in 2000, is that capturing kingpins leaves a cartel with no leadership, causing it to fragment into weaker parts.

Guzman, who allegedly arranged for the smuggling of over 200 tons of cocaine into the United States, twice escaped from Mexican prisons, leading the two governments to strike a deal to lock him up in a U.S. prison.

Now Guzman has little control over his criminal empire, once valued at $14 billion, experts say, but that has not significantly reduced  the drug trafficking and violence in Mexico – in fact, it seems to have had the opposite effect.

Ted Galen Carpenter, a senior fellow for defense and foreign policy studies at the libertarian Cato Institute, said in an email that the decapitation policy, as the strategy also is called, has, by removing Guzman, “led to a multi-sided power struggle within the Sinaloa organization and between those factions and outside challengers.”

But Guzman’s defense team, from day one, has argued that “El Chapo” wasn’t the kingpin but instead is a scapegoat for the cartel’s true leader, longtime Guzman ally Ismael Zambada Garcia.

“Insisting that Guzman actually was little more than a figurehead is one of the few arguments that the defense can employ with even faint credibility,” he said.

The defense team’s argument is made plausible due to the Sinaloa cartel’s organization, where, according to Carpenter, Guzman was “more like a first among equals in a more collective leadership.”

That power dynamic in Sinaloa doesn’t jibe with the decapitation policy’s foundation on  a top-down cartel leadership structure. Guzman’s removal has done little in the way of curtailing violence, or the flow of drugs.

Vanda Felbab-Brown, a senior fellow at the Brookings Institution, agrees that the kingpin policy has contributed to the escalating violence, and notes that incoming Mexican president Andrés Manuel López Obrador does not want to continue it.

Obrador’s administration has said it “doesn’t want to do it, but it hasn’t said what it’ll do instead,” she said via email. “Its security plan leaves a gaping hole in policing and law enforcement strategy, including targeting.”

But, while she acknowledges the limits and failures of the kingpin strategy, Felbab-Brown rejects any notion that Guzman’s capture and extradition was only symbolic.

“His trial won’t end drug trafficking or cartel wars in Mexico. In fact, his re-arrest has intensified the latter,” she said. “But his trial is still fundamentally about justice and rule of law and demonstration that there are some limits to impunity in Mexico, even if it is the US that administers justice.”