VIDEO: What is the Sunrise Movement? 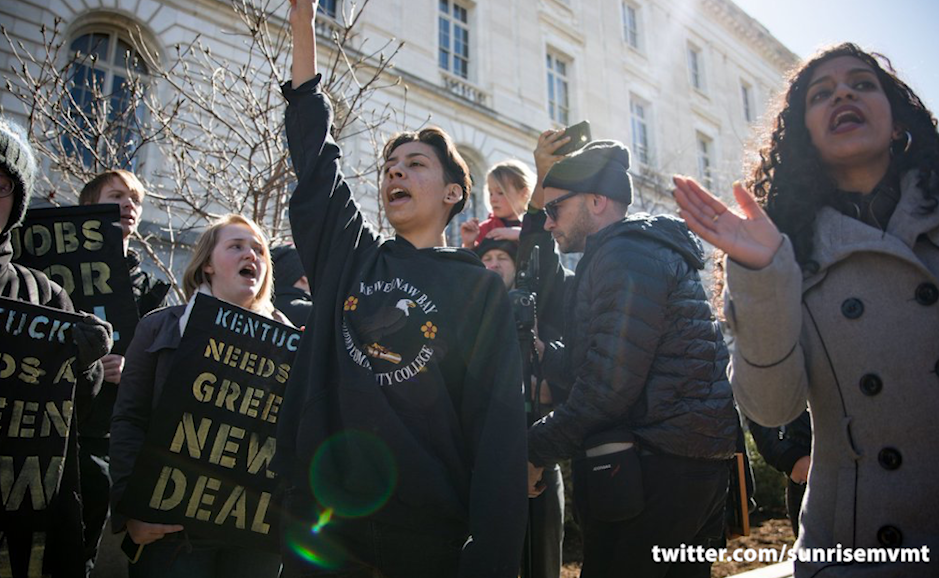 Last week, a video of children pleading with Sen. Dianne Feinstein, D-Cal., to back the Green New Deal resolution went viral on Twitter. The video, which now has about 10 million views, was posted by the Sunrise Movement, an environmental activist organization consisting mostly of young people.

While Feinstein made it clear that she thought the group’s goals were unrealistic, she released a statement saying she had her own climate change resolution she was going to release soon, but acknowledged their “spirited discussion.” Others have criticized Sunrise for only posting an edited version of the video on Twitter at first, which some considered misleading.

It’s not the first time the group has made headlines. At the end of 2018, they staged a sit-in in House Democrat’s offices to demand action on climate change and many attribute this action as part of the reason  Rep. Alexandria Ocasio-Cortez, D-N.Y., introduced a Green New Deal proposal in February.

Fifty-five percent of Sunrise’s funding comes from institutions like the Wallace Global Fund and the Rockefeller Family Fund, but most of the rest comes from individual donations. They raised over a million dollars in 2018.

Sunrise isn’t finished yet. The group has plans to disrupt the 2020 democratic primary debates this summer.