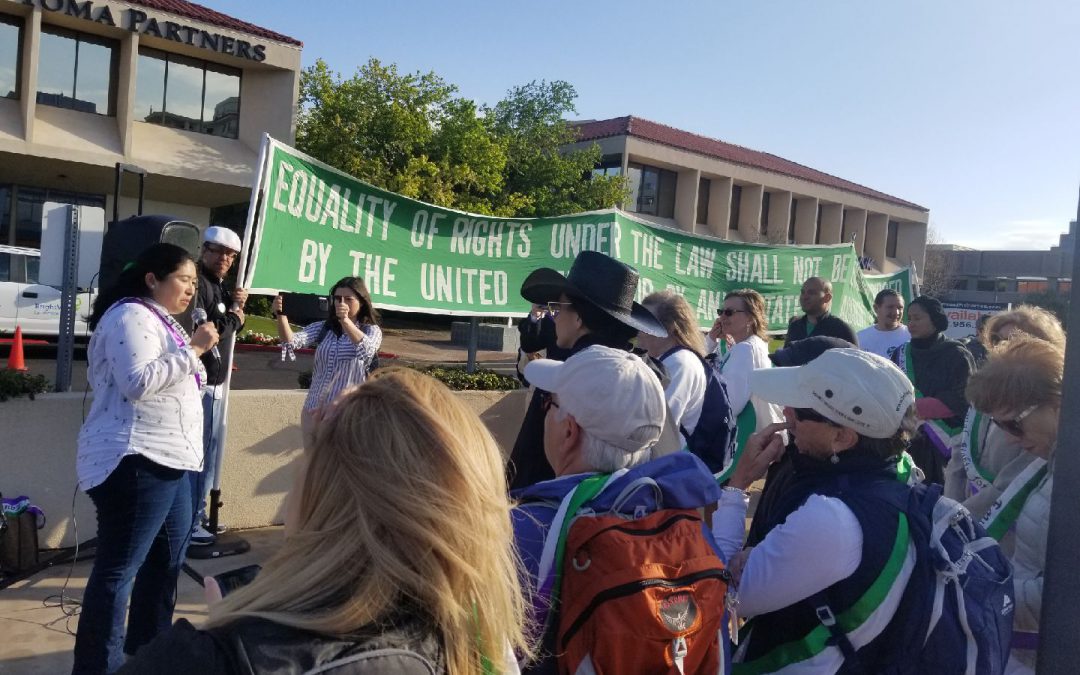 The Republican-controlled Arizona state legislature on Wednesday refused to suspend its rules to allow a vote on the Equal Rights Amendment, an amendment that will specifically prohibit discrimination based on sex throughout the United States, both on a state level and federally. It was first proposed in 1923, and was modeled after the 19th Amendment granting women the right to vote.

This is the third year in a row GOP lawmakers have scuttled a vote on the measure. Arizona Republicans used the same strategy that worked for ERA opponents in Virginia last month: block the bill from getting out of committee.

State Sen. Eddie Farnsworth, chairman of the Arizona Senate’s Judiciary Committee, never allowed the bill to be read out loud, assuring it would not advance to the floor.

“If there were no women, if there were no femininity, no softness — women can be firm and hard and strong — but they’re also feminine. And I make no apologies for saying that. I would oppose inequality,” he told the packed chamber filled with ERA supporters and opponents on Wednesday. “But, I do believe, Madame President, that the ERA is misguided.”

ERA supporters came to the Capitol after holding a three-day 38-mile march (in honor of the 38 states needed to ratify the amendment), sometimes walking in pouring rain, to request a suspension of the rules to allow a vote.

Rebecca McHood, a former Republican and member of Mormons for the ERA, was one of the participants. Farnsworth is her senator.

“His speech was benevolent patriarchy. ‘I’m doing this for your own good,’” said McHood, a stay-at-home mom with a degree in Political Science from Arizona State University. She dismissed his praise of women as “shining the pedestal.”

According to McHood, state Rep. Pamela Powers Hannley, a sponsor of ERA bills over the last several years, tried to read a pro-ERA statement out loud last Thursday and her microphone was shut off. Powers Hannley then passed the statement to Rep. Geraldine Peten, the only African American female legislator in the House, and her mic was shut off too.

McHood said the Speaker of the House shut down action on an ERA bill last year by calling for adjournment.

Arizona is the birthplace and home of retired Supreme Court Justice Sandra Day O’Connor. She became the first woman appointed to the high court in 1981 and sponsored ERA legislation in her home state in the 1970s when she was a Republican state senator.

Today, the state Republican Party is aligned against the ERA because anti-abortion critics believe it will prevent the Supreme Court from overturning Roe v. Wade.

While outsiders may think that all hope for the ERA is lost this year in Arizona, attorney and longtime ERA activist Dianne Post is committed to fighting until the legislative session ends.

“Their behavior is not going to divert us from our plan,” Post said.

She objects to Farnsworth’s signature legal argument against the ERA, which relies on his contention that Congress had imposed a deadline that 38 states must ratify the amendment by 1982. Farnsworth argues, therefore, that it is illegal to vote on it, and proponents of the ERA must start the process over again.

“That’s absolutely false. Eddie knows it’s false,” Post said. “But there are those who choose to believe him.”