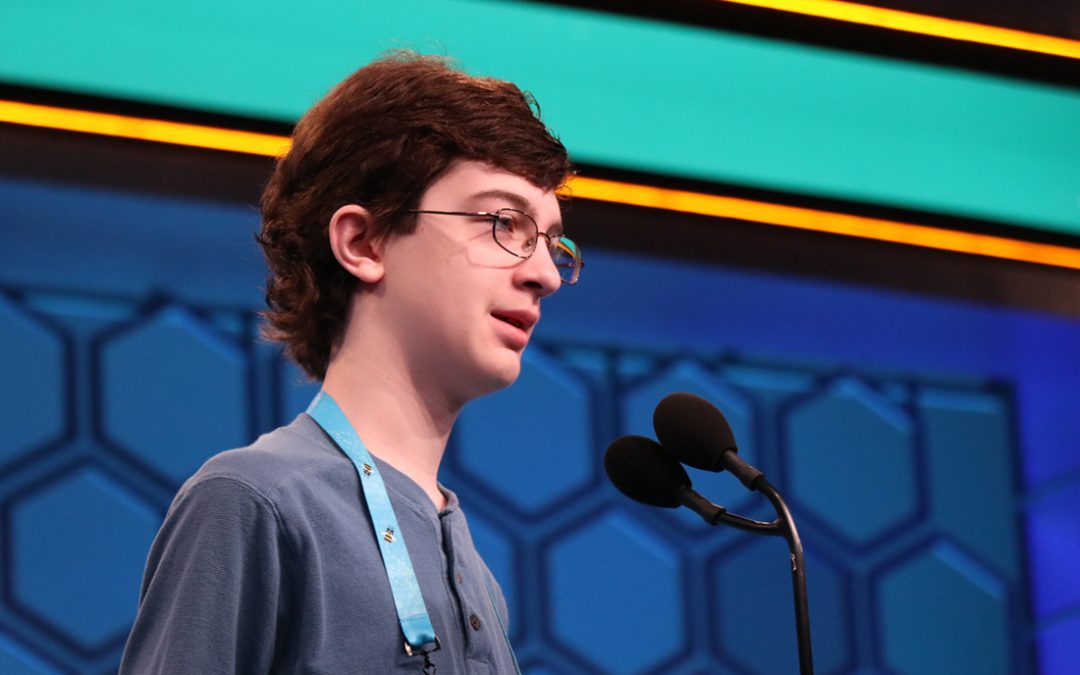 Although he didn’t advance after correctly spelling “mobiliary” — a French- and Latin-derived word referring to movable property — Charles, 14, wasn’t too disappointed.

“This should be a fun time, not a study, test time,” he said. “It is, to me, the reward for winning at the level below this.”

Charles qualified to make it to Wednesday’s competition after being crowned the Frederick County champion in March.

To qualify for the final round on Thursday, spellers must spell words correctly onstage and score high on a written test. The results of the tests, which evaluate spelling and vocabulary, combined with correct spellings determine who moves to the finals. No more than 50 kids can advance to the finals.

Charles, an eighth-grader at Frederick Classical Charter School, said spelling correctly in Round 3 was a challenging task.

“For Round 2, they gave us a study list,” Charles said. “For Round 3, there’s really not that much you can do” to prepare.

The bee drew 562 students to National Harbor in suburban Washington, where they showcased their knowledge of the dictionary in hopes of collecting the $50,000 grand prize. Charles was among the 162 participants who made a repeat appearance. In 2018, his journey also ended in Round 3 after he misspelled “germon,” the French word for a type of tuna.

His success in Round 3 this year wasn’t luck: Charles said he practiced more by reviewing words “again and again and again,” but his spelling bee preparations don’t just include formal studying. He reads a lot. Right now, he’s particularly interested in Shakespeare.

“Some people don’t like Shakespeare because it’s hard, so they don’t understand it as much,” Millard said. “But if you can actually understand it, quite a bit of it is in fact very interesting, very riveting. Some of it can be extremely funny.”

Like Charles, Nicole, an eighth-grader at St. John Regional Catholic School, calls herself a “major bookworm.” She wrote in her bee biography that her favorite book is Ernest Cline’s “Ready Player One.” 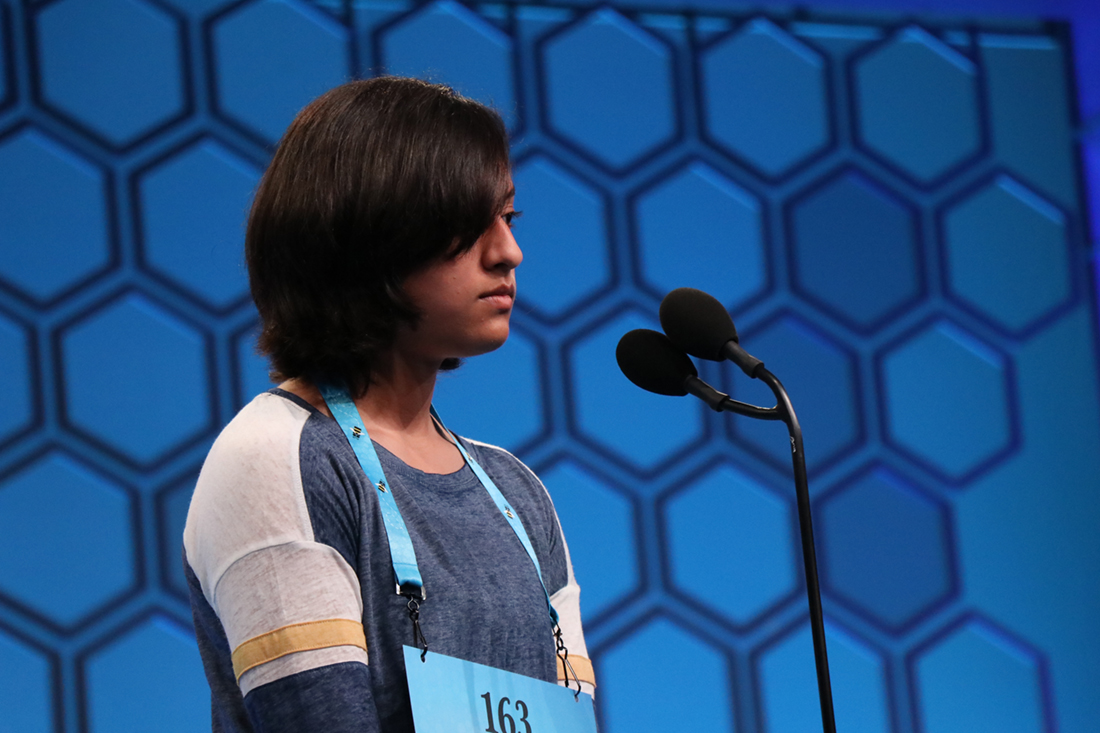 Nicole was eliminated in Round 3 after adding an extra L to “dissimilitude.” The 13-year-old spelled “tardigrade” — a type of water-dwelling micro-animal — correctly in the previous round.

She qualified through a new program that provides an alternate path for qualification. Students must be school or community spelling bee champions and submit an application.

In recent years, the bee has intensified, with increased numbers of spellers and tougher words, said chief pronouncer Jacques Bailly, who gives spellers words and information during the competition.

“It’s like the Olympics,” said Bailly, who won the national bee in 1980 and became an associate pronouncer a decade later. “You start seeing the records fall. We have a much higher level of competition.”

Now, the University of Vermont professor is known as the face of the national bee, and his interactions with hundreds of kids are broadcast live on ESPN.

Bailly said he always wants the kids to get words right — he never tries to trip them up and emphasizes information about the words that could hint at correct spellings.

“We say that they’re all champions,” Bailly said. “The whole thing is about learning those words. This is a formative experience.

“The English language is still pretty much the greatest tool we have to deal with each other,” he added. “If we can further that, make it more precise more beautiful, that’s what this is all about.”

The bee’s winner will be crowned Thursday night live on ESPN.