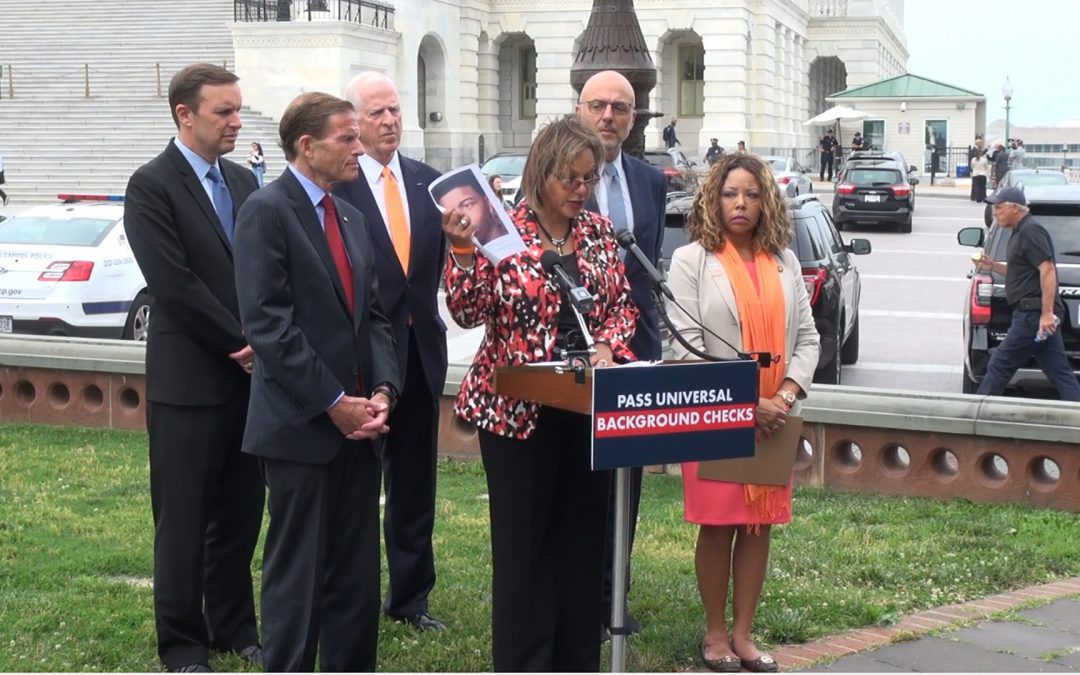 Members of Congress speak to members of the press on Capitol Hill to urge Sen. Mitch McConnell to hold a vote on Gun Control Legislation. (ERIC FRAZIER / MEDILL NEWS SERVICE)

WASHINGTON – In the wake of the Virginia Beach shooting that left 12 dead, Senate Majority Leader Mitch McConnell should stop blocking a vote on bills that would require universal background checks and tighten existing loopholes in the checks, a group of congressional Democrats said Wednesday.

Sen. Chris Murphy D-Conn., said at a Capitol Hill news conference that it has been 100 days since the House passed the measures. According to congress.gov, one would prohibit selling a gun to someone until a licensed gun dealer, manufacturer or importer has conducted a background check. The second bill would close a loophole that now allows the sale of a firearm to proceed if a background check is not completed within three business days; it would provide 20 days for the background check.

Since the House passed the legislation 100 days ago, “there have been 100 mass shootings in this country, 10,000 people have been shot, 700 teenagers have lost their lives. That’s unacceptable,” Murphy said.

The group Gun Owners of America opposes the two measures and has started a petition against the bills.

In the petition, the group states that the universal background check bill would create burdensome and ineffective checks and noncompliance could mean prison terms. It said the second bill would allow the Justice Department to hold up gun purchases indefinitely.

The Senate has not scheduled a hearing for the measures, the usual first step in getting legislation to a vote by the full Senate.

McConnell’s office did not respond to a request for comment.