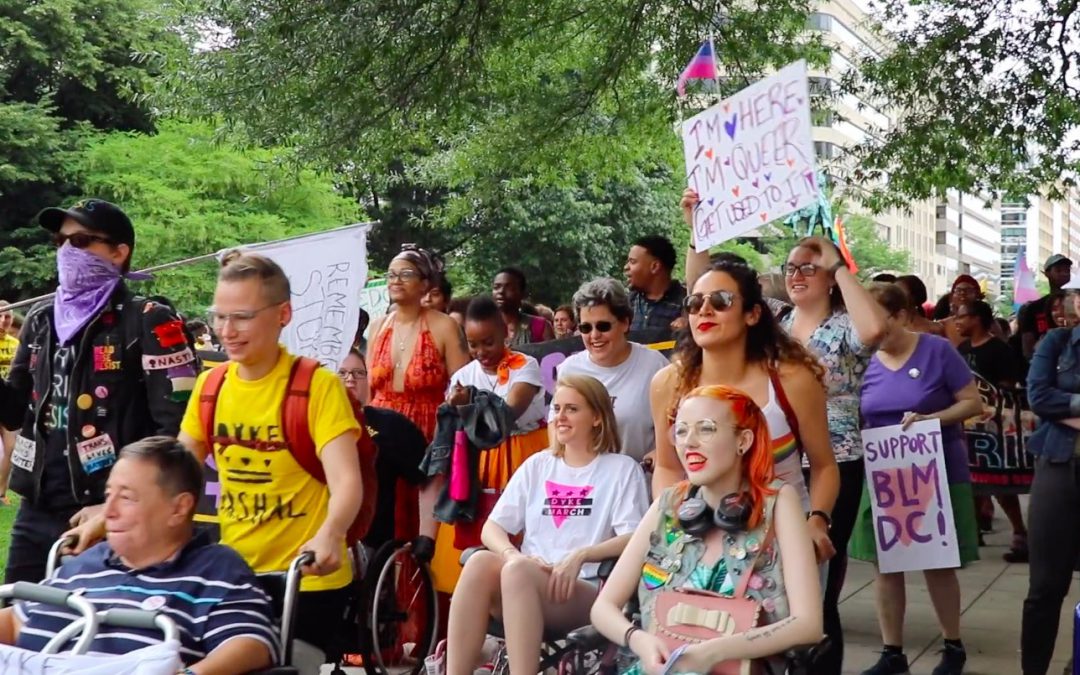 WASHINGTON — The Dyke March was revived in Washington on Friday after a 12-year break.

Organizers from several organizations sought to provide a more inclusive space for self-identified dykes, LGBTQ women and people of color a day before the Capital Pride parade. This year’s march protested the displacement of residents from the city due to gentrification.

A recent report by the National Community Reinvestment Coalition found that Washington, D.C., experienced some of the highest rates of gentrification in the nation between 2000 and 2013. To organizers, housing discrimination and the lack of affordable options, especially for residents of color in the city, was a queer issue.

“Queer liberation is where people have equal access to resources and equal freedom to be who they want to be,” said JC, one of the organizers of the march. “You have particularly Black, queer communities in D.C. whose spaces for existing have just been rapidly declining.”