Former EPA administrators say agency has retreated from its mission 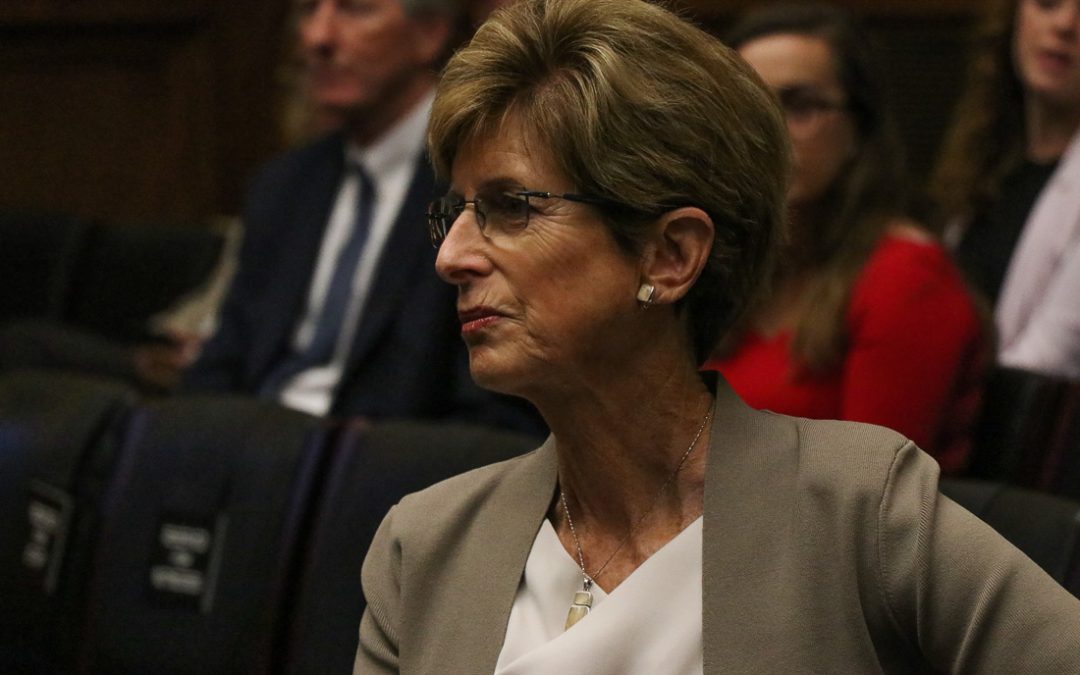 Three of the four former administrators served in Republican administrations, but “none of us are here looking to score political points,” said Christine Todd Whitman, a former New Jersey governor and EPA chief under former President George W. Bush. “Protecting the environment and the public health has never been a partisan issue.”

Whitman said she is “deeply concerned that decades of environmental progress are at risk of being lost” because the agency is “retreating from science.”

As an example, she noted that decades-old research projects that focused on how pollutants affect children were defunded.

Gina McCarthy, who led the agency under former President Barack Obama, also testified before the House Energy and Commerce Subcommittee on Oversight and Investigations that the agency is headed for trouble.

“This EPA is not making credible decisions,” McCarthy added. “It’s easy to see. And it’s distressing.”

Whitman, McCarthy and Lee Thomas, who led the EPA under former President Ronald Reagan, and William Reilly, EPA head under former President George H.W. Bush, are among seven former EPA administrators who signed a letter in May saying they are ready to support lawmakers to review the extensive rollbacks of environmental protections under the Trump administration. All seven were invited to testify, a subcommittee spokeswoman said; those who didn’t attend the hearing declined for personal reasons.

Recent rollbacks run the gamut of environmental protections, ranging from the withdrawal of a requirement for oil and gas companies to report emissions to relaxing regulations for storage and disposal of toxic coal ash waste from power plants.

Subcommittee Chairwoman Rep. Diana DeGette, D-Colo., said the hearing was the first during her 20-year tenure to have so many former EPA leaders united in their testimony.

McCarthy called repeatedly for credible science as well as dependable cost-benefit analysis. She criticized the Trump administration position that environmental protections come at the cost of jobs and economic growth.

By focusing only on industry priorities, “they minimize the benefits and maximize the cost,” she said. “They’re changing the rules of the game in ways that are going to bite other agencies if they continue to move forward.”

“That is the vital jewel of our system,” Reilly said of public trust. “It is at risk.”

Rep. Paul Tonko, D-N.Y., re-upped calls for President Donald Trump and current EPA Administrator Andrew Wheeler to make decisions based on scientific evidence. The administration barred scientists who receive grant funding from the EPA from serving in advisory roles. Scientists who work for regulated industries are not excluded from similar positions.

“We need to get back to embracing the wholesome mission of the agency,” Tonko said.

None of the lawmakers defended current Wheeler or his predecessor, Scott Pruitt, both of whom have battled with ethics investigations.

But some Republican leaders sparred with the former administrators about the agency’s regulatory role. Rep. David McKinley, R-W.Va., cited the agency’s “history of overreach” and attacked McCarthy’s leadership, saying the “EPA went rogue” during her tenure.

McKinley attacked McCarthy’s mercury standards, rules costly to industries but effective in lowering levels of the neurotoxin, which was especially threatening to children and pregnant women. Those standards also could be on the way out under the current EPA.