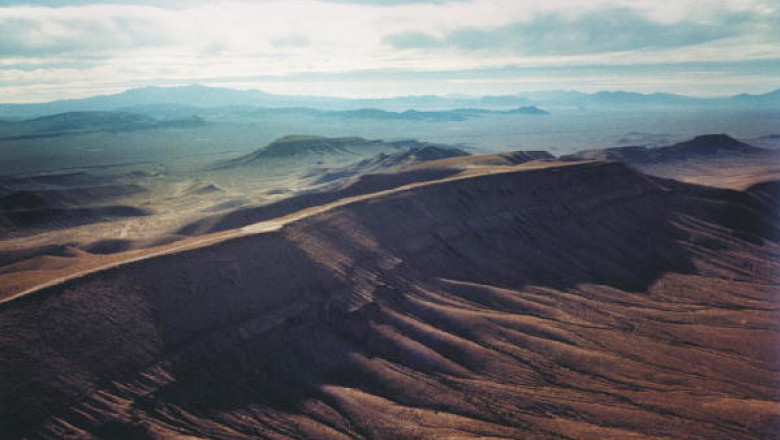 In 1987, Congress designated Yucca Mountain in the Nevada desert as the permanent repository for all U.S. nuclear waste. (White House Photo)

WASHINGTON – A bipartisan group of senators has revived the longstanding issue of where to store and dispose of nuclear waste with a new bill proposing centralized interim storage while a search for a permanent disposal site is conducted.

Thirty-two years ago, Congress designated Yucca Mountain in the Nevada desert 90 miles northwest of Las Vegas, as the permanent repository for all U.S. nuclear waste, and spent $15 billion on the site throughout the years. But facing strong local opposition, the site was never put into use and the project was abandoned by then-Energy Secretary Steven Chu in 2009.

Three bills aimed at solving the nuclear waste disposal problem have been introduced since then, but all failed to get congressional approval. The latest attempt was introduced in April by Alaska Sen. Lisa Murkowski and Tennessee Sen. Lamar Alexander, both Republicans, and California Sen. Dianne Feinstein, a Democrat.

“Do we continue to delay in the face of the stalemate over Yucca, or do we try to find another path forward for used fuel storage?” Murkowski asked at a Senate Energy and Natural Resources Committee hearing on the measure Thursday.

The bill would establish a federal agency to manage nuclear waste by finding storage sites while looking for a permanent disposal location. The agency would be required to get buy-in for a site from area residents as well as the state’s governor and the local government.

The interim storage sites are intended to circumvent the kind of opposition gridlock that surrounded the Yucca Mountain site.

Every day, the federal government spends $2.2 million to store a total of 80,000 metric tons of radioactive spent nuclear fuel at 80 nuclear power plants – some still operating, some closed, according to the Government Accountability Office and Nuclear Energy Institute. It will take thousands of years for the spent fuel to decay. A 1982 law made the U.S., not the private companies that operate the plants, responsible for disposing of the nuclear waste.

The lack of a permanent solution to nuclear waste storage has hampered the development of the nuclear power industry, said Steve Nesbit, chair of the American Nuclear Society’s public policy division, who represents 10,000 nuclear scientists and engineers.

Maria Korsnick, president of Nuclear Energy Institute, told the committee it should seek to make Yucca Mountain the viable permanent site alongside authorizing interim storage in order to alleviate concerns like those of Fettus that interim storage will become permanent repositories.

But Maine Sen. Angus King indicated that even finding interim storage sites could face the same fate as the Yucca Mountain site.

“What if every state says no?” he asked.