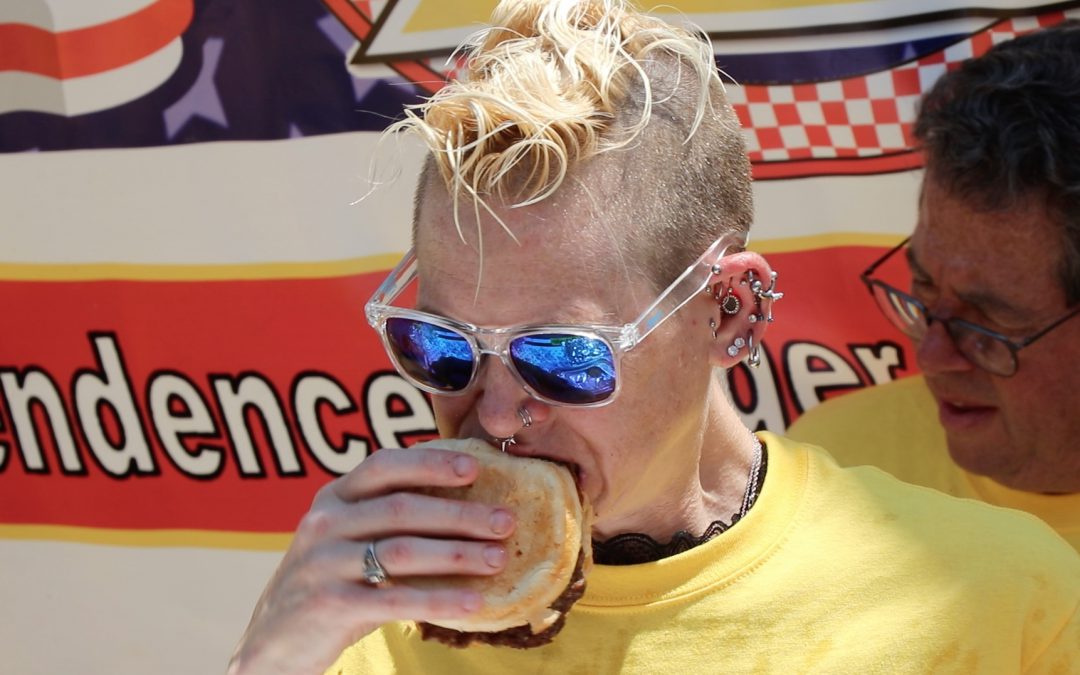 The event Wednesday at the Tenleytown location of the local chain is one of the biggest burger-eating competitions and a must-attend race for professional eaters nationwide. Men and women were entered in the contest to see who could each the most burgers in 10 minutes.

The audience was shocked by how much food Schuyler, a 40-year-old from Plumas Lake, Calif., could consume. But she said it’s her job to win.

“You don’t have a reliable income with eating,” Schuyler said. “So you make yourself eat cause if you don’t, you are broke.”

“Nobody needs to go to the monument to see the tanks. I got 16 tanks lined up right here,” said Peter Tabibian, owner of the Z Burger restaurant hosting the event. He referred to the presence of military tanks expected at the Washington, D.C., July Fourth celebration.

Among the 16 contestants, 10 were first-timers. While most of the newcomers try to empty their stomachs for the competition by not eating anything beforehand, the veterans do not worry so much.

“Me and two other competitors went out, and we got 30 McMuffins and three dozen Dunkin Donuts,” said Schuyler, describing her breakfast.

On the contrary, York College senior Devin Hursey was the slowest contestant in the competition’s history, finishing one burger in 10 minutes. A big McDonald’s lover, Hursey was persuaded by a friend who works for Z Burger to attend the competition.

“I am a slow baller,” Hursey said. “I just ate at my own pace, enjoy the burger.”