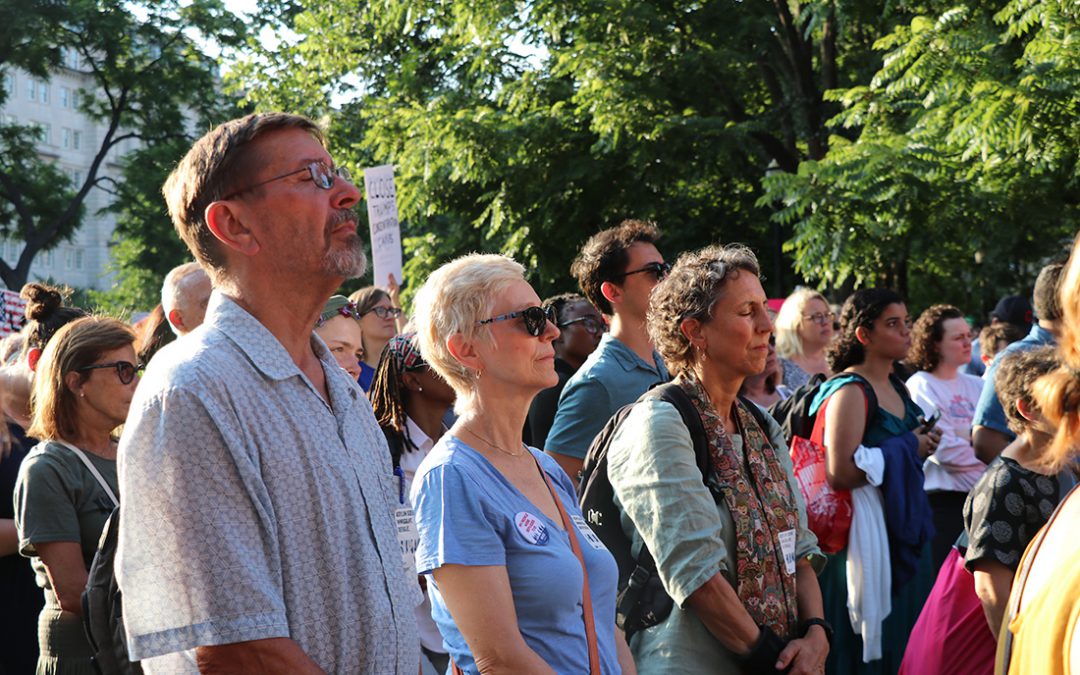 "Lights for Liberty" attendees are silent during a prayer led by a faith leader. (Ariana Puzzo/MEDILL)

WASHINGTON – Susan Kent Avjian, whose parents are Holocaust survivors, says she refuses to stay silent about immigrant detention facilities at the U.S. southern border because it reminds her of the path that led to the genocide of Jewish Europeans by German Nazis in World War II.

As she joined crowds in Lafayette Square Friday for Washington’s “Lights for Liberty” vigil, the 60-year-old Gaithersburg, Maryland, woman said her parents’ experiences during the Holocaust are “integral with who she is” and criticized President Donald Trump and his administration for “talking about people as if they aren’t human beings.”

“What I see Trump and the current administration doing is going down the same path that things started in Nazi Germany,” Avjian said. “I feel that every one of us has to speak up and we can’t let the divisiveness that is permeating our country right now continue.”

The White House did not respond to a request for comment. 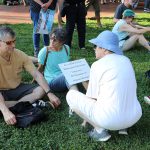 Gaithersburg, Maryland, resident Susan Kent Avjian, 60, waits Friday in Lafayette Square before the start of the “Lights for Liberty” event. Although the vigil was Avjian’s first event, she writes her elected officials, signs petitions and makes donations. (Ariana Puzzo/MEDILL) 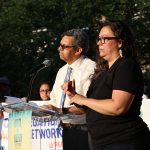 CASA Executive Director Gustavo Torres tells the crowd that deportations do not only affect those at the border. All speakers were accompanied by an American Sign Language interpreter. (Ariana Puzzo/MEDILL) 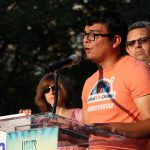 Gerson Quinteros, an organizer with United We Dream, talks about being detained at 9-years-old. “I remember crying a lot. A lot, a lot. I cried so much that when they tried to take my picture, I couldn’t take it. Somebody had to hold me.” (Ariana Puzzo/MEDILL) 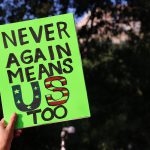 “Lights for Liberty” vigil attendees chant, “Close the camps now” and “Sí, se puede.” The latter chant is the motto of the United Farm Workers of America, meaning, “Yes, it can be done.” (Ariana Puzzo/MEDILL) 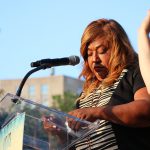 Casa Ruby Founder Ruby Corado is a transgender activist. Casa Ruby houses LGBTQ migrant youth. “I stand in front of you, a proud transgender Latina woman, who once was undocumented and today, stands here in the spirit of Stonewall; another revolution,” Corado said. (Ariana Puzzo/MEDILL) 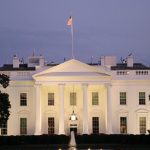 The “Lights for Liberty” vigil is held Friday in Lafayette Square, across the street from the White House. “We must come together, prepared to take this work beyond the White House,” said Ruby Corado, founder of Casa Ruby. (Ariana Puzzo/MEDILL) 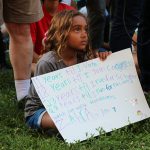 Zahra, 7, sits in front of the stage watching organizers speak to the vigil’s crowd. (Ariana Puzzo/MEDILL) 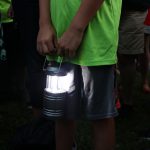 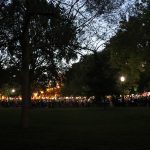 The vigil was one of more than 700 organized across the world over the weekend to demand the closing of detention centers in the southern United States. Trump confirmed earlier on Friday that Immigration and Customs Enforcement agents would conduct raids Sunday to “take criminals out” or deport them “back to their countries.”

Deportations do not only affect those at the southern border, but also families across the country and the Washington metropolitan area, said Gustavo Torres, executive director of CASA, an advocacy group serving Latinx and immigrant people in Maryland, Pennsylvania and Virginia.

“Lights for Liberty is not a moment in time,” Torres said. “It’s a movement, and we are going to keep working together until not one of the children and families are in the detention centers.”

Gerson Quinteros, an organizer with United We Dream, was 9 when he was detained by ICE after crossing the border, but later was released and reunited with his mother in Washington.

“Even after I got [Deferred Action for Childhood Arrivals], I remember still being afraid of what could happen to me or one of my family members,” Quinteros said.“I knew at any moment, I could be separated from them. My experience isn’t unique.”

Avjian said in an interview that the country’s diversity created by immigrants should be embraced. Her father, she said, taught her the importance of speaking out against injustice.

“He says there should be an 11th commandment and that is, ‘Thou shalt not be a bystander.’”