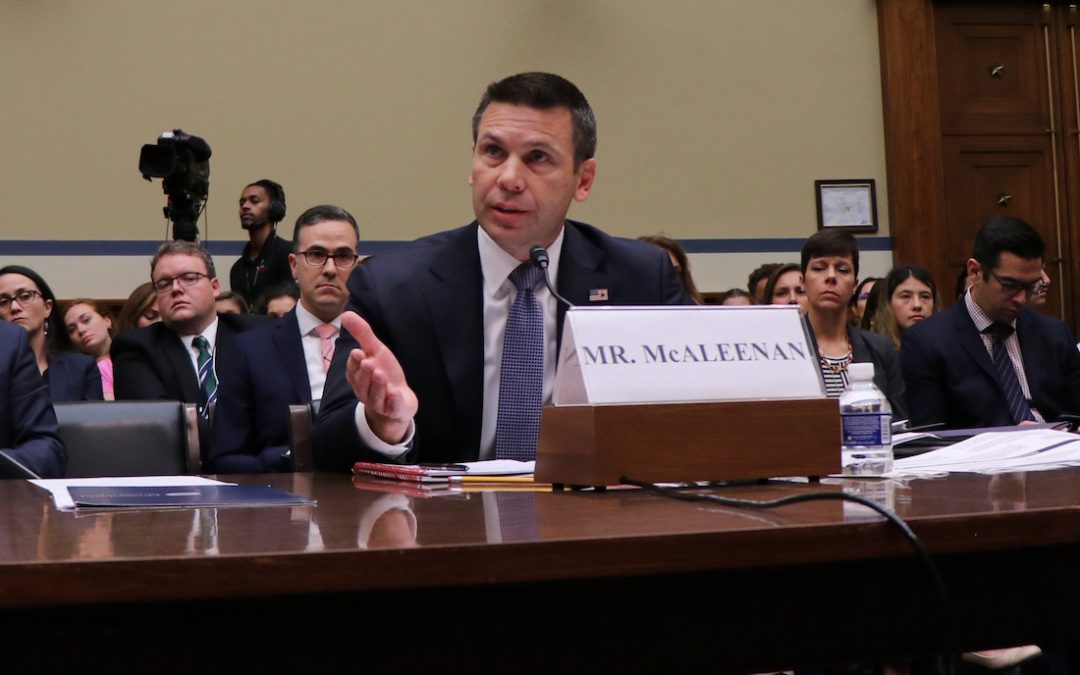 WASHINGTON – Acting Secretary of Homeland Security Kevin McAleenan told a House committee Thursday “incendiary and overwrought attacks on the men and women securing our border” are “damaging,” saying border agents are dealing with an “unprecedented crisis.”

“These false and overheated attacks are not helping to resolve the crisis,” McAleenan told the House Oversight and Reform Committee. “Indeed, they diminish the public’s understanding and cloud its perception of what is happening.”

Cummings cited independent inspector general documents that showed the DHS was not prepared to fully implement the Trump administration’s Zero Tolerance policy or to deal with some of the policy aftereffects.

There have been many news reports detailing inhumane treatment of migrant children and families held in custody at the U.S.- Mexico border, including stories of migrants dying in custody, being kept in overcrowded cells, sleeping on concrete floors and having to drink water out of toilets.

Early in the hearing McAleenan said DHS and Border Patrol agents have taken “extraordinary humanitarian actions” this year to protect migrants in custody.

“We’re doing our level best in a challenging–,” McAleenan started to answer before Cummings interrupted him.

McAleenan and Cummings agreed to tour a border facility together. “I want us to see the same things,” Cummings said.

McAleenan said the border and immigration systems are challenged and overwhelmed by the more than 800,000 migrants that Customs and Border Protection has apprehended or encountered since October 2018. He said he warned about this crisis and asked Congress to address it for over a year.