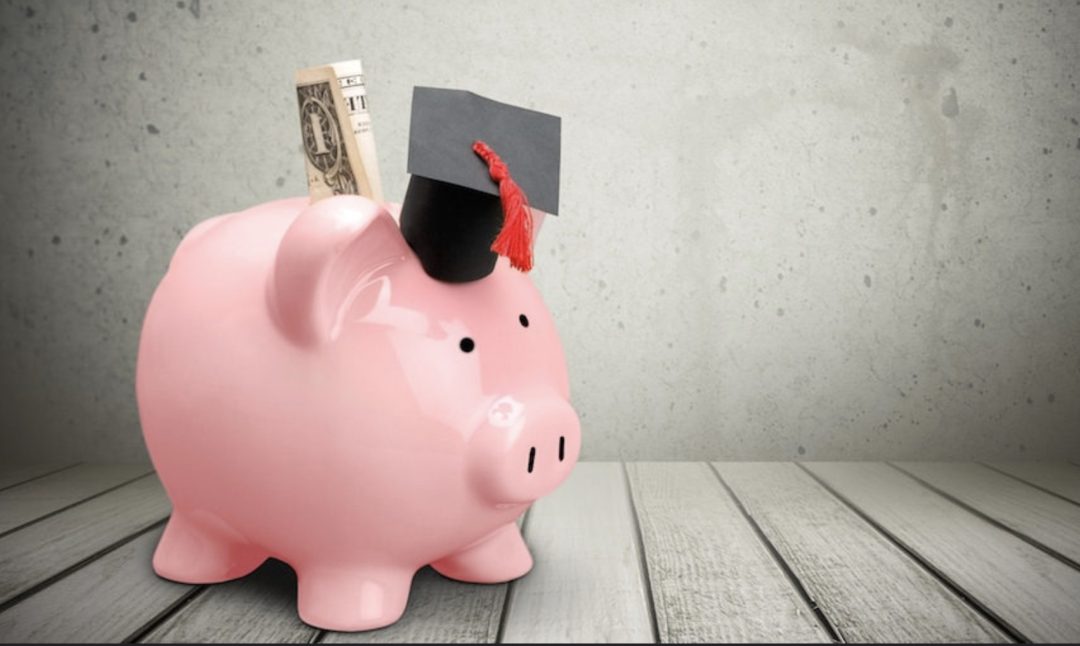 WASHINGTON – A new report from the Government Accountability Office warned that there is a potential $6.1 billion fraud or error in federal student loans being repaid through the income-based plans.

The borrowers of federal student loans might have falsely reported zero income or large family size to be qualified for a lower monthly payment.

The GAO report found that about 76,200 borrowers reported zero income but might have had sufficient wages to make monthly student loan payments. In total, they owned nearly $4 billion in outstanding direct loans as of September 2017.

It also found more than 40,000 Income-Driven Repayment plans were approved based on family sizes of nine or more, which were “atypical” for IDR plans. For a borrower with $40,000 taxable income, a family size of five or more will reduce its monthly payment to zero.

The IDR plans are designed to ease borrowers’ financial burden by setting monthly payments based on a borrower’s monthly income and family size;  they can extend repayment periods from the standard 10 years up to 25 years.

Unlike other repayment plans such as Standard, Graduated, and Extended, IDR plans will forgive all the remaining debt at the end of the repayment period and monthly payments may be as low as zero dollar for some borrowers. 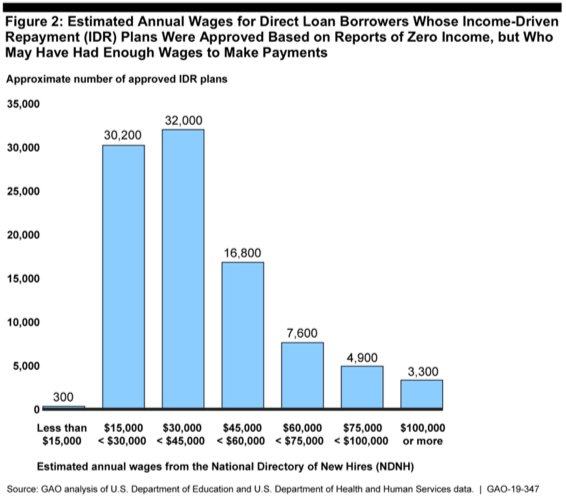 Almost half of the $859 billion in the outstanding federal direct loans was being repaid by student loan borrowers using Income-Driven Repayment plans as of September 2018, an increase by more than 200% from September 2014.

The most extreme cases that GAO found included 3,300 borrowers earning $100,000 or more per year who were approved based on zero-income reports, and 300 borrowers who reported to have 21 or more relatives in their households.

Department of Education officials and four loan servicers interviewed by the GAO said, “Loan servicers might inadvertently make mistakes related to family size.” Sometimes error occurred when borrowers were unclear about who counts as a family member. And servicers might make a mistake when entering the family size from paper applications to their computer systems, the report said.

The Education Department “generally accepts borrower reports of zero income and borrower reports of family size without verifying the information,” the report wrote, while borrowers must provide proof of taxable income, such as tax returns or pay stubs.

“Misrepresenting income or family size is wrong, and we must have a system in place to ensure that dishonest people do not get away with it,” wrote Education Secretary Betsy DeVos in a statement. “We didn’t create that problem, but rest assured we will fix it.”

In response to the GAO report, her agency has vowed to “implement significant additional verification policies…to ensure that borrowers who participated in IDR plans do not misrepresent their income or family size,” wrote Mark Brown, the department’s chief operating officer of Federal Student Aid.

Brown added that to verify borrowers’ information, Congress needs to enact legislation so it can access Internal Revenue Service data.