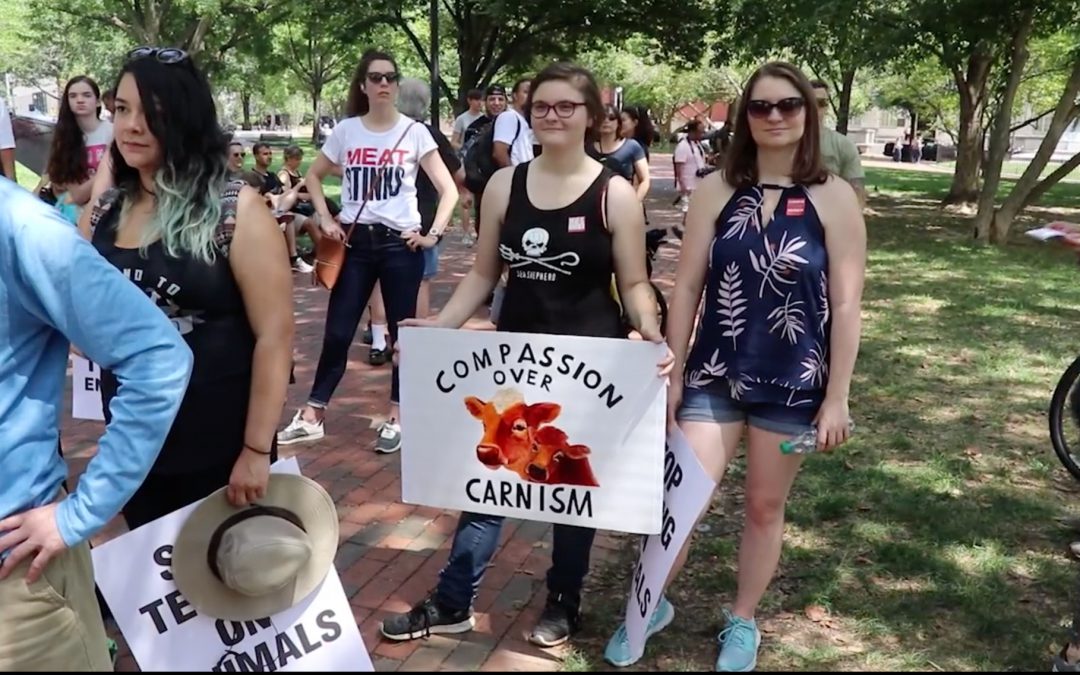 WASHINGTON – Several hundred animal rights activists joined similar groups around the world on Saturday to protest cruelty to animals, marching from the White House to the Capitol as they chanted such slogans as “Animal clothing isn’t fashion, where the hell is your compassion.”

The Washington organization Total Liberation partnered with the United Kingdom animal rights organization Surge, which organized marches in about 50 other locations including London, Toronto, and Mexico City, organizers said.

For about two hours, the marchers protested clothing made of animal skins and meat consumption, among other examples of cruelty to animals.