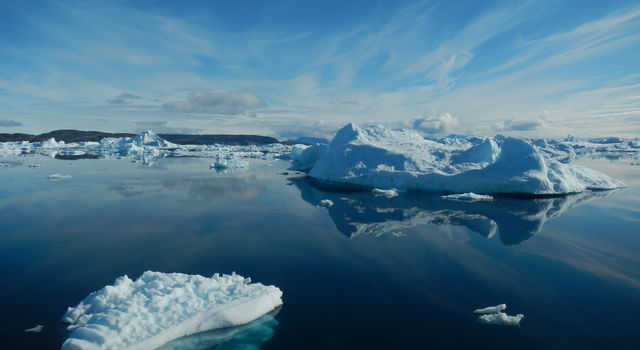 WASHINGTON– In 2013, a study found that conservative individuals would not purchase an energy-efficient light bulb if it was labeled as eco-friendly.

Recent events might suggest that some conservatives have since changed their minds.

In July, Republicans in Congress including U.S. Rep. Elise Stefanik announced the formation of the Roosevelt Conservation Caucus to push for environmental protections while maintaining free market principles, the latest in a growing number of GOP or conservative groups rallying around conservation and clean energy.

The new caucus, led by Stefanik and her fellow U.S. Rep. Brian Mast of Florida as well as Sens. Lindsey Graham of South Carolina and Cory Gardner of Colorado, comes after Florida Republican Rep. Matt Gaetz announced a GOP “Green Real Deal” proposal in April that acknowledges the threat posed by climate change and encourages innovation as a means to reduce greenhouse gas emissions.

In August, Stefanik introduced the Renewable Electricity Tax Credit Equalization Act along with Democratic Rep. Scott Peters of California, a proposal that seeks to extend tax credits for investment in renewable energy. Stefanik, like other lawmakers in the new caucus, declined requests to be interviewed for this article.

These initiatives do not exist in a vacuum. The American Conservation Coalition helped to create the Roosevelt Conservation Caucus, while Gaetz’s Green Real Deal was supported by Citizens for Responsible Solutions, a conservative advocacy group that pushes for clean energy.

A recent tweet by Benji Backer, ACC’s 21-year-old president, listed all the conservative groups that are actively trying to protect the environment while also protecting free market enterprise. Besides ACC and CRES, his list included ConservAmerica, RepublicEn, Students for Carbon Dividends, Clear Path Actions, Conservative Energy Network and the Property and Environment Center.

Each focuses on a different aspect of environmental conservation, but clean energy and free market enterprise are the cornerstone for most of them.

One of ACC’s core principles is that “conservation is a conservative value.” Backer, who is a student at the University of Washington, said that the group was started out of “frustration” with the mainstream Republican view about conservation.

He calls himself a conservative environmentalist, and backs grassroots conservation efforts that allow for free market reform, relying on private-sector innovation to solve environmental issues. “It was the market that came up with clean energy solutions like the Prius. … Let the market flourish,” Backer said.

He criticized the Republican party, saying the party “gave up this space years ago.”

“When the battle lines were drawn between environment and energy, with the realities of job creation … for political reasons Republicans aligned themselves with oil and gas monopoly utilities,” Pischea said. “We need to course-correct. … We are trying to wean the party from its addiction to fossil fuel.”

In the 2010 midterm congressional elections, Republicans retained their majority in Michigan, but while everyone was celebrating, Pischea said he didn’t like the trend he saw: The GOP was having a difficult time connecting to young, educated voters and women, “the same divide that President Trump exposed.”

He and others started looking for issues to better connect with this demographic, and “energy popped” as an issue, he said.

Pischea and Backer say they oppose the big government approach of the Democrats’ conservation policies.

“The left wants to mandate. … We think homeowners (and) ratepayers should have more control,” Pischea said. “Government should get out of the way and let the market do its work.”

In a press release for the Renewable Electricity Tax Credit Equalization Act, Stefanik expressed a similar wish for an environment-economy balance.

She said the legislation would “stop the federal government from picking winners and losers among renewable energy production and … incentivize the utilization of clean renewable energy to bolster both our economy and environment.”

Arguing that unfair taxes have hampered efforts to work towards clean energy, Stefanik touted economic and workforce benefits from the bill.

Backer, too, believes that the Democrats’ green policies have bigger economic targets, not merely conservation — noting that the chief of staff for Rep. Alexandria Ocasio-Cortez, D-N.Y, said that her Green New Deal was about economic overhaul.

Despite differences in approach between the two parties, there have been several other recent bipartisan efforts. In March, the Land and Water Conservation Fund was permanently reauthorized with bipartisan support; bills supporting reauthorization had been co-sponsored by Republican members of Congress as well, including Stefanik. An effort to secure permanent and full funding for it is being spearheaded by “our champions on both sides of the aisle,” said Amy Lindholm of the Appalachian Mountain Club.

The fund, created in 1964, sets apart a chunk of federal funding for natural parks, rivers, lakes and community parks. Lindholm explained that the fund functions as a $900 million conservation effort paid for by oil and gas royalties. “The program has so much bipartisan support, because it really makes a lot of fiscal sense. … It appeals to folks that it’s not just about spending taxpayer dollars,” Lindholm said.

There is growing consensus about conservation among conservatives, but there are also definite challenges rising from within the party.

Backer admitted that the Trump administration’s denial of human factors causing climate change and other administration actions have been frustrating. “It’s an issue for him and us as well,” he said.

But Pischea believes it’s a matter of educating the administration.

Republicans “have not been as immersed in these issues as the left,” he said. “If we could have an audience with the White House, I am sure we can convince them that this was a better move, from a policy and political perspective.”

U.S. Rep. Paul Tonko, the Amsterdam Democrat who is co-chair of the Sustainable Energy and Environment Coalition and chairman of the House Subcommittee on the Environment and Climate Change, said he was “ready to work with anyone who is serious about addressing the climate crisis.”

“Many of my GOP colleagues are no longer actively denying climate science and we have been able to make progress on a number of smaller, bipartisan bills,” Tonko said in a statement, “but mostly House Republicans are still unwilling to offer proposals bold enough to transition America to a clean economy at the speed and scale that science tells us is necessary to avoid the worst outcomes from this crisis.”

Tonko noted that even if the parties could work together to pass meaningful climate legislation, the Trump administration would likely remain as an obstacle.

Trump “has made it clear that he does not believe in the science of climate change,” Tonko said. “As long as President Trump remains in the White House, members of Congress from both parties will realistically be unable to enact the necessary, ambitious, economy-transforming legislation required to tackle this challenge.