Bolton: ‘unacceptable for North Korea to have nuclear weapons,’ U.S. military force should be option 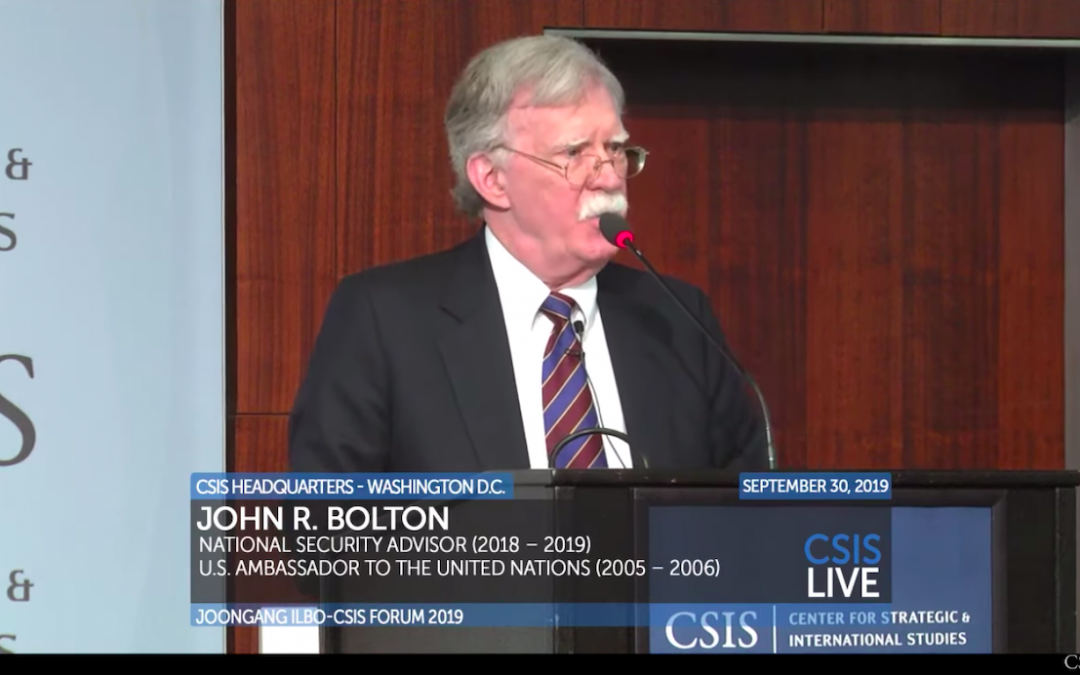 WASHINGTON – In his first public appearance since being fired as national security adviser, John Bolton said the use of military force must remain an option in U.S. efforts to achieve denuclearization in North Korea.

Speaking at the Center for Strategic and International Studies on Monday, Bolton said North Korean leader Kim Jong-un “will do whatever he can to keep a deliverable nuclear weapons capability and to develop and enhance it further.” He may try to get relief from international sections and may make some concessions, Bolton said, but “he will never give up the nuclear weapons voluntarily” because they sustain North Korea’s authoritarian political system and keep its economy going.

President Donald Trump fired Bolton from the national security post on Sept. 10; the two had clashed over Bolton’s aggressive positions on use of military force, especially regarding North Korea.

Bolton said Monday that the U.S. has three options; regime change in North Korea, discussion with China for the reunification of the Korean peninsula under a freely elected government and, lastly, military force.

“At some point, military force has to be an option” he said, but acknowledged that “this (military force) is obviously the most controversial subject.”

If the U.S. fails to stop nuclear proliferation in the Korean peninsula, North Korea could become the new “Walmart or the Amazon, of deliverable nuclear weapons,” said Bolton.

“North Korea say their harvests have been bad and economic conditions are difficult – not so difficult they can’t launch ballistic missiles, but too difficult to buy food for their people,” he said.

The leaders in the United States, China and the Korean Peninsula should focus on these issues rather than focusing on having another summit with North Korea.

“This is not the time for U.S. disengagement or withdraw. It’s time for more U.S. involvement in leadership on the Korean peninsula, in Asia and worldwide,” he said.