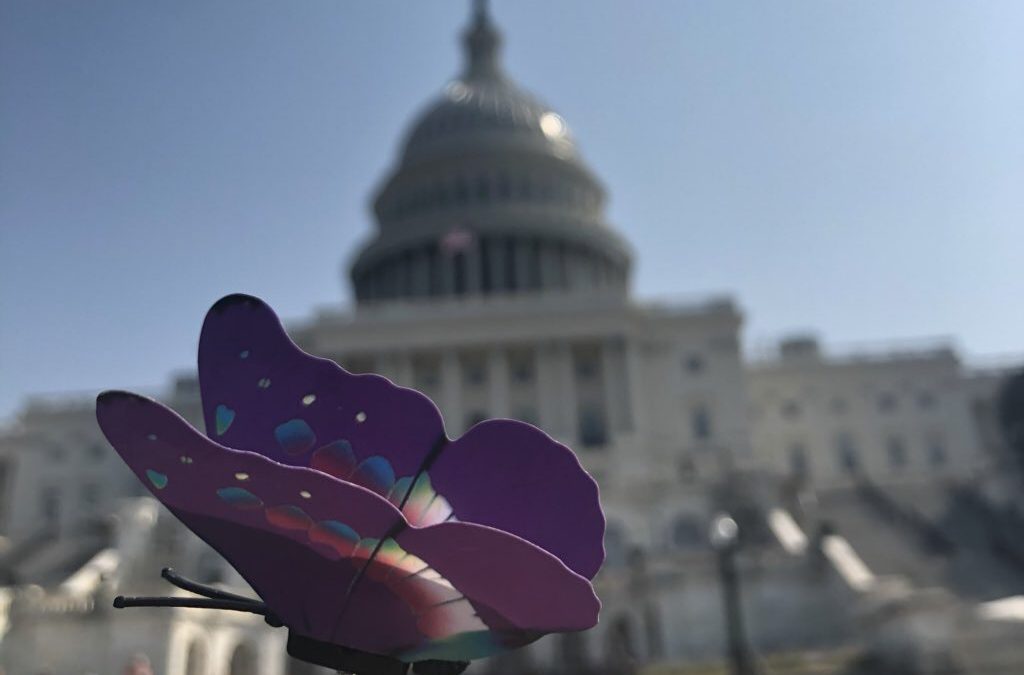 On the first day of Domestic Violence Awareness Month, the advocates and survivors of domestic violence shared personal stories and stories of loved ones who have experienced abuse.

“There’s too many homicides, there’s too many deaths,” said Cynthia Hale, rally organizer. “Andif we don’t speak out, we can’t get our voices heard out there.”

Hale and other supporters expressed frustration with the lack of legislation for survivors and the failure of Congress so far to reauthorize the Violence Against Women Act, which was passed in the House of Representatives in April and has yet to be voted on in the Senate.

“They really need to pass this. the cost of domestic violence, just from a financial perspective is overwhelming,” said Sheri Kurdakl, CEO of Victims Voice, an app that allows victims to document experiences of abuse for use in court.

According to the CDC, the lifetime per-victim cost, including partner violence-related injuries, lost productivity from paid work, legeal fees and other costs is $103,767 for women and $23,414for men.

“Native Americans are very much underrepresented,” she said. “They are one of the hardest hit communities where domestic violence is concerned so they really are a population that really could use something like this.”

Trina Love, a military veteran, spoke about her experiences as a survivor of military domestic violence. “It’s overlooked a lot in the military,” Love said. “A lot of times veterans experience abuse or they [perpetuate] abuse even if they come back from overseas. I just don’t think there’s enough guidance and enough help.”