“We want to be fair to the president.” Pelosi, Schiff Hold Joint Press Conference as Impeachment momentum grows 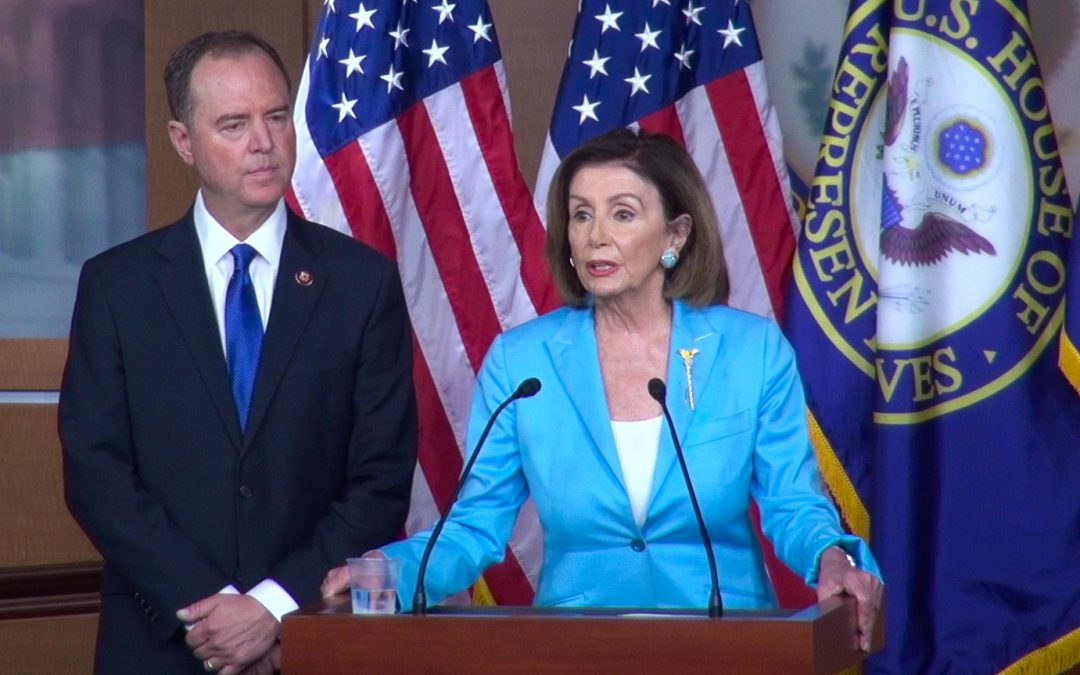 WASHINGTON – House Speaker Nancy Pelosi and House intelligence chairman Adam Schiff Wednesday criticized the White House for its “stonewall” strategy of refusing to hand over requested documents and threatened that they may issue subpoenas as early as Friday.

Schiff said a subpoena was being issued to the president’s personal lawyer, former New York mayor Rudy Giuliani, about his involvement in alleged attempts to solicit damaging information about former Vice President Joe Biden and his son from the Ukrainian government.

“We expect the mayor to comply fully with our requests,” Schiff said.

After Pelosi announced the impeachment inquiry last week, President Donald Trump released a reconstructed transcript of his July call to Ukrainian President Volodymyr Zelensky in which he asked Zelensky to investigate the Bidens after the Ukrainian leader had mentioned wanting to buy U.S. weapons.

“We are concerned that the White House will stonewall our investigation,” Schiff said. “We don’t want this to drag on months and months, even though that appears to be the administration’s strategy.”

Schiff and Pelosi emphasized the importance of whistleblower protections Wednesday morning as the president suggested he wanted to interview the whistleblower.

The whistleblower had filed a complaint with the inspector general for national intelligence after learning about the July phone call.

“I was there when we improved whistleblower protections in the nineties,” Pelosi said. “The president probably doesn’t realize how dangerous his statements are when he says he wants to expose who the whistleblower is…”

Schiff criticized Trump  for what he sees as inappropriate and corrupt behavior beneath the office. He also chastised congressional Republicans for their continued support of Trump in spite of mounting evidence of wrongdoing.

“It’s hard to imagine a more corrupt course of conduct,” he said. “There doesn’t appear to be a floor below which he can drop with my colleagues across the aisle.”

“I think the whistleblower complaint provides a clear roadmap of the allegations we need to investigate,” Schiff said at the hearing.