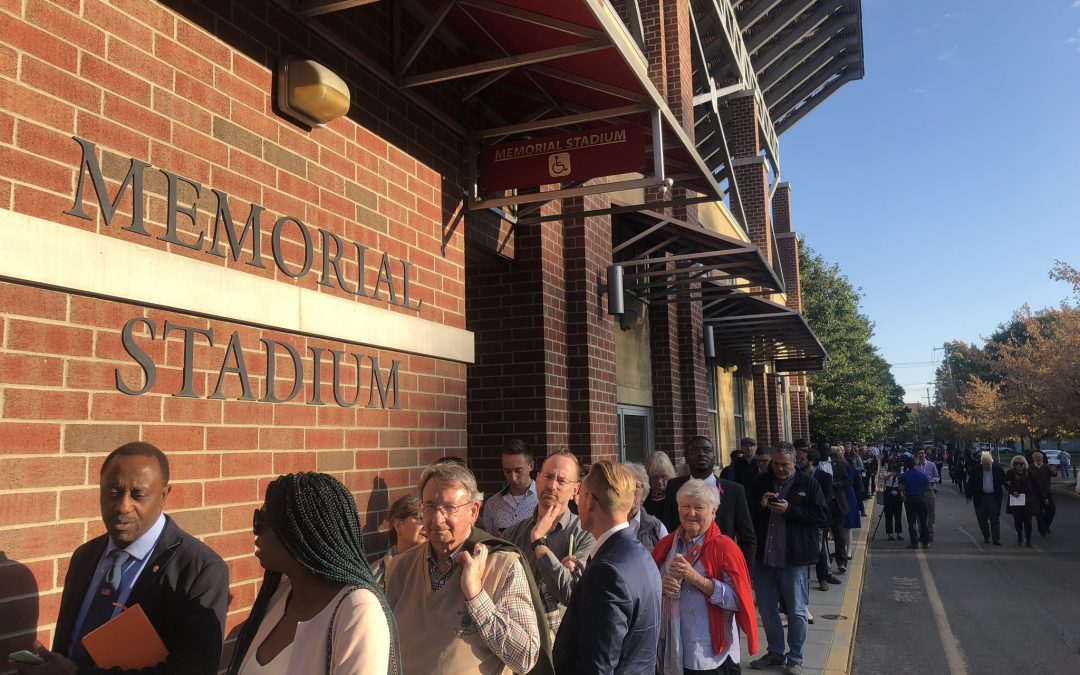 WESTERVILLE, OHIO – With a record number of speakers on stage for the fourth Democratic presidential debate, many people are yet to choose their favorite candidate.

Twelve Democratic presidential candidates have come to Westerville to participate in the debate. Outside the gymnasium where the debate will be taking place, the people attending the debate voiced varying opinions.

They pointed to issues such as healthcare, climate change and women’s rights as key policies they would like to hear more from the candidates.

Many college students attending the debate expressed concerns with making college more affordable. “We all like to get college for less money but I just want to see how the process to go about doing that is,” said a journalism student at Otterbein University.

Few people were fully committed to one candidate, but several candidates were more popular than others. Elizabeth Warren, Pete Buttigieg, Joe Bidden, Kamala Harris, Cory Booker were named as the favored candidates the most.

Some people said that any of the candidates would be better than Trump. “Just about anybody on this stage is better than the current occupant of the White House,” said an audience member from Cincinnati, Ohio.

Some people in the line were optimistic that Ohio would go blue in the 2020 election. A member of Parents, Families and Friends of Lesbians and Gays said, “Yes we are! Go blue, blue, blue!”