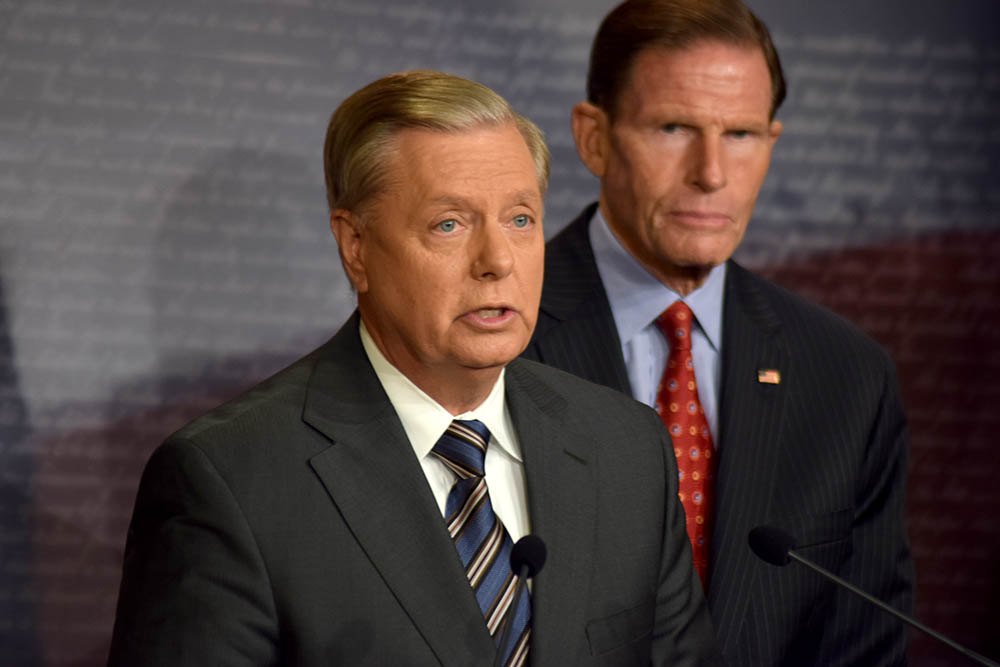 WASHINGTON – Sen. Lindsey Graham, R-S.C., said Thursday that Republicans and Democrats in Congress should unite to impose sanctions against Turkey.

Prior to the announcement of a ceasefire between Turkey and Syrian Kurdish forces, Graham fought for a bipartisan sanctions bill. He called for President Donald Trump to listen to his military advisers and urged him to not allow U.S. adversaries to benefit from the situation.

Graham suggested that reposting U.S. forces to Syria is the logical next step, but refused to comment on how it would be implemented.

Following the announcement of the ceasefire, Graham tweeted, “I stand ready to continue working with the president to build upon this breakthrough. And I also stand ready to work in a bipartisan fashion to insure that incursion by Turkey into northeastern Syria ends without further strategic damage to the United States.”