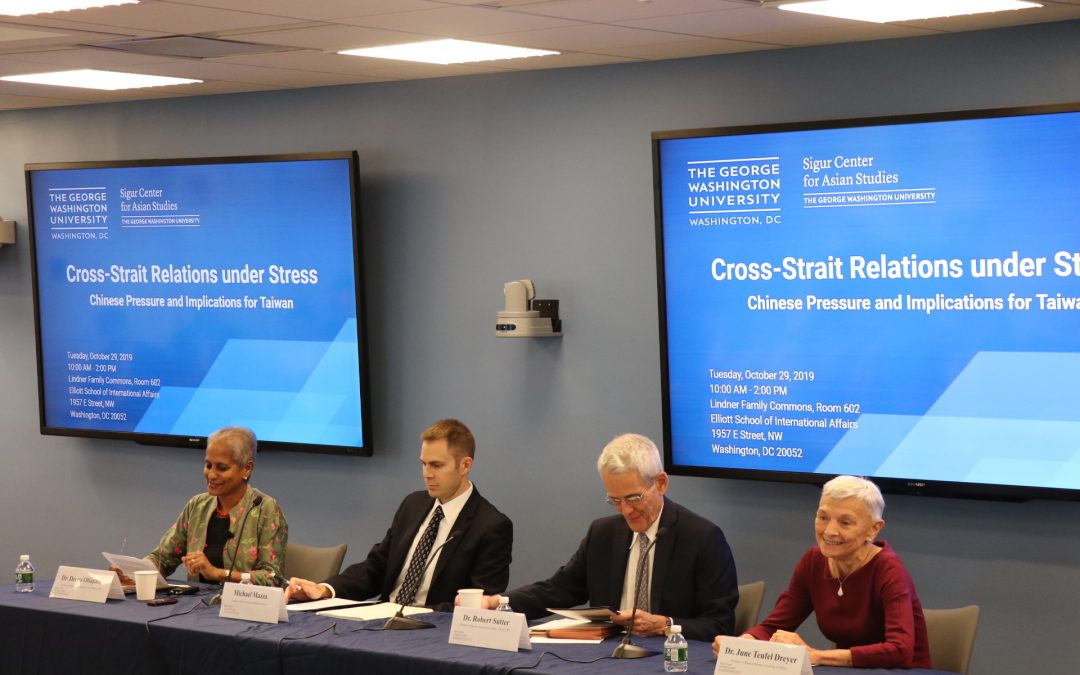 WASHINGTON –China’s military deployment in the South China Sea and near the Straits of Taiwan is Beijing’s latest tactic to assert power over Taiwan, a group of international experts said Tuesday.

June Teufer Dreyer, a political science professor at University of Miami, told an audience at The George Washington University’s Sigur Center for Asian Studies that China’s 70th-anniversary parade showing off advanced weapons last month and the fact that it now has the second-largest military budget in the world are strategies to gain power over Taiwan.

Dreyer cited the Chinese Dongfeng series of missiles as another threat to Taiwan, even to the U.S., which supports Taiwan’s position as a separate nation.

“Chinese President Xi cannot put the ‘one China, two systems’ model into Taiwan, which has been proved as a failure in Hong Kong,” she said. “But China will still keep on the military pressure.”

Congress has passed a series of bills offering U.S. support for Taiwan, and the U.S. continues adhering to a policy that Taiwan is independent of China, while the Chinese claim of sovereignty over Taiwan.

While China has approved more visas for Taiwanese to visit relatives in China and has promoted bilateral trade, it hasn’t changed its fundamental policy of denying Taiwanese separatism, according to Michael Mazza, a visiting fellow at the conservative American Enterprise Institute.

Robert Sutter, an international affairs professor at The George Washington University, pointed out the U.S. increased relations with Taiwan risks antagonizing Beijing, which would increase tension between U.S. allies and partners in the Asia-Pacific area and China.