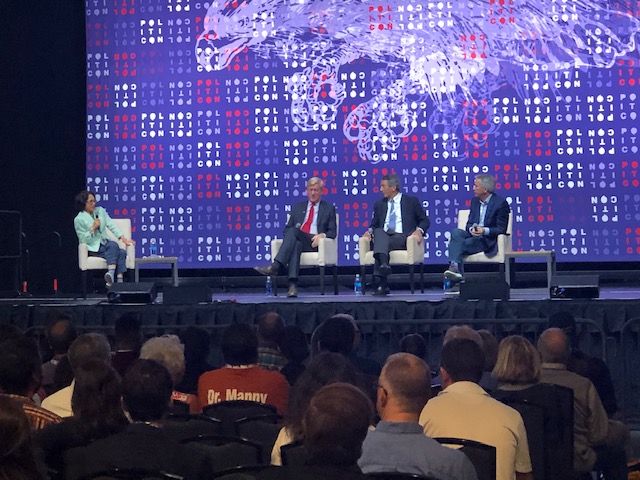 NASHVILLE-Republican primary challengers of President Trump claimed they were open to a Democratic running mate should they get the nomination and suggested the Republican party could not rehabilitate its reputation after the president leaves office on Saturday.

Former Massachusetts Gov. Bill Weld, former South Carolina Gov. Mark Sanford and former Illinois Rep. Joe Walsh all sat down with the Washington Post’s Jennifer Rubin to talk about their election strategy and what they plan to do if they ever become president.

“My path is to expand the electorate of people voting in Republican primaries all over the country,” Weld said on overcoming the polling deficit against Trump. “Bring in more women voters more millennial voters…”

They also expressed disappointment in Republican lawmakers who they feel have capitulated to Trump’s will.

“They want Trump to lose and then they think when Trump loses, Jennifer, the Republican party can go back to the way it was,” Walsh said. “It’s too bad. They’ve sold their souls to this president.”

President Trump’s primary opponents are already facing an uphill battle in the polls. To make things more difficult, four states have already decided to cancel their 2020 primaries, including the home state of Sanford in South Carolina.

“I think we ought to see it for what it is, which is it’s a sign of weakness,” Sanford said. “In the world of politics, If you had the chance to pick up an 80% or a 90% win, which is what they allege, you do it all day long.”

The first Primary for both parties will be the Iowa Caucuses on February 3rd. Only Weld has cracked double digits in any of the polls but has since dropped averaging low single digits similar to his counter parts with President Trump remaining the favorite.