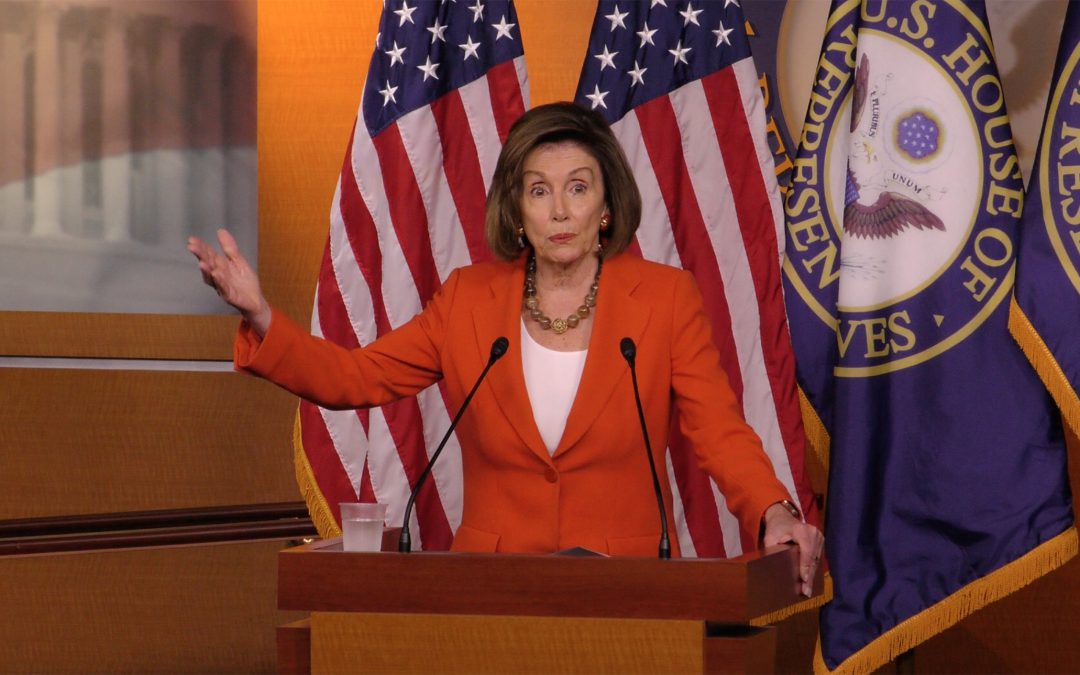 House Speaker Nancy Pelosi called it a "sad" and "solemn" day at the Captiol Thursday when House Democrats passed a resolution to continue the impeachment inquiry into President Donald Trump (HyoJung Kim / MNS).

WASHINGTON — The House of Representatives voted mostly along party lines Thursday to formalize the Democrats’ impeachment inquiry against President Donald Trump, opening the investigation to the public for the first time.

The resolution, which passed 232-196, outlines the process for the next steps in the impeachment proceedings, and puts the House Intelligence Committee at the helm, with support from the five other committees already participating in the inquiry.

This was the first vote in the investigation of whether Trump acted improperly during a July phone call with Ukrainian President Volodymyr Zelensky when he threatened to withhold aid to Ukraine unless Zelensky opened an investigation into presidential candidate Joe Biden.

“Today we are defending the Constitution,” said Speaker Nancy Pelosi on the House floor. “The House is taking the next steps forward as we establish procedures for open hearings to allow the public to see the inquiry for themselves.”

Though the resolution addresses Republican concerns for transparency by authorizing open hearings, Rep. Doug Collins, R-Ga., called the vote an indication of a “curtain coming down on this house.”

“We’re in such a hurry to impeach this president, we really don’t give a darn about the rules,” he said.

Rep. Al Green, a Texas Democrat who has been outspoken in his criticism of Trump, said that the impeachment inquiry confronts “the choice between democracy and monarchy.”

“I don’t believe that the framers intended that we have a president with no guardrails,” he said. “Impeachment is the means by which you allow the president to know that there are guardrails.”

Though House members voted mostly along party lines, two Democrats—Reps. Jeff Van Drew of New Jersey and Collin Peterson of Minnesota—voted against the resolution. They represent areas that overwhelmingly voted Republican in 2016 and 2018.

“Is impeachment now going to become a tool that we all use—Republican and Democrat—to try to remove people from office when they’re less than what we wanted?” Van Drew said.

After the vote, Van Drew told reporters that although Trump did initially ask Zelensky for an investigation in exchange for military aid, the fact that the money was released without an investigation voided the issue. Van Drew did say, however, that Trump’s request was inappropriate, if not necessarily a crime.

Michigan Rep. Justin Amash, who left the Republican Party in July to become an Independent, voted for the resolution.

“This president will be in power for only a short time, but excusing his misbehavior will forever tarnish your name,” Amash tweeted before the vote. “History will not look kindly on disingenuous, frivolous, and false defenses of this man.”

White House Press Secretary Stephanie Grisham said in a statement following the vote that the House Democrats “have done nothing more than enshrine unacceptable violations of due process into House rules.”

Several closed-door hearings are scheduled for next week. Witnesses include two members of Trump’s legal counsel, and one of his assistants.