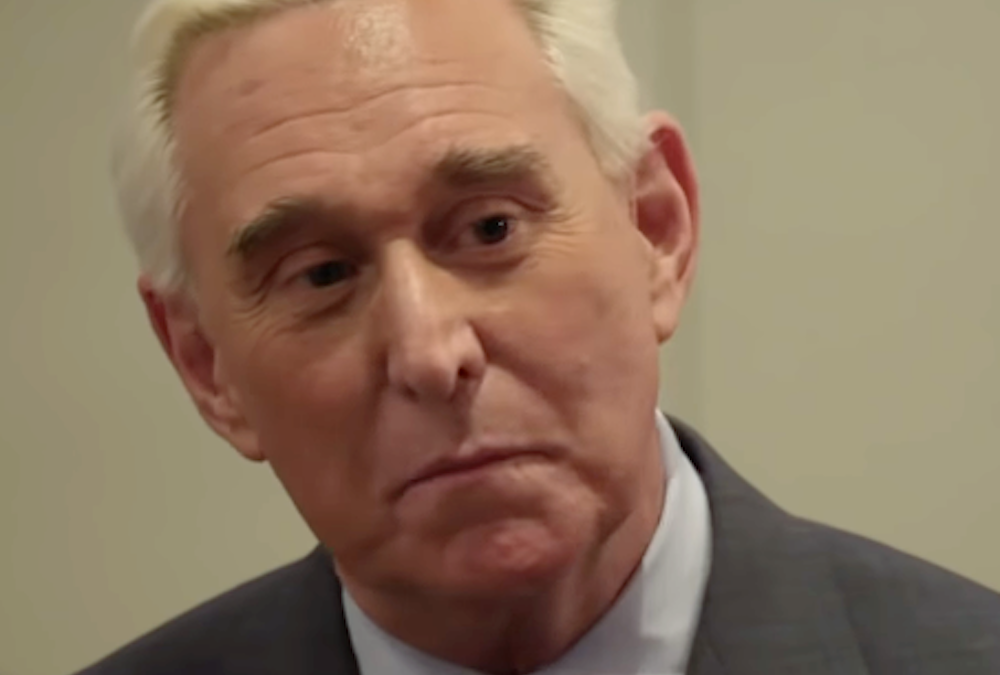 In January, Stone, a self-described “dirty trickster,” was indicted on one count of witness tampering, five counts of lying to Congress and one count of obstruction of justice in relation to a government investigation into possible coordination between the Trump campaign and Russia to influence the 2016 presidential election. Stone has pleaded not guilty to all counts.

The 23-page indictment against Stone was part of the criminal charges leveled by Special Counsel Robert Mueller’s two-year investigation into Russian interference in the 2016 presidential election. Stone was accused of being a conduit between the Trump campaign and Wikileaks, which disseminated internal Democratic National Committee documents allegedly stolen by Russian intelligence agents during the final months of the election. The leaks were aimed at hobbling Trump’s opponent, Hillary Clinton.

At the outset of the proceedings, U.S. District Judge Amy Berman Jackson said she would not allow elimination of prospective jurors just because they work for the federal government or because they have opinions about Trump.

“I don’t think you can assume that because someone works for the government, they have an interest against Donald Trump or people who work for them,” she said.

Stone’s lawyers, however, tried to strike the first potential juror, a woman who served as a communications director for the White House Office of Management and Budget under the Obama administration and whose husband is a Justice Department national security attorney.

Jackson denied the motion because the potential juror “said credibly she doesn’t have an opinion on this case.”

The judge also blocked defense lawyers’ efforts to strike prospective jurors who work for the Internal Revenue Service and for the Securities and Exchange Commission, one of whom had said she had voted for Clinton.

“Donald Trump is the chief executive for whom these individuals work,” Jackson said.

During the morning session, Stone suddenly left the courtroom with his wife and felt ill in the bathroom. Following the lunch break, he reported suffering from food poisoning and he asked to be excused.

“You will be well represented in your absence,” Jackson agreed. “I hope you get the rest and attention you need and that you are feeling better tomorrow.”

Court proceedings were also briefly interrupted as a member of the audience experienced a seizure and was escorted out by paramedics. Before the incident, he said he knew Stone and had come from New York to show his support.

Lawyers for the government and for Stone may give opening statements as early as Wednesday morning. The trial is expected to last two to three weeks.