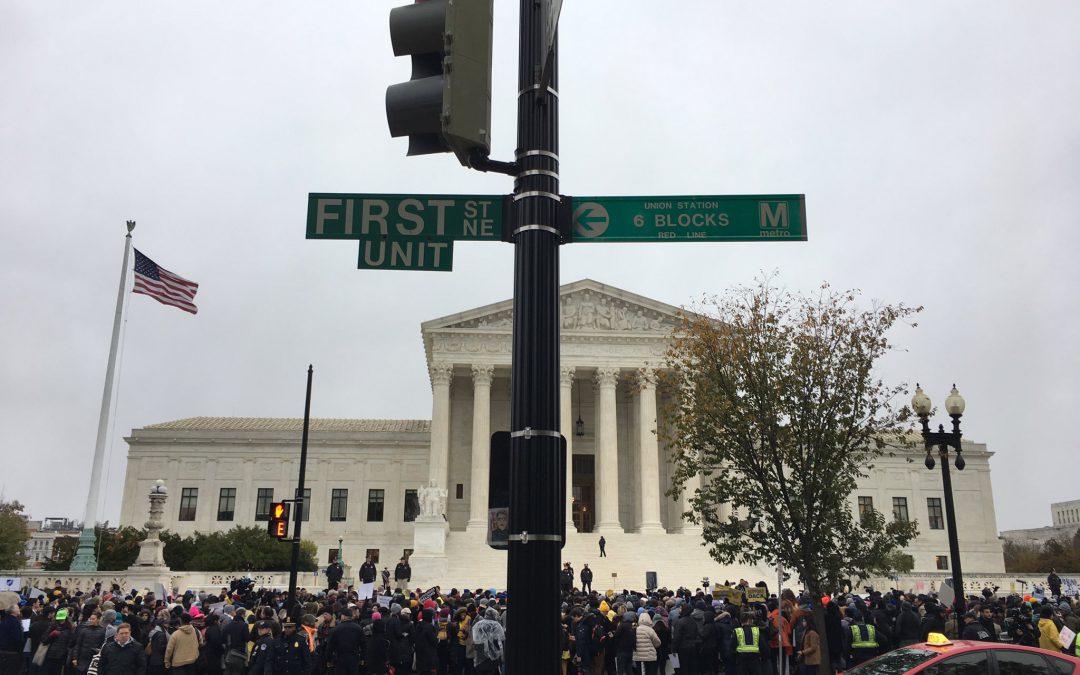 Thousands of people including DACA recipients, undocumented immigrants, lawyers and activists gathered at the steps of the Supreme Court on Tuesday. (Soram Cheon / MNS)

WASHINGTON – Our Conversation with Journalist, HyoJung Kim, who attended the DACA argument at the US Supreme Court on Tuesday, as it heard challenges to the Trump Administration effort to end DACA.

It was President Obama who issued an Executive Order to allow those illegal immigrants, who were brought into the country by their parents as children, to stay in the nation. The Trump Administration challenged the legality of the Obama Executive Order and that challenge went to the US Supreme Court on November 12, 2019.

HyoJung Kim shares the background on the issue, and we hear from several of the DACA immigrants, who are now adults, as they share their history of being raised in America and how they feel that they are Americans, though they are legally in the country illegally.

The decision on the DACA case may not be issued until June 2020.