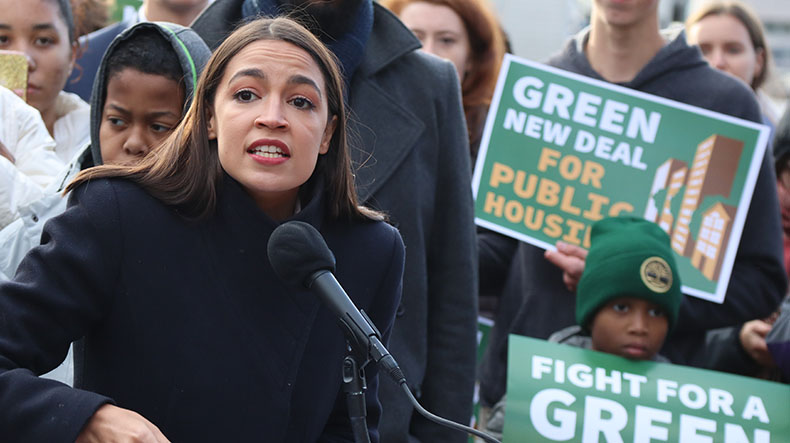 The Green New Deal for Public Housing Act calls for $180 billion over the next 10 years to repair and retrofit all federal public housing with renewable energy technology with the ultimate goal to eliminate the carbon emissions of those buildings.

“Our public housing stock has been neglected for far too long,” Sanders said at a news conference outside the Capitol. “In fact, in the midst of a housing crisis, we are losing 10,000 units of public housing every year. How crazy is that?”

The two high-profile members of Congress were surrounded by activists from the Sunshine Movement to fair housing advocates from New York City.

“Growing up in public housing, I had people watch over me. I had two parents who paid the bills and put food on the table,” said Lakeisha Taylor, an advocate and tenant of the New York City Housing Authority. “What I didn’t have was accountable management that took care of my living environment so I wouldn’t have to fear about the building coming down or the health of my children.”

Both Sanders and Ocasio-Cortez have suggested the legislation will not only upgrade the energy efficiency of the units, but call for regulations that make them safer and more comfortable.

“We are improving the quality of life,” Ocasio-Cortez said. “It’s not just about filling to end the criminal neglect (of these units), but it’s about leaping into the future.”