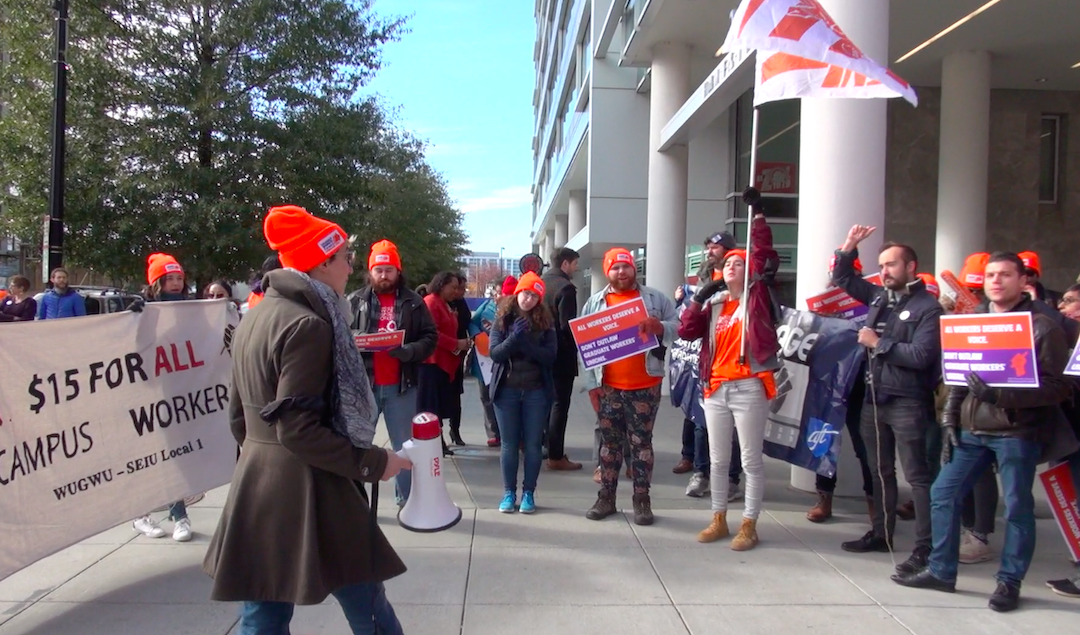 WASHINGTON – Graduate student workers rallied at the National Labor Relations Board Thursday protesting the Trump administration’s proposal to limit their right to join a union.

The National Labor Relations Board proposed a regulation in September redefining “student” as those who perform any services for compensation at a private university who are not “employees.” Under the proposed rule, students will primarily have educational relationships with the university, not an economic relationship.

Similar protests were carried out across the country, including Chicago and Boston, but the protest in DC drew people from as far away as California.

The protestors handed over 20,000 comments to the National Labor Relations Board to send a message that they do not agree with the proposal.

An officer from the board said they look forward to hearing from the public, and they will accept and review all comments.