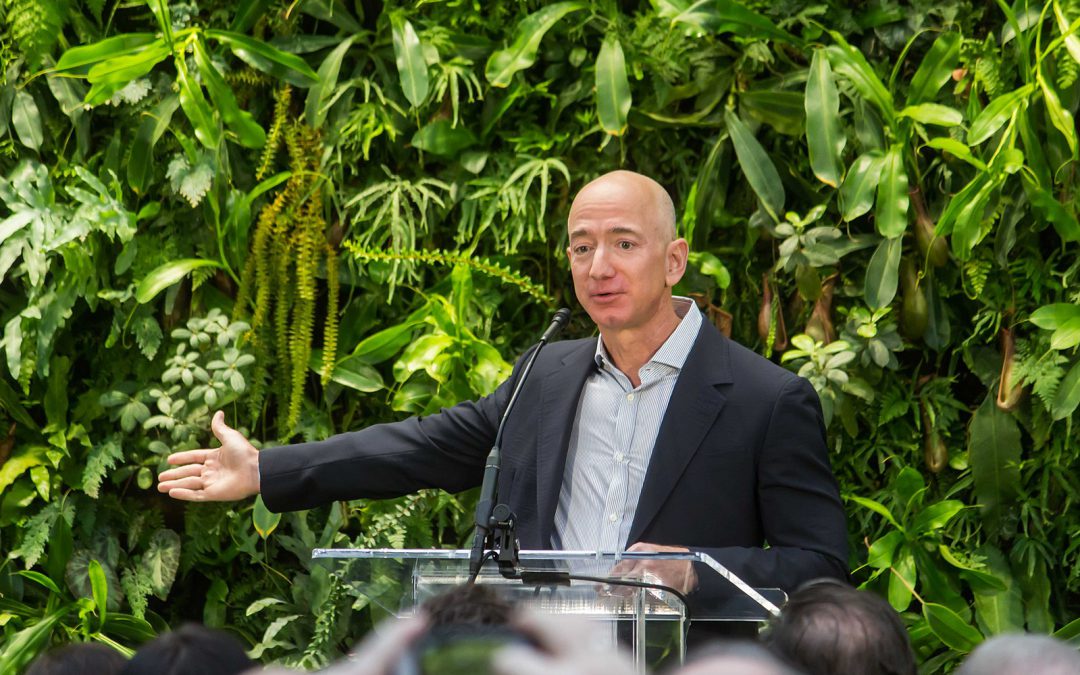 Amazon CEO Jeff Bezos. (Wikicommons)
WASHINGTON — Tech giants Amazon, Google and Facebook are facing increasing scrutiny from Congress over their online dominance and potential to threaten thousands of small businesses that compete with them.
The criticism has ramped up over the past year, especially after Democrats regained control of the U.S. House of Representatives. Many lawmakers worry the concentration of power in the hands of just a handful of large companies could damage the ecosystem of the economy.
“The sheer size of these ‘Big Tech’ companies … and their concentration of power influencing online traffic raises questions that should concern anyone who cares about market access and small business development,” Rep. Nydia Velazquez of New York said Thursday.
“There is growing anxiety, not only in the U.S. but around the world, that Big Tech poses a threat to innovation and competition,” she said.
Velazquez made her remarks during a hearing Thursday by the House Small Business Committee to explore the influence of large tech companies. Velazquez, the panel’s chairwoman, questioned the extent to which Big Tech is responsible for the 50% drop in the rate at which small businesses are started compared to 50 years ago.
The hearing was part of a wider congressional and federal examination of Big Tech. Their almost exclusive ability to direct online traffic has raised major concerns about their influence on the survival and development of small businesses.
The House Antitrust Subcommittee, for its part, has held hearings and requested documents from the tech companies about potentially anti-competitive practices. The Federal Trade Commission and the Justice Department also have opened inquiries into whether the big tech firms have violated antitrust law.
Earlier this week, House lawmakers called for two top antitrust regulators to take more action against large tech companies, accusing them of swallowing up competitors and consolidating power for years whilst avoiding serious scrutiny.
At Thursday’s hearing, Amazon and Google executives defended their companies, saying they play a pivotal role in helping small businesses to reach more consumers.
“By offering small businesses a low-cost way to reach customers worldwide, and through our investments to support these businesses, Amazon lowers barriers to entry for entrepreneurs,” said Dharmesh Mehta, the company’s vice president of customer trust and partner support.
More than 50,000 small and medium sized businesses exceeded $500,000 in sales on Amazon in 2018, according to an Amazon (TICKER:AMZN) report.
Yet critics say Amazon sometimes modifies product-search results and even decides to sell or manufacture products itself, posing a substantial harm to small businesses. Lawmakers have called on the company to show more transparency and fairness in the way it interacts with businesses and customers.
Like Amazon, Google also contends its online tools have helped small businesses to flourish. Erica Swanson, head of community engagement for its business-training Grow with Google initiative, defended Google’s relationship with smaller firms.
“In 2018, Google’s search and advertising tools helped provide $335 billion of economic activity nationwide” and “more than 1.3 million businesses, website publishers, and nonprofits benefited” from the company’s ad services, Swanson said.
Those arguments did not appear to sway key lawmakers such as Velasquez. She said small businesses are at risk when they have to compete with large companies like Amazon and Walmart (TICKER:WMT), which spend millions on advertising in order to appear on the first Google search page.
This “crowds the opportunity for small businesses to advertise online,” Velasquez said. “Small businesses cannot survive on the internet if they cannot be found.”
Facebook and Apple  were asked to testify but declined to do so.
“Their failure to appear not only impedes Congress’ mission, but also speaks volumes about the companies’ commitment to transparency and their very own customers,” Velazquez said.