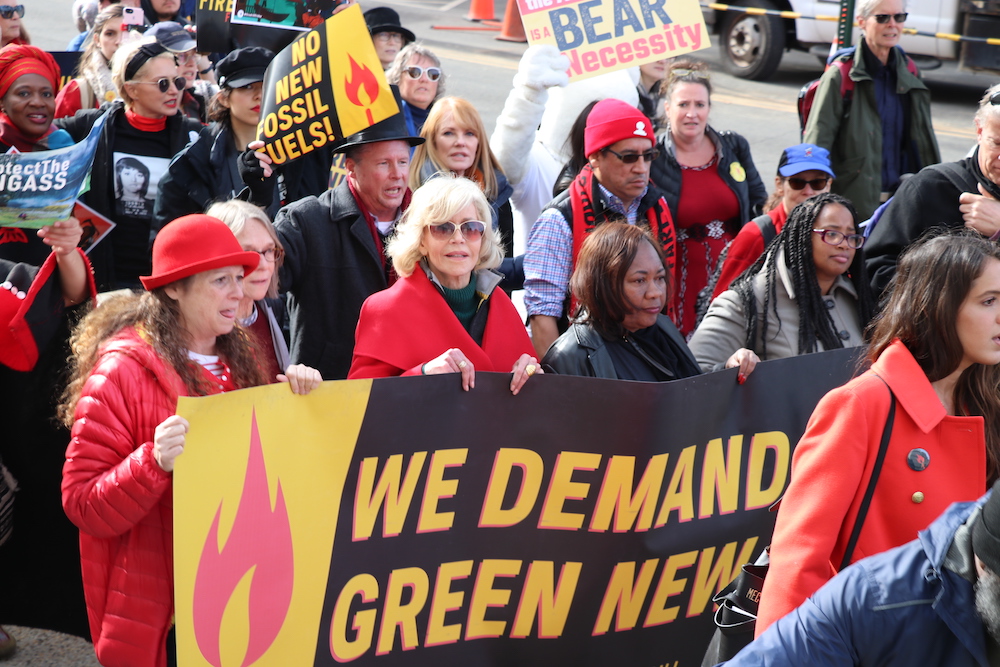 WASHINGTON — Actress Jane Fonda, along with cast members of “Grace and Frankie” and worldwide climate activists, gathered in front of the U.S. Capitol Friday for the sixth consecutive Friday to protest the lack of congressional action on climate change and the continued use of fossil fuels.

Some of the activists present were “Grace and Frankie” co-stars Brooklyn Decker and June Diane Raphael, environmental lawyer Robert F. Kennedy, nephew of President John F. Kennedy, and filmmaker Abigail Disney. Raphael and Kennedy were among around 50 other arrested protesters.

This week’s focus was on environmental justice, as Fonda said minority groups in the country are at a disadvantage and suffer the effects of climate change more than others.