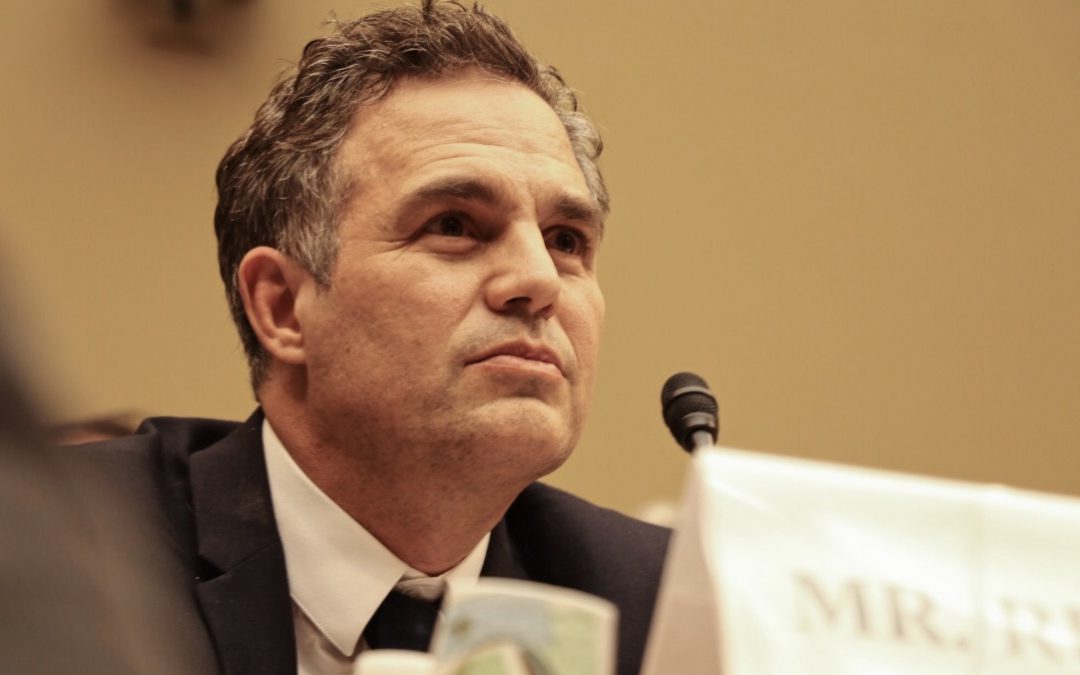 WASHINGTON — Actor Mark Ruffalo defended himself Tuesday against criticism by Republican lawmakers who said his appearance at a House subcommittee hearing as a witness on the dangers of PFAS chemicals was just a way to promote his new movie.

“I could use that [celebrity] and do car commercials and make a lot more money, “ said Ruffalo, who cited his many years as an activist for clean water issues. “I want to give people a voice that don’t have a voice and that’s why I’m here today and that’s why I wanted to make this movie.”

Ruffalo stars in the newly released movie “Dark Waters,” which follows the journey of Rob Billiot, an attorney who defends a West Virginia farmer whose cattle have been poisoned by toxic runoff.

The hearing was the subcommittee’s fourth on the threats of PFAS and related chemicals.

PFAS chemicals can be found in a variety of ordinary household products from nonstick pans to paints and food packaging. They were also used in firefighting foam on military bases to put out jet-engine fires. The chemicals have been connected to a variety of health issues from infertility to increased cholesterol and certain cancers.

While conservative lawmakers agreed that drinking water regulation is needed, they reiterated that companies had taken steps to remove similar chemicals from their products already.

“I’m happy that we’re having these hearings and I think that there can be a path forward to help solve the problem and clean the waters, and ensure at the very least that there are no more toxic chemicals that end up in our drinking water ,” said Rep. James Comer, R-Ky.

Scott Faber, senior vice president of the Environmental Working Group, a research and advocacy group, said companies have phased out the use of some toxic chemicals but replaced them with others that present many of the same health risks.

“The challenge is that we’re playing a game of chemical whack-a-mole,” Faber said.

Mark Favors, a veteran, cried while telling of 16 family members diagnosed with cancer who had all resided in contaminated areas for at least 10 years.

In September, the New York State Department of Health and University at Albany’s School of Public Health received a $1 million joint grant from the Center for Disease Control and Prevention to study PFAS contamination, analyzing contamination in Hoosick Falls and Newburgh areas, whose residents have been exposed to the chemicals from their use at nearby industrial and military sites.

Preliminary groundwater tests around a Hoosick Falls’ plant found chemical levels as high as 18,000 ppt, and in one area 21,000 ppt.

At the hearing, Ruffalo insisted that regulation should not rest with the government or consumers and expressed concern for communities that must contend with the effects of prolonged exposure.

“The problem is not limited to PFAS,” said Ruffalo. “It’s the companies that make billions of dollars producing these chemicals, not the rest of us, who should be required to prove their products are safe.”