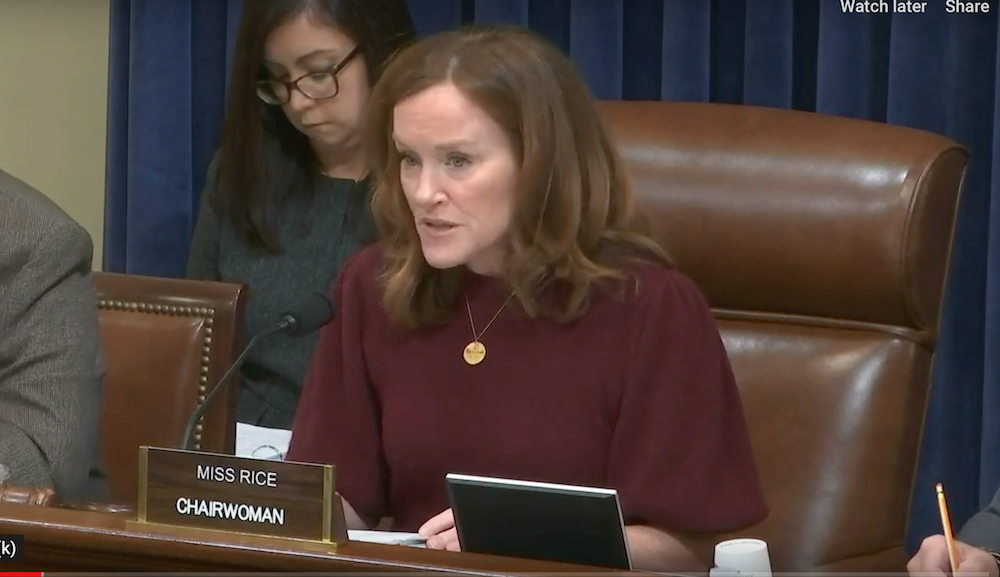 WASHINGTON – The 10-month-old immigration policy nicknamed “Remain in Mexico” is allowing criminal organizations to expand their reach along the U.S. border, the chairwoman of a Homeland Security subcommittee hearing said Tuesday about the program that forced more than 55,000 asylum seekers to wait in Mexico while U.S. officials processed their requests.

The Migrant Protection Protocols program, more commonly known as Remain in Mexico, went into effect in January. Most of the 55,000 waiting asylum seekers are strangers to Mexico, having fled Central and South America because of violence and government oppression. Before January, asylum seekers were permitted to stay in the U.S. while their cases were examined by U.S. courts.

“In addition to provoking yet another humanitarian crisis, Remain in Mexico presents a serious threat to our national security,” said Rep. Kathleen Rice, the New York Democrat who chairs the Border Security, Facilitation, and Operations Subcommittee.

Other Democratic lawmakers at the hearing also expressed significant concern about the Department of Homeland Security’s compliance with legal obligations, examining issues related to the tent courts that have been built along the US-Mexico border in Laredo, Brownsville and other towns to process asylum requests under the new policy.

Immigration attorneys and human rights groups, including Human Rights Watch and Save The Children, have forcefully criticized the program, arguing that it exposes a vulnerable population to a dangerous country where criminals tend to prey on migrants.

Rice agreed: “These migrants are now being forced to wait in conditions that are just as dangerous as the ones they fled, if not more so.”

On Monday, Douglas Stephens, a former asylum officer with U.S. Citizenship and Immigration Services, told reporters that the program is an illegal process that endangers asylum seekers.

Attorneys and activists have also complained that the “Remain in Mexico” makes it almost impossible for attorneys to adequately represent their clients.

The tents are closed to the public, protected by wire fences and security managed by private companies. The judges are also not physically present at the facilities, instead presiding the hearings by video teleconference from several miles away.

Erin Thorn Vela, staff attorney at Texas Civil Rights Project, referenced in her testimony the “endless horrors” of the tent city in Matamoros, where over 1,000 people have been kidnapped, extorted or raped. Food and medicines are also lacking, according to the organization.

The US government is “knowingly permitting this abuse,” Vela said.

Rep. Clay Higgins, the top Republican on the committee, forcefully defended the program and described the hearing as a partisan “show trial” because DHS was not present.

As a result of the policy, thousands of migrants have given up on their legal claims and returned home to avoid facing violence in Mexico.

Chairman Bennie G. Thompson, D-Miss., pushed back, saying that efficient border security has always been a bipartisan priority of the subcommittee. Yet, “blocking the asylum process for vulnerable people by risking their lives by putting them in harm’s way does not make us any safer,” he said. “It makes us less the America we hold ourselves out to be.”

Tuesday’s hearing is “only the beginning of what Congress must do” to end the policy, the Texas Civil Rights Project said.