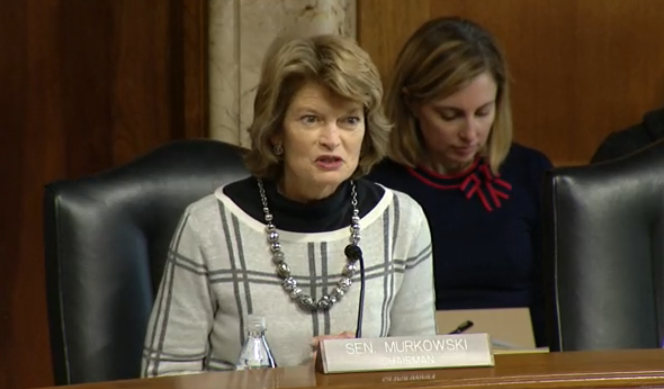 WASHINGTON — Rural counties are in danger of deep cuts in federal funding if Congress doesn’t renew programs that provides funds to them due to lost revenue from tax-exempt Federal lands and from a drop in timber harvesting on federal land, senators and experts at a Senate Committee on Energy and Natural Resources hearing said Thursday.

The Secure Rural Schools and Community Self-Determination Act, which expired last year, and Payments in Lieu of Taxes, which will expire this year, provides funding to local governments where much of the land in the county is owned by the federal government and not subject to local taxes.

Rural counties have relied on receiving a portion of revenue from timber harvests on federal land in their county, but the revenue from harvests decreased in many areas since the 1980s, so the SRS was passed to offset the loss in funding. The money from SRS can be used for funding local schools, as well as roads and emergency services. PILT provides federal funds to counties to make up for lost revenue because they have a lot of federal land, and it also provides funding for things such as schools and emergency services.

“It is desperately needed for our Montana counties,” said Sen. Steve Daines, R-Mont. Daines said that low population density of Montana counties coupled with a high percentage of federally owned land makes it difficult for these counties to raise money.

If these programs are not restored, some fear that rural communities could lose a substantial portion of their funding, senators and witnesses said.

“We don’t have the opportunities that urban schools have,” he said, explaining that schools in Wrangell may have to cut extracurricular activities that are only available to the school. Prysunka also said that since PILT is a discretionary program, the funds appropriated for it can change year to year, creating uncertainty for local governments about budgeting.

Sen. Ron Wyden, D-Ore., said, “let’s get these rural communities off the rollercoaster.” Wyden wants to create an endowment fund to make payments to counties more consistent and stable long-term.

Denise Flanagan, Director of Budget for the Department of the Interior, said that if SRS was not renewed, PILT payments to communities affected by this loss of revenue would increase, but it may not offset the total loss of revenue from SRS ending.

Several bills have been introduced, with bipartisan support, to continue these programs. However, they have not been brought to a vote.