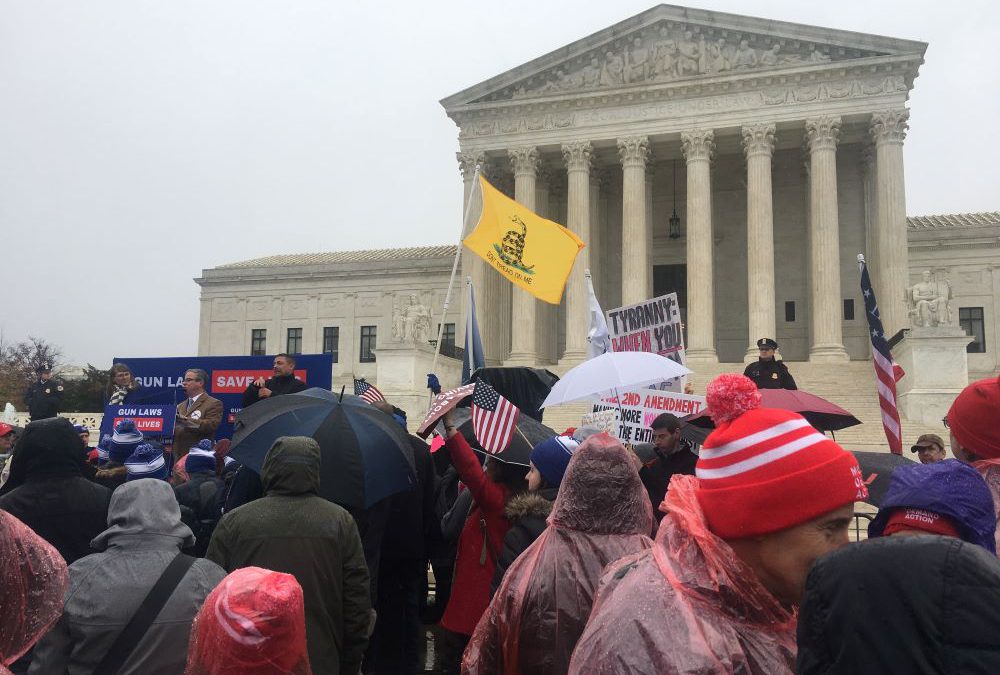 WASHINGTON — In the first Second Amendment case in the Supreme Court since 2010, the court on Monday mostly questioned lawyers on whether they should even make a ruling since the New York City rules in question has been changed to defuse the controversy.
repealed.

The case involved three New York City residents who challenged the city’s “premises licenses” rules, which prohibited gun owners with such licenses from taking the guns outside their homes except seven approved gun ranges in the city.

Federal district and appeals courts ruled in favor of New York City, but after the Supreme Court decided to take the case, New York City changed its rules to allow guns to be transported to gun ranges outside the city as well as to a second home. In addition, New York state passed an amendment which prohibited local governments from having such restrictive rules on premises licenses.

During Monday’s oral arguments, the justices mainly questioned whether the actions taken by New York City and the state government made the case moot because the issue had been resolved.

Liberal leaning justices’ questions to the lawyers representing the gun owners seemed to favor a ruling that the case is moot.

“What you’re asking us to do is to take a case in which the other side has thrown in the towel and completely given you every single thing you demanded in your complaint for relief, and you’re asking us to opine on a law that’s not on the books anymore,” Justice Sonia Sotomayor said.

But, on the conservative side, Justice Samuel Alito was most outspoken in support of keeping the case alive.

“Why is this case moot? Because they didn’t get all that they wanted.,” he said. “They wanted a declaration that the old law was unconstitutional, period.”

Alito also said that the gun owners did not get all they wanted because even though they can travel to ranges outside the city, this travel must be ‘continuous and uninterrupted’ under the New York City law.

If the Supreme Court does decide to issue a ruling in the case, it may have significant implications for how the Second Amendment is interpreted by lower courts.

Trevor Burrus, a research fellow for the libertarian Cato Institute’s Robert A. Levy Center for Constitutional Studies, said that even though this case isn’t about a hot-button issue, such as an assault weapons ban, it still gives the court an opportunity to flesh out the meaning of the Second Amendment and potentially create a new test for Second Amendment cases. Burrus said besides the mootness aspect of the case, “The biggest question is whether or not the court succeeds in articulating a test that five justices can vote for that actually clarifies the holding of Heller and McDonald, and gives lower courts more guidance in how to address these laws.”

Jacob D. Charles, lecturing fellow and executive director of the Center for Firearms Law at Duke University School of Law, said that there are three approaches to Second Amendment tests. One option is the two-part test that lower courts have been using which uses intermediate scrutiny to determine if a law that burdens the Second Amendment is constitutional. Another approach is to increase the standard that laws that burden the Second Amendment are judged to strict scrutiny, which would lead to more laws being struck down. A third approach, is the text, history and tradition approach.

Charles said that Justices Brett Kavanaugh, Neil Gorsuch and Clarence Thomas may favor establishing a text, history and tradition test based on their prior rulings. Charles noted that gun laws have varied throughout history and geography, so the text, history and tradition approach could vary depending on how it is defined and applied. “If the test gets applied in a way that says a current law, a modern law is only constitutional if there is a historical analog, that would have the potential to do a lot of damage to the current regulatory landscape,” Charles said.