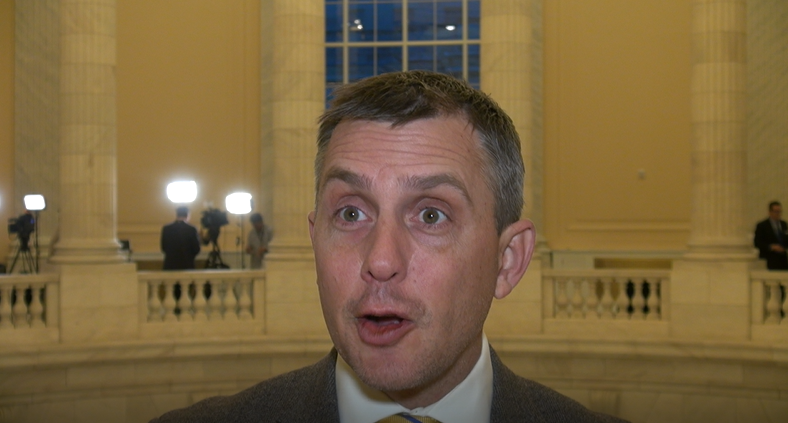 WASHINGTON – As the U.S. House of Representatives inches closer to a vote in favor of impeaching President Donald Trump, Republicans say the hearings are a complete waste of time.

Wednesday marked the latest phase in the investigation into the president’s actions toward Ukraine, as the public hearings moved from the House Intelligence Committee to the House Judiciary Committee. The committee has the power to write up articles of impeachment.

Rep. Kelly Armstrong (R-ND) sits on the committee and called out his Democratic colleagues for rushing through the process haphazardly.

“All day long, we’ve been sitting here and listening to my friends across the aisle and their witnesses claim that the president demanded Ukraine do us a favor,” said Armstrong during his allotted speaking time.

“This is, like everything else in this sham impeachment, purposefully misleading and not based on the facts.”

Armstrong is a graduate of the University of North Dakota Law School and a former chairman of the North Dakota Senate Judiciary Committee. In an interview with KVRR, he said the argument for impeachment is still weak.

“I’ve done criminal defense for over a decade and I would be more than comfortable defending this case. You don’t find a crime to fit the conduct. You find conduct to fit the crime and the Democrats are doing it backwards. And I think the American people see that.”

Republicans in the House and Senate have stood firm behind President Trump since the launch of the inquiry in September.