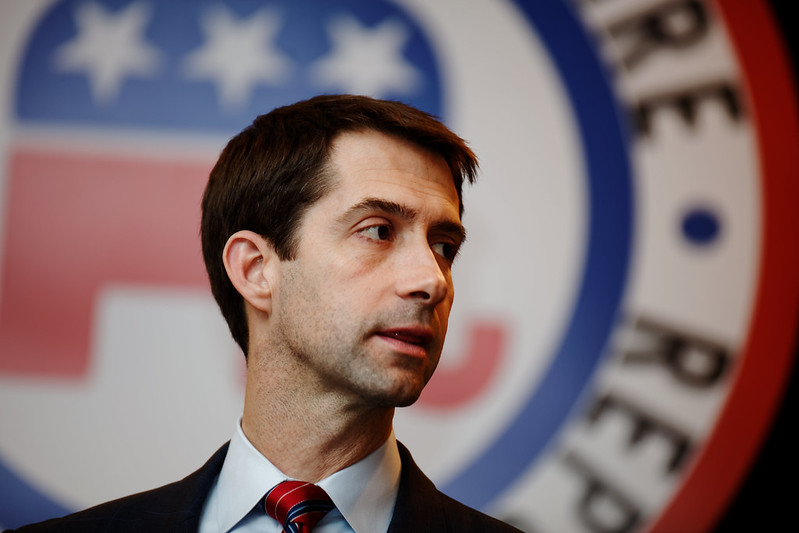 WASHINGTON – Foreigners responsible for taking Americans hostage abroad have long been able to benefit from western institutions and ways of life. A new bill aims to curb that, but some experts fear it goes too far.

The Global Hostage Act, introduced last month by Sens. Tom Cotton, R-Ark., and Ted Cruz, R-Texas, would require the president to impose sanctions on any individual, and that person’s extended family, found to have knowingly taken an American citizen hostage.

“Top-ranking Iranian officials who were directly involved in the Iran hostage crisis now travel freely and mix with the world’s elite. Their children study at America’s top universities. And that is not an exception,” Cotton said during an event Thursday at the Hudson Institute, a think tank.

Cotton was joined at the event by the family of Majd Kamalmaz, a 61-year-old psychotherapist from Arlington, Virginia, who was arrested at a Syrian checkpoint in February 2017 and has been missing since.

“No foreign entities who abuse American citizens should be benefiting from our society or our banking systems,” said Cotton.

As a matter of policy, the United States does not pay ransoms to secure the release of American hostages abroad.

Some experts feel that the legislation is too far-reaching.

“I’m a supporter of the idea that we need to use every tool possible to bring unjustly detained Americans home, but what concerns me is that the bill seems overly broad. For example, what is the definition of an unjustly detained person? An unjust detention to us might be a perfectly legal one in a different country,” said Luke Hartig, former senior director for counterterrorism at the National Security Council.

“It also seems that there is no room for the president to waive the sanctions if need be, which ties his hands. People are typically detained in places like Iran or Syria, where the engagements are multiple and complex and immediate sanctions might not be advantageous,” he said.

At least 200 Americans each year are kidnapped abroad or detained by hostile states, where they are seen as valuable bargaining chips, according to Hostage US, a nonprofit that supports the families of those unjustly detained overseas.

Hartig said that sanctioning an entire extended family may not be helpful because not all family members might have a close relationship with the primary target of the sanctions. “If there is a nephew or grandchild who is estranged from that person, is it a good idea to bar them from entering the U.S.?”

The bill has been referred to the Senate Committee on Foreign Relations for review.