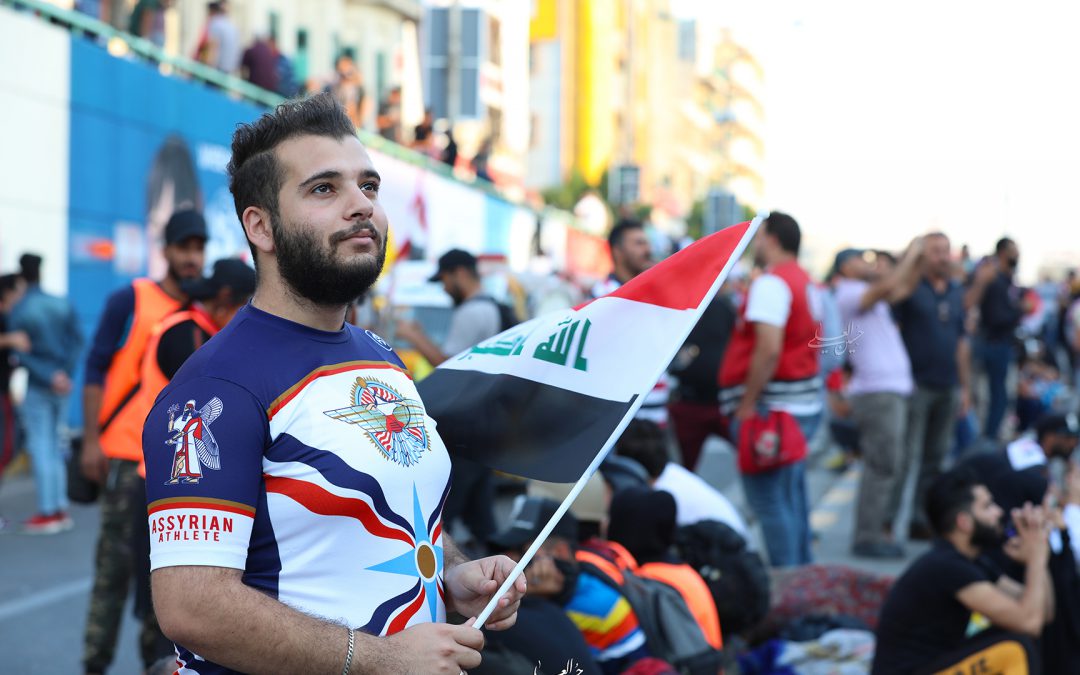 WASHINGTON — The Iraqi Constitution lacks basic protections for marginalized communities including the Assyrians and Yazidis, according to a report released on Jan. 2 by the Assyrian Policy Institute.

The study was released in the wake of massive anti-government protests in Iraq that began in October and have pressured government leaders to form a new committee to draft constitutional amendments. Assyrians and Yazidis are ethnic communities indigenous to parts of Iraq, Turkey, Syria and Iran and make up nearly two percent of Iraq’s total population.

“Iraq’s most vulnerable communities were not involved in the constitution drafting process in a meaningful way,” said API Director Reine Hanna. “The priorities for Assyrians, Yazidis and other marginalized communities were not given serious consideration. That reality is reflected not only in the constitution itself, but also in the collective experience of these peoples since its adoption in 2005.”

The Iraqi Constitution is progressive, the report found, but “lacks protection measures” for Assyrians and Yazidis such as democratic governance and individual freedoms. The report also cited the constitution containing vague and conflicting articles that makes implementation of legislation difficult.

Michael Youash, the Secretary for the Nineveh Plain Defense Fund who received his PhD in Political Science from the University of Toronto, has followed Iraq’s constitutional process since 2004. He applauded the draft’s strong stance on decentralization and carving a space for Assyrians and Yazidis within Iraq’s federal framework, including a mention of Assyrians in Article 125, but said the constitution’s position is only seen at “30,000 feet” and seldom enforced.

Article 125 calls for the guarantee of rights of “various nationalities, such as Turkomen, Chaldeans, Assyrians, and all other constituents”; however Youash said the text lacks specific legislation to realize these rights.

Youash also pointed to the constitution’s preamble, which points out crimes committed against Arabs, Kurds and Turkomen among other Muslim groups but fails to mention the Assyrians and Yazidis.

“Preambles capture the context but also establish the spirit of a constitution,” Youash said. “What Iraq’s constitutional preamble says is that… those groups without power, regardless of the truth of their experience, have no capacity to have their claims heard.”

The country’s constitution was drafted in 2005 by a 55-member committee led by Islamic cleric Humam Hamoudi, leader of the Shia political party Islamic Supreme Council of Iraq. The United Nations and a group of global experts counseled the group.

Yonadam Kanna of the Assyrian Democratic Movement party was selected to represent Assyrians on the committee. No Yazidis participated in the drafting of the text.

Iraqi politicians have long voiced their support for the nation’s religious minorities, although that support has not translated into political influence.

At an Islamic-Christian conference in 2008, Iraq’s prime minister at the time Nouri al Maliki praised the country’s marginalized communities.

“Iraq should remain the country that lives peacefully together among religions, ethnicities and sects,” Maliki said. “We should benefit from the mixed populations that we have that give us the power, strength and steadiness to spread the culture of dialogue in the face of strife and challenges.”

In a bid to provide more minority representation in parliament, the Iraqi government approved in 2008 legislation to allocate six seats to small ethnic and religious communities; however, ADM argued this was the smallest of three quotas presented to parliament and has yet to be effectively enforced.

“Getting nothing is better than this insult,” Kanna told McClatchy Newspapers in 2008.

Pressured by anti-government protests in early October that called for an overhaul of the political system, a 28-member committee of Iraqi MPs was later formed to amend the draft. The amendment committee includes an Assyrian and Yazidi representative.

“Assyrians and Yazidis are not guaranteed that any of the recommendations from the report are going to be seriously heard,” Youash said, “but at least they know there is somebody there that has an opportunity to present them.”

API is a nonprofit organization established in 2018 that reviews U.S. policy on issues affecting Assyrians. Read the full report here.