Iowa Caucuses: Anything could happen tonight 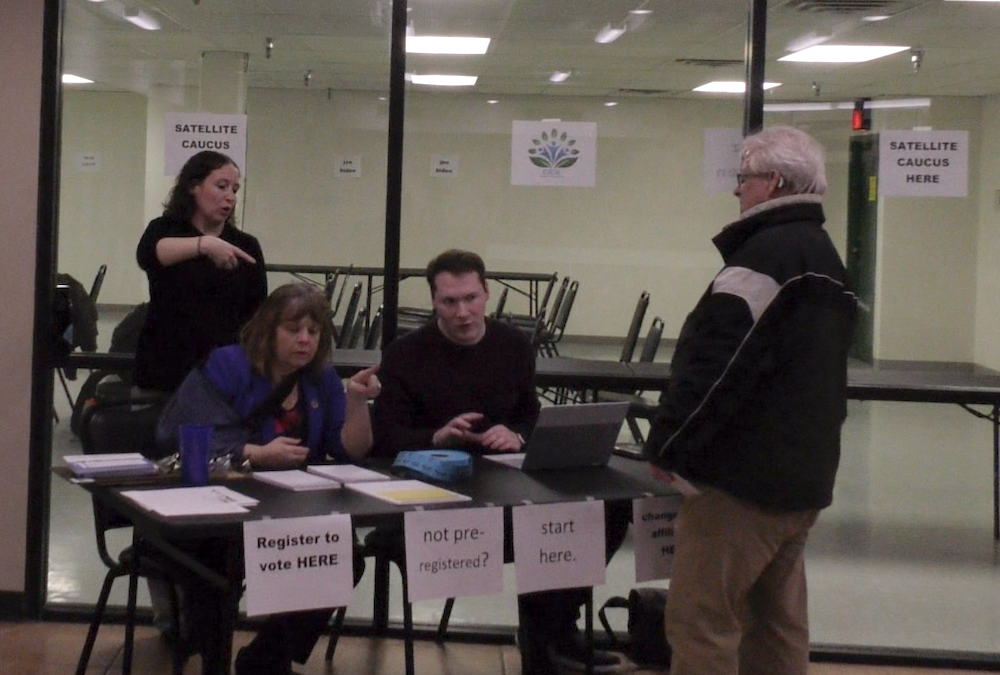 DES MOINES, Iowa – With less than 6 hours until Iowans meet at their precinct caucus location, many caucusgoers are still uncommitted, struggling to find the candidate they deem better fit to win against President Donald Trump later this year.

More than half of likely caucusgoers, who represent a small part of all eligible voters in the state, are still open to changing their minds when they caucus Monday night, the latest Monmouth University poll found.

“The most stupid thing to do right now is to think you know what’s going to happen in Iowa,” said Patrick Murray, director of Monmouth University Polling Institute. “The smartest takeaway from this, or any Iowa poll for that matter, is to be prepared for anything on Monday.”

Despite spending millions on voter outreach programs and devoting months on the campaign trail, many Iowans still don’t feel convinced to support any of the candidates, said Michelle Harstad, an organizing volunteer with the Klobuchar campaign.

“If she does not move forward in the primaries, I might have to rethink some of this but right now, to me, there is no other choice,” she said.

Cindy Fitzgerald, a Des Moines-native, didn’t want to think about having to choose somebody other than Klobuchar. She plans to caucus for the Minnesota senator, though she only made the decision late Saturday night after attending a rally in Beaverdale. If the Midwesterner doesn’t hit the 15% viability threshold, she said, Fitzgerald is thinking of supporting Biden for his similar centrist-leaning policies.

“I think [Klobuchar] will reach across the aisle, and I think that’s what centrists do – they are not so far one way that other people won’t work with them,” she said. “The others are so far to one way, that I can’t back some of the free college and that type of thing. I really want to see Amy get to the office but, at this moment, I don’t know where we stand.”

For the first time, results will be tabulated at every stage of the caucus, which will allow to see the progress in support candidates received throughout the night. This could also mean that candidates polling at low percentages in the first round could gain support in the realignment rounds and, possibly, gain viability, Murray said.

Top candidates like Biden and Sanders are registering over 20% support of likely caucusgoers, whereas Klobuchar leads the lower-tier candidates at 10%. Last week, aides to Biden and a top Klobuchar adviser discussed seeking an alliance to support each other in precincts where one of them doesn’t have enough support, though Klobuchar said she was not interested in such agreement.

Over the weekend, candidates traveled the state and appeared at last-minute rallies hoping to persuade voters to support them. Peggy O’Neill, who started canvassing at the age of nine and is now a senior canvasser for Biden, said this weekend they welcomed around 50 new canvassers, many from out of state and some from other countries.

On any 12-hour workday, canvassers will knock on thousands of doors, she said, and commit dozens of people to support the former vice president. O’Neill said the canvassers are so excited about being involved in the process, “they are on fire.”

The party’s main effort so close to the caucus, O’Neill said, is to make sure people don’t attend uncommitted, as if this group secures viability they won’t be able to realign later on, and the majority of the caucus could be uncommitted, like in 1972 and 1976.

Canvassers and other volunteers from all campaigns will continue knocking doors until Monday evening, and will then stake out at different caucus locations across Iowa to convince uncommitted voters to realign with their candidate.