Trump to remain in office as Senate votes to acquit 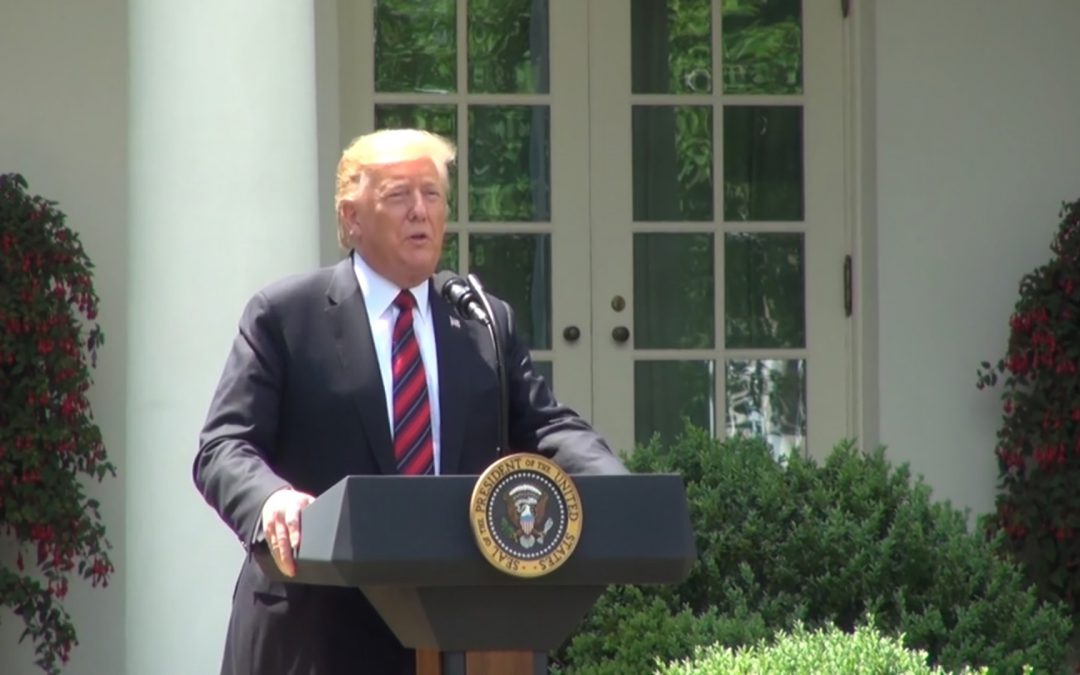 The U.S. Senate voted Wednesday to acquit President Donald Trump on two charges of abuse of power to aid his own reelection and subsequent obstruction of Congress, bringing the third presidential impeachment trial in the country’s history to a predictable close and allowing the president to remain in office after a turbulent season in American politics.

The Senate voted 48-52 on the first article, abuse of power, and 47-53 on the second one, obstruction of Congress, primarily along party lines. Sen. Mitt Romney of Utah voted with Democrats in favor of the first article, making him the only senator in U.S. history to vote to remove a president of his own party. 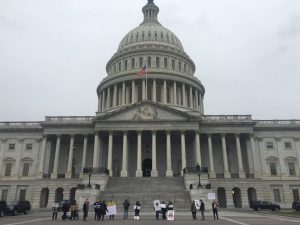 Protesters gather outside the Capitol before the impeachment trial verdict vote (Brian Johnson/MNS).

The vote came after five months of investigations and hearings into Trump’s conduct on a July phone call with Ukrainian president Volodymyr Zelensky, in which he pressured the leader to investigate the son of former Vice President Joe Biden. The House voted on the two articles in December and sent them to the Senate shortly after. The higher chamber then deliberated for three weeks without calling further witnesses or evidence.

Romney announced his surprising decision to vote in favor of conviction a few hours before the vote, explaining in a speech on the Senate floor that he believed Trump was “guilty of an appalling abuse of public trust.”

“I believe that attempting to corrupt an election to maintain power is about as egregious an assault on the Constitution as can be made,” he said.

The vote fell far below the two-thirds threshold necessary to remove a president from office, though removal was an unlikely outcome from the outset given the current makeup of 53 Republicans and 47 Democrats in the chamber.

Minority Leader Chuck Schumer said he wanted to “salute” Romney for his vote.

“There are a whole lot of Republicans, I believe, who knew we were right, but said ‘I don’t want the bother of being attacked relentlessly by the president and the hard right,’” he told reporters after the vote. “And so the fact that this is bipartisan holds up a beacon as to what was right and what was wrong.”

The vote concludes a tumultuous impeachment process that highlighted the deep partisan divisions within the country. In a floor speech minutes before the vote, Majority Leader Mitch McConnell called the Senate as the founders designed it a “firewall to keep partisan flames from scorching the republic.”

“This is precisely the kind of recklessness the Senate was designed for,” he said while repeating GOP talking points that Democrats’ push for impeachment stems from anger at the 2016 election results.

Sen. Susan Collins of Maine, who was also seen as a swing vote in the impeachment trial, said about Romney’s decision after the vote, “I disagree with his conclusion, but I respect his decision.”

Sen. Ron Johnson of Wisconsin said in a statement after the vote that the impeachment process revealed that party lines “only hardening and growing farther apart.”

“Impeachment should be reserved for the most serious of offenses where the risk to our democracy simply cannot wait for the voters’ next decision,” he said. “That was not the case here.”

Alabama Sen. Doug Jones announced earlier in the day that he would vote in line with Democrats to remove Trump from office, writing in a statement that he came to the conclusion after “many sleepless nights” reviewing evidence and testimony. Jones is considered by many to be one of the most vulnerable senators up for reelection in November, only barely surpassing Republican opponent Roy Moore in a 2017 special election. No Democrat has been elected to the Senate from Alabama since 1992.

“This has been a divisive time for our country, but I think it has nonetheless been an important constitutional process for us to follow,” Jones said in his statement. “As this chapter of history draws to a close, one thing is clear: our country deserves better than this.”

McConnell called the vote a “colossal political mistake” for Democrats looking to maintain control of the House and flip the Senate this November.

Even though the President had been acquitted Sen. Richard Blumenthal of Connecticut said, “There’s going to be more truth that comes out. There may be a need for more hearings. The press will continue to uncover facts that may prompt more oversight, and of course the judiciary is going to order that rights be vindicated to the freedom of information. The truth will come out.” 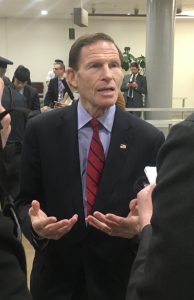 Sen. Kevin Cramer of North Dakota responded to the idea that the Democrats may continue to have hearing about the Trump-Ukraine scandal by saying, “if they still haven’t learned that there’s no political gain for them in continuing down this path, then there’s no helping them. In the meantime, we still as a Senate, and as Senators, have to try to get some things done and maybe in doing so can inspire a little more progress (on important legislation) in the House of Representatives.”

Trump did not immediately respond to the acquittal vote directly, but Press Secretary Stephanie Grisham wrote that Trump “is pleased to put this latest chapter of shameful behavior by the Democrats in the past” in a statement released moments after the vote. Trump plans to make a public statement at noon on Thursday.