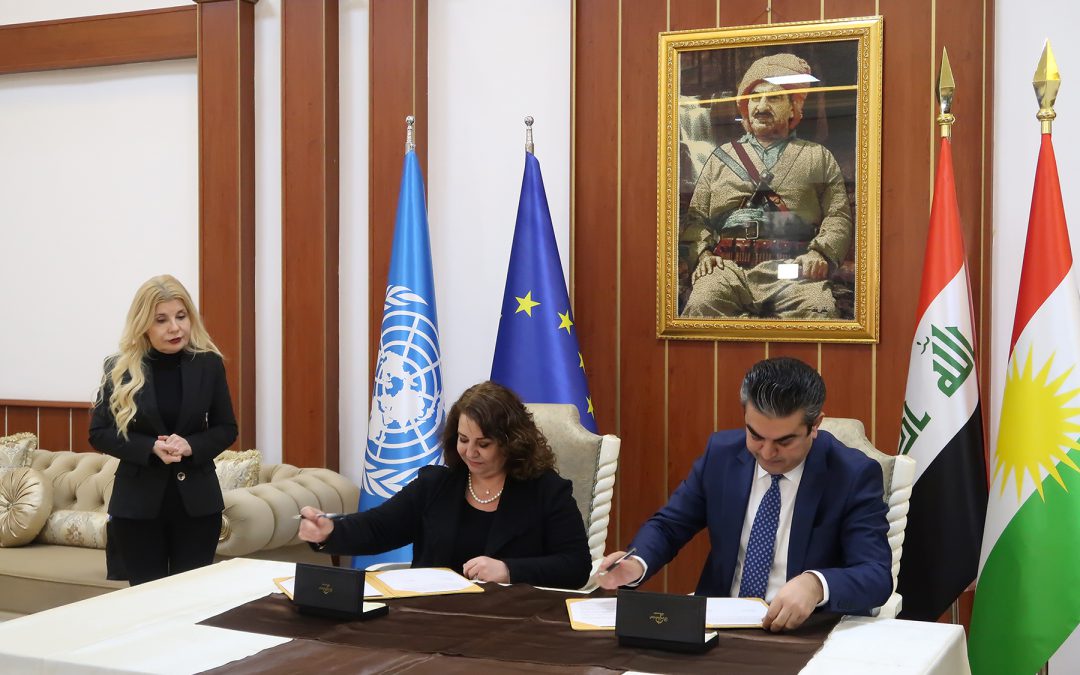 DUHOK, Iraq — No one batted an eye when the power abruptly cut off in English teacher Miriam Zia’s 11th-grade classroom at the Sardam International School in Duhok. The cuts occur at least twice a day and are now “part of the fabric of our society,” Zia told Al-Monitor.

To combat growing electricity concerns in the district, the Iraqi governorate of Duhok signed an agreement with the United Nations Development Programme (UNDP) earlier this month to set up the district’s first solar energy park. The project comes amid pressure on Iraq to diversify its energy sources and lessen its dependence on Iran.

Two years ago, Duhok released a plan for sustainable energy. The plan included the district’s pledge to make significant cuts to greenhouse gas emissions by 2030.

“Our commitment to take climate action, deliver affordable, clean energy to the citizens and address electricity shortages remains as strong as ever,” said Duhok Governor Farhad Atrushi Feb. 4, as he and the UNDP Resident Representative in Iraq Zena Ali-Ahmad signed a letter of agreement for the project. “Establishing the first solar park in Duhok will contribute to achieving this goal and meet the needs of the market.”

The solar energy park will cost $2 million, to come from the European Union. Expected to be built within the next two years, it will generate at least two megawatts of power annually, providing electricity to thousands of residents and businesses. Duhok anticipates installing up to 40 megawatts of solar parks by 2030.

Before this project was selected for funding, others were also considered, including energy-efficient street lighting, a city bus, a solar energy system and a green building. The solar energy park scored the highest due to its direct impact on people in the area, said Isabela Uribe, the head of the UNDP Office in the Kurdistan Region and manager of a joint UN and EU program supporting local development projects across the country.

Uribe told Al-Monitor that the park will directly generate around 100 jobs in Duhok and thousands more through private sector investments and future solar parks.

“[It] will not only address electricity shortages but also contribute to reducing air and noise pollution, CO2 and greenhouse gas emissions and their health risks to nearly 1.3 million people in the region through the generation of clean electricity,” Uribe said.

Construction on the park, which will be located near the University of Duhok, will begin in the next few weeks.

Funding for the project comes from a $53 million pool for “top priority” projects run by a joint UNDP and EU program called “Supporting Recovery and Stability in Iraq through Local Development.”

Nine of Iraq’s 18 governorates have so far implemented the program, including Anbar, Basra, Duhok, Erbil, Missan, Nineveh, Salah al-Din, Sulaimaniyah, and Thi Qar. Each governorate selected a priority project at a steering committee meeting in April of last year. Projects that promoted economic growth and job creation were prioritized, especially green projects involving young people and women, read a statement from the UN.

“Development at the local level is a step in the right direction,” said Nouri Al Dulaimi, Minister of Planning at the Federal Government of Iraq, in a UN release.

The park is the first project to start under the EU-funded program. Other projects being developed through the program include efficient street lighting in Sulaimaniyah, solar systems for irrigation in agricultural areas in Erbil and the creation of public spaces including parks in Nineveh, Anbar, Salah al-Din, Basra, Missan and Thi Qar.

Iraq is facing increasing pressure to seek alternative energy options after oil exports fell sharply last month, triggered by the resignation of the prime minister in November and the shutdown of the Al-Ahdab oil field amid widespread economic protests. January marked the second straight month of declines and export numbers are nearly 5.7% off November levels.

“In addition to oil, Iraq is blessed with some of the richest solar and gas resources in the world but it has yet to take advantage of them,” said International Energy Agency director Fatih Birol. “Turning that potential into fuel for its own economy and for export would help bring about a more sustainable, reliable and affordable energy future.”