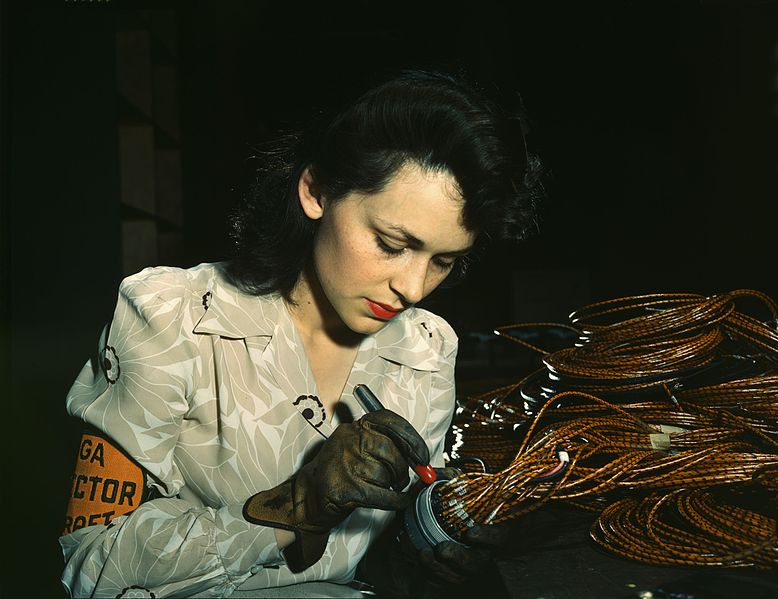 While American women made about 81% what men earned in 2018, women have managed to surpass their male colleagues in some lines of work, Census data show, including in male-dominated industries such as science and some blue-collar jobs.

Most of industries in which women out-earn men are those in which women are the majority of employees, said Julia Pollak, a labor economist at the employment marketplace ZipRecruiter.

For example, she said, women have a competitive advantage in fields such as childcare, social work, school bus monitors, skincare specialist, executive secretaries and proofreaders, because they are often more detail oriented and nurturing.

However, in 41 of the 565 career categories, women have a higher annual median income than men, including in 29 male-dominated fields like life science and geoscience, brick masonry, equipment installers and some construction fields.

Some of those results may be skewed by the relatively small sample size in those industries, said Lynda Laughlin, chief of the industry and occupation statistics branch of the Census Bureau.

Ariane Hegewisch, program director for employment and earnings at the Institute for Women’s Policy Research, agreed, adding that small sample size could lead to statistical errors.

Nevertheless, Pollak said, some real trends may be at play.

“If there’s consistently a gender wage gap in favor of women, that’s probably showing you something real. They’re not necessarily just statistical noise,” she said. “Some of these differences are real, and there are definitely economic theories and stories that would explain why.”

For example, Pollak said, the women in a field like brick masonry may out-earn men because “who do make it are really superstars. They are exceptional,” which leads to higher incomes. In very male dominated occupations, “women need to be twice as good just to get a foot in the door,” she said. “They’re undeniably competent and so they end up earning more because they’re more productive.”

The survey focused on median earnings for both male and female by occupation, full-time and year-round civilian workers over 16-year-old in 2018.

Out of the 41 jobs where women’s earnings are higher than men, 14 were in blue-collar jobs. Men dominated blue-collar jobs for a long time, but the recent data indicate a different trend. In the field, there are more men than women in number, but women out-earn men.

An analysis of the data shows that women have out-earned men for the last five years in the field of brick masonry and for the last four years in roofing. The wage gap is also increasing, Census data show.

Bureau of Labor Statistics data show that in the proportion of women’s earnings compared to men has increased over time.

In 2017, according to the Bureau of Labor Statistics, women in construction made 100.8% of what men made. However, not all jobs in the construction field were considered blue collar; 28.6% were for sales or office workers.

According to the Bureau of Labor Statistics, about 9 million men worked in construction compared to less than 1 million women in 2017.

One reason women in construction may earn more than men is because they are often more experienced and relative survivors in the industry, Hegewisch said. “They may have seniority,” she said, adding that they may have stayed while other women may have left the field.

As a woman in a competitive field, Hegewisch said, you have to be really dedicated and determined to go into that field, while “men move up and out.”

“Low wage occupations where a lot of women work, men may work in those as a transition while they’re students, they’re young, or on their way to being promoted into something better. And women may stay in this field,” Hegewisch said.

“When it comes to roofers, metal furnace operators or underground mining machine operators, those are the industries with very high accident injury and fatality rate,” Pollak said. If injury happened, that will be “really costly for employers.” So, as employers, they might not want to take risks and “play it safe” by hiring people who “simply follow the rules and wears their helmets.”

“In the geoscience field, interestingly, I think there are more women than men,” said Yun Suk Lee, who is a geoscience researcher at the University of Michigan but also studied life science.

Lee said, in the past, the geoscience field was well known for male-dominated academy, but they recently started to promote female-friendly policies that encourage female scientists so that they can have gender balance in the academia.

“Geoscience was historically white men dominated field. Because of the history, it’s important to have gender balance in this field,” Lee said. “I think part of the reasons why women can earn as much as men is because of some policies we have in this field.”

Compared to other science fields, such as physics or engineering, where they have fewer female scientists, “we have better policies for women,” she said.

In her lab, Lee said, one of her female colleagues gave birth twice while working as a researcher. There is no pressure or discrimination against pregnancy leave.

There is another working mother researcher who is raising her child by herself, which, Lee said, was because of the university’s pro-woman policies. The university supports childbirth even economically so that the family doesn’t have to pay for it, and they also have babysitters available at a lower price only for the employees.

Under the Family and Medical Leave Act (FMLA), certain employees – all public agencies and companies with 50 or more employees – were guaranteed to have up to 12 weeks of unpaid and job-protected leave per year.

“It’s almost certainly not the case that women out-earn men broadly across the blue-collar sector. Blue-collar jobs are still held by men mostly, and they’re male dominated, and the male gender earnings gap probably goes in the other direction most of the time.” Pollak said.

But this trend shows that “there are lots of reasons why women may actually be better employees in these jobs,” Pollak said. “The old-fashioned gender stereotypes are being shattered. They [women] are being given opportunities to shine.”