Is access to birth control caught in the crosshairs of the 2020 abortion debate? 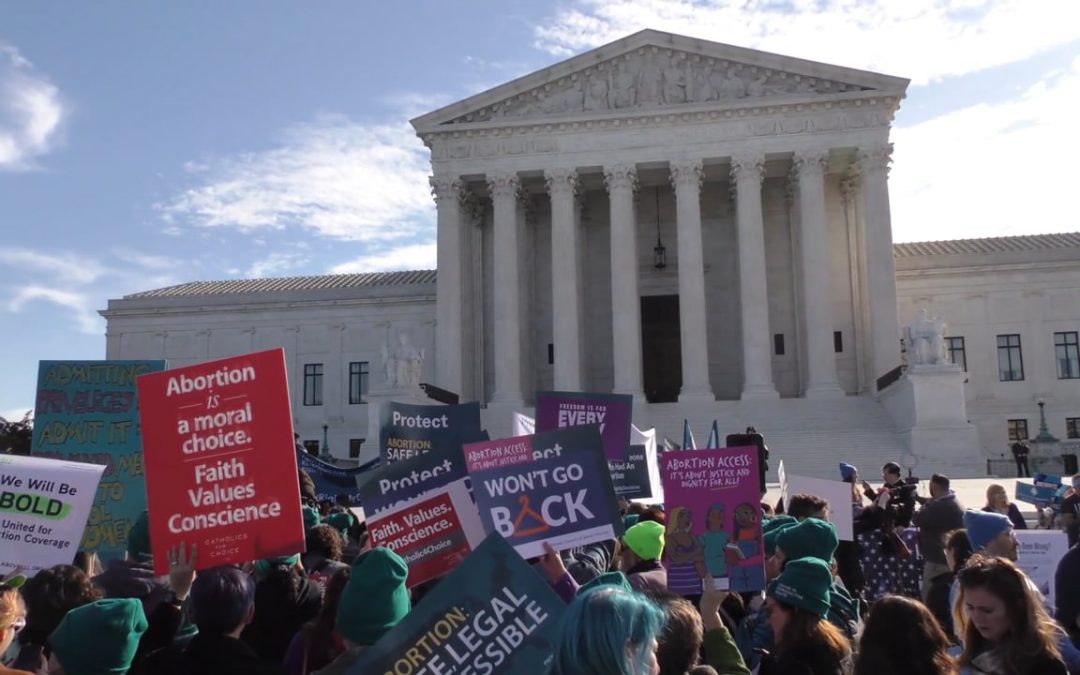 If 2019 was a fraught year for abortion access in the United States, with state legislatures passing 59 restrictions on the procedure, a clash over contraception is emerging in 2020.

From an impending Supreme Court case to attempts in state legislatures, the increased access to contraceptives is under attack by right-to-life advocates that have previously focused on anti-abortion causes.

In January, the Supreme Court announced that it would consider a Trump administration rule that permits employers and universities with religious or moral objections to deny women insurance coverage for contraceptives.

Organizations that provide abortion referrals, except in cases of rape, incest or medical emergency, are now ineligible for federal funding under a 2019 revision of Title X funding by the Trump administration. Title X funding provides family-planning services to low-income patients, through 4,000 sites nationwide which serve approximately four million people per year.

Health centers are reacting to the change in a variety of ways. Planned Parenthood, the largest single provider of reproductive health services in the United States, pulled out of the program in August.

While, in Texas, a network of eight Christian pregnancy centers announced that it would add contraception options including pills, injections and intrauterine devices to its services, but would not provide the morning-after pill or copper-based IUDs.

This Health and Human Services “gag rule” is estimated to have reduced the Title X network’s capacity by 47% nationwide, affecting over 1.5 million female contraceptive patients, according to the Guttmacher Institute, a sexual and reproductive health think tank. Lack of funding for health clinics can also result in “contraceptive deserts” for the estimated 19 million women live in counties that lack a single clinic with a full range of contraception.

While abortion rights advocates have expressed support for more equitable access to abortion and reproductive health services such as contraception, some abortion opponents appear to be divided on the use of contraceptives, and which methods constitute abortion in particular.

“I personally don’t agree with contraceptives, I’m all about (natural) family planning,” said McKenna Neuhaus, an attendee at the 2020 March for Life in Washington last month. She referred to the calendar/rhythm method, the basal body temperature method, and the cervical mucus methods commonly known as “family planning” birth control options that don’t involve pills or devices.

However, she said she’s supported the right of other people to use condoms, birth control, “anything like that.”

Some birth control, such as the pill or morning-after pills, are “what we call abortifacient” and essentially a kind of chemical abortion, said Mark Harrington, co-founder and president of Created Equal, an anti-abortion group.

“We’re opposed to those just like we would be against surgical abortion or the abortion pill,” he said.

This ideological debate has created a split between anti-abortion lawmakers as well. In March 2019, Republican Arkansas state legislators were divided on a bill that would allow pharmacists to dispense oral contraceptives to women without a prescription from a doctor.

The Family Council, a conservative advocacy group, opposed the bill, claiming that birth-control pills cause abortions. However, Arkansas Right to Life, an anti-abortion organization, took a neutral position on the bill. While the bill passed the state House, it has not been brought to a vote in the state Senate.

If the bill is signed into law, Arkansas will join the District of Columbia and 11 other states (California, Colorado, Hawaii, Maryland, New Hampshire, New Mexico, Oregon, Tennessee, Utah, Washington, and West Virginia) that now allow pharmacists to provide oral contraceptives without a prescription. Republican-dominated Utah passed its bill in 2019.

The shift in the perception of birth control in the past few decades has been two-fold, according to Sara Matthiesen, an assistant professor of gender and sexuality studies at George Washington University.

“Due to the efforts of the pro-life movement or the antiabortion movement there has been a dramatic shift in kind of seeing contraception as basically an abortifacient, and collapsing the distinction between abortion and contraceptives,” Matthiesen said.

Historically, contraception was originally seen as a private matter within marriage. In 1965, Griswold v. Connecticut gave married couples the right to use birth control, ruling that it was protected in the Constitution as a right to privacy. Griswold was one of the precedents cited in the 1973 Supreme Court decision in Roe V. Wade, which legalized abortion nationwide.

Today, advocates see contraception methods as a human right, necessary “in order to enable them to exercise free and informed choice” according to the United Nations Department of Economic and Social Affairs. Some abortion rights advocates argue that efforts to curtail access to contraception by anti-abortion advocates are not new.

“There was never an anti-choice movement that was solely focused on abortion,” said Rebecca Thimmesch, Campaign Manager of Advocates for Youth “Free The Pill” campaign. “Because it’s not about abortion, it’s about people’s bodily autonomy and respect for their choices.”

Matthiessen contends that the role of contraception can be overshadowed by the larger conversation over choice, as women who face financial and legal barriers to abortion may also face the same obstacles when it comes to birth control access.

“I think the rhetoric of choice also bleeds into the broader conversation around contraception,” she said. “Something that reproductive justice advocates have argued for a number of decades…is that choice really obscures the conditions from which your choice is determined, before you even had the chance to make a choice about what you want to do.”