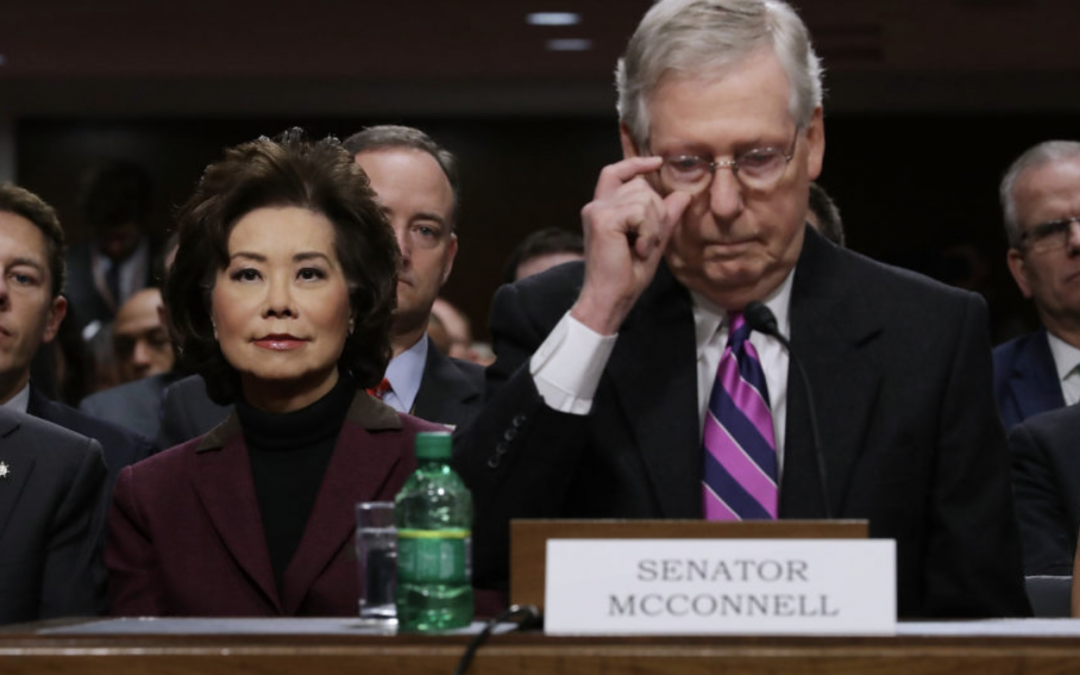 Transportation Secretary Elaine Chao said this proposal is meant to give airlines and consumers more certainty about how her department interprets unfair or deceptive practices related to air travel.

The U.S. Department of Transportation (DOT) proposes to align its definition of “unfair” and “deceptive” with those of the Federal Trade Commission and Consumer Financial Protection Bureau, which would make it easier to protect consumers’ right to know its rules on flight delays and overbooking.

“The first problem of this proposal is putting barriers in the way of the DOT’s ability to enforce against the airlines when DOT is exercising authority,” said John Breyault, vice president of public policy, telecommunication and fraud of the National Consumers League.

Under this proposal, DOT should offer airlines and ticket agents the opportunity to be heard and to present relevant evidence before the Department takes any enforcement action for an alleged unfair or deceptive practice.

In this circumstance, Breyault said, consumers would have a harder time getting compensation from the airlines for violations than before under this proposal.

“We wish they could focus more on the families’ rights to sit together with their young children on airplanes, the accessibility for people with disability to lavatories on the flights,” said Breyault.

In recent years, the aviation consumer protection authority granted by DOT has been abused by regulators, which is deemed as unlawful abusive regulatory activity by the federal judiciary, said Marc Scribner, an expert focusing on transportation policy issues at the Competitive Enterprise Institute.

It “harms consumers and producers under the false flag of consumer protection,” he added.

Scribner called for Congress to codify this reform by amending related regulations to conform it to its primary consumer protection statutes, in order to eliminate “arbitrarily and capriciously wielding a poorly defined statutory.”

In 2019, complaints about delayed flights, refunds, help for disabled passengers and overbooked flights increased over 2018, according to the Air Travel Consumer Report 2019.

“This proposal will provide greater transparency for both the U.S. airline industry and the flying public,” said Airlines for America President and CEO Nicholas E. Calio.

The group said, could “make it tougher for the agency to enforce penalties on air carriers when travelers raise concerns about misconduct.”

“Once again, Secretary Elaine Chao is proving that her loyalties lie with industry insiders, not the American public,” Lizzy Price, director of Restore Public Trust, said in a statement.

Such complaints are mere posturing by “self-styled consumer advocates,” said Scribner. The aligning of DOT rules with those from the FTC and CFPB reflects “long-recognized bipartisan best practices.”

“This ought to be commonsense at this point, as both the FTC and CFPB reforms came at a time when Democrats controlled the White House and both chambers of Congress,” said Scribner.

“A number of self-styled consumer advocates are either ignorant of the law or wrongly conflate harming producers with protecting consumers,” he added.