Why did it take 120 years to pass an anti-lynching act? 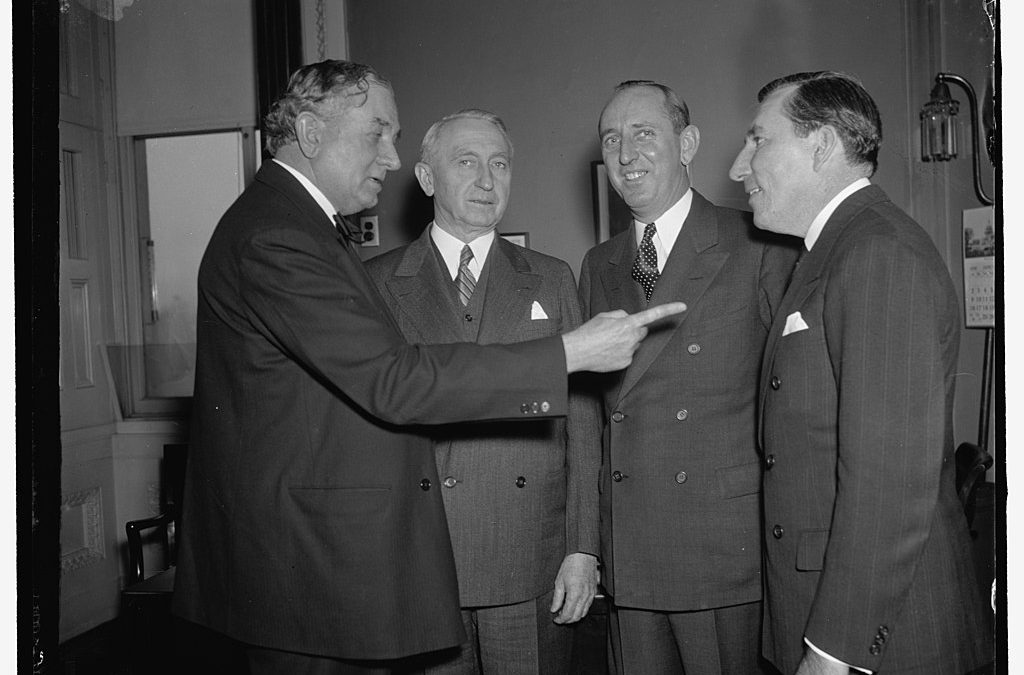 The overwhelming vote last week in the House of Representatives to designate lynching as a federal hate crime shows just how sluggish the pace of change can be in America.

The House voted 410-4 on Feb. 26 to designate lynching as a federal hate crime, 120 years after the first anti-lynching legislation was proposed in Congress.

Called the Emmett Till Anti-Lynching Act, the bill was named for the 14-year-old boy who was murdered in Mississippi in 1955 by white supremacists. Bill sponsor Rep. Bobby Rush (D-Ill.) likened lynching to the “French use of the guillotine, the Roman use of crucifixion, and the British use of drawing and quartering as a tool of terrorism” in a floor speech before the vote.

“For too long, federal law against lynching has remained conspicuously silent,” he said.

“This legislation will not erase the stain of lynching and racial violence, but it will help shine the light of truth on the injustices of the past so that we can heal our past and build a better, safer future for all of our children,” she said before the vote.

In 1900, the sole black member of Congress, Rep. George Henry White, a North Carolina Republican, introduced the nation’s first anti-lynching bill, but it died shortly after in committee.

In 1918, the first anti-lynching bill to actually pass in either congressional chamber was introduced by Rep. Leonidas Dyer of Missouri. The bill essentially proposed three interrelated mandates: It targeted police who did not provide equal protection under the law to those victimized by a mob, punished the perpetrators of the lynching on a federal level, and compelled the county where the lynching took place to compensate the victim’s family. A Senate filibuster led by Southern states ultimately defeated the Dyer bill in 1922 and the next two times it was introduced.

“If not for the threat of the filibuster of Southern senators, anti-lynching legislation could have passed and would certainly have made a difference in the 1920s, 30s, 40s, and even 1950s in preventing lynchings, including that of Emmett Till in 1955,” said Michael J. Pfeifer, a professor at CUNY’s John Jay College of Criminal Justice.

Advocates were hopeful when President Franklin Roosevelt came into office in 1933, especially because first lady Eleanor Roosevelt was a vocal supporter of the anti-lynching movement. Roosevelt — and later President Harry Truman – however, needed Southern white senators to enact programs such as the New Deal, and they were fearful of alienating them by pushing aggressively for anti-lynching legislation.

A similar bill to Dyer’s was introduced in 1934 by Democratic Sens. Robert F. Wagner and Edward Costigan, but it died at the hands of Southern opposition in the Senate. The House passed other acts in 1937 and 1940, but the Senate filibuster once again defeated them.

Lynchings decreased in frequency in the 1950s, and were largely perpetrated by secretive groups. Emmett Till, for example, was lynched by two white men in the dark of night. Pfeifer said the need for legislation “may have seemed less imperative by then,” even with the occasional horrific incident that broke into the national news cycle.

In 2005, the Senate passed a resolution apologizing for its failure to pass anti-lynching legislation; but that apology didn’t actually come with a bill. The chamber finally passed its version of the anti-lynching bill, the Justice for Victims of Lynching Act, in 2018. The newly voted House version is identical except in name, so the Senate will need to pass this new version as well in order to send it to President Donald Trump’s desk.

Four representatives voted against the bill: Reps. Justin Amash (I-Mich.), Louie Gohmert (R-Texas), Thomas Massie (R-Ky.), and Ted Yoho (R-Fla.). Their argument against the bill was essentially that designating federal hate crimes falls on a state’s authority. In addition, Gohmert wrote in a statement that the 10-year maximum prison sentence in the bill is too low.

Even as racial violence has evolved from public lynchings to various forms of hate crimes, it is critical that Congress publicly corrects its historical mistakes.

“This legislation is enormously important in terms of finally, if belatedly, putting Congress on record against lynching and making it a federal crime,” Pfeifer said. “Much better late than never.”