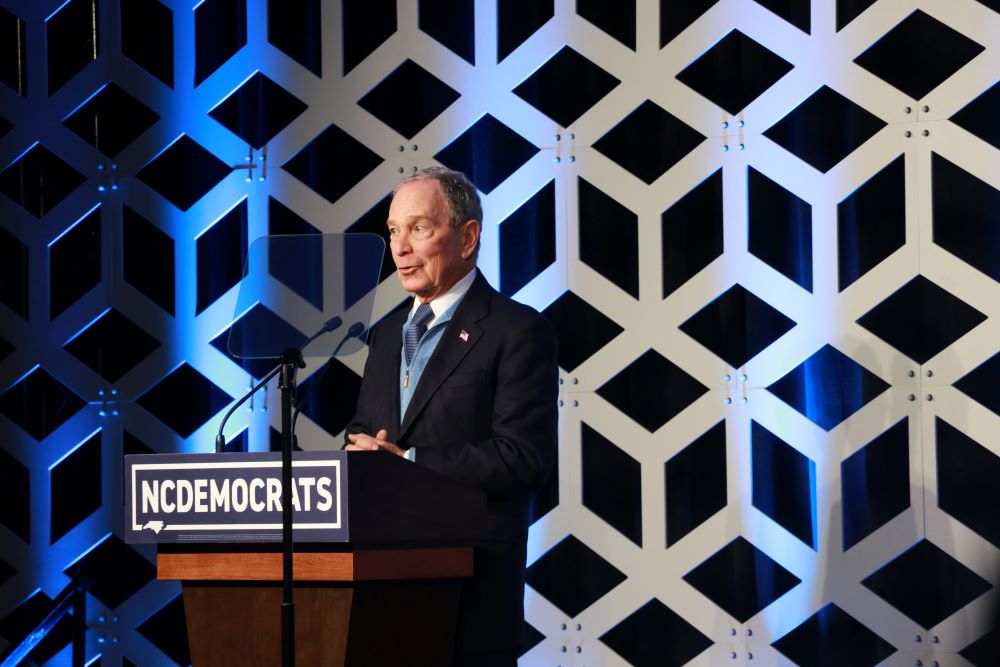 CHARLOTTE, N.C. — In a matter of three months, former New York mayor Michael Bloomberg assembled a staff and advertising for the North Carolina primary that would have been the envy of any of his opponents for the Democratic presidential nomination.

Bloomberg had 11 field offices around the states, and he dramatically outspent the Democratic field on television advertising.

The money and staff mattered little. On March 3, Bloomberg finished third in North Carolina behind former vice president Joe Biden and Vermont Sen. Bernie Sanders with 13% of the vote and zero delegates.

According to the firm Advertising Analytics, which tracks political ad spending, Bloomberg spent $558 million on ads during his campaign. In North Carolina alone, Bloomberg spent $12.8 million on ads, according to NBC News and advertising analytics. The closest competitor to Bloomberg’s ad spending in North Carolina was the Sanders campaign, which spent $1.7 million on ads. The Biden campaign and a pro-Biden super PAC, Unite the Country, only spent $338,000 on ads, but Biden won the state with 43% of the vote.

LaToya Evans, the Bloomberg campaign’s North Carolina communications director, said that the campaign had at least 125 staffers in its 11 field offices in the state, making it the large campaign operation of all the candidates in North Carolina. 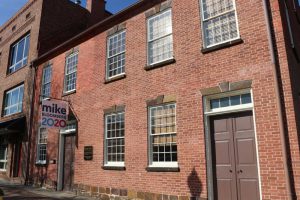 Additionally, North Carolina was the third-largest prize of Super Tuesday in terms of delegates, and since other candidates were focusing resources on Texas and California, North Carolina would have been an appealing place for Bloomberg to use his immense resources to outspend and out-campaign his rivals to win the state.

On Wednesday, Bloomberg acknowledged it was not enough to give him a path toward the Democratic nomination. “After yesterday’s results, the delegate math has become virtually impossible,” Bloomberg said in an email to supporters. The best candidate to beat President Trump in November, Bloomberg said, “is my friend and a great American, Joe Biden.”

Bloomberg’s standing in national polls had risen steadily since his entry into the race, as he spent liberally on television ads and staff. But his poll status suffered after he was hammered during his two debate appearances in the last two weeks, including a series of attacks by Massachusetts Sen. Elizabeth Warren.

Biden’s endorsements from other moderate candidates and success with black voters propelled him to success with both groups on Super Tuesday. Biden won 57% of the black vote in North Carolina and 44% of voters who consider themselves moderates.

Bloomberg’s departure now leaves his supporters looking for a new candidate to back, although early indications are that they will move to Biden.

Lester Quinn, a volunteer with the Bloomberg campaign in Charlotte, said the other candidate he was thinking of supporting before Bloomberg was “Joe Biden. Love the guy. He’s a good man. A good person.”

Quinn worried that Biden might not be able to win conservative voters who disliked President Barack Obama because Biden carries the legacy of Obama with him. However, Quinn said, “If Biden becomes the nominee, I will get behind him 100 percent.”

Jay Bendis, another volunteer with the Bloomberg campaign in Charlotte said he liked Bloomberg more than Biden, but he still thought Biden was a good candidate. “He’s (Biden) done a good job and I think he was a good vice president for Obama… I’d prefer him over Bernie Sanders,” Bendis said.

Neither volunteer expressed any interest in supporting Sanders, as they both thought his policies were too far left. Quinn said that if it came down to Sanders and Trump in the general election, he would vote for Sanders over Trump but he wouldn’t be happy about it.