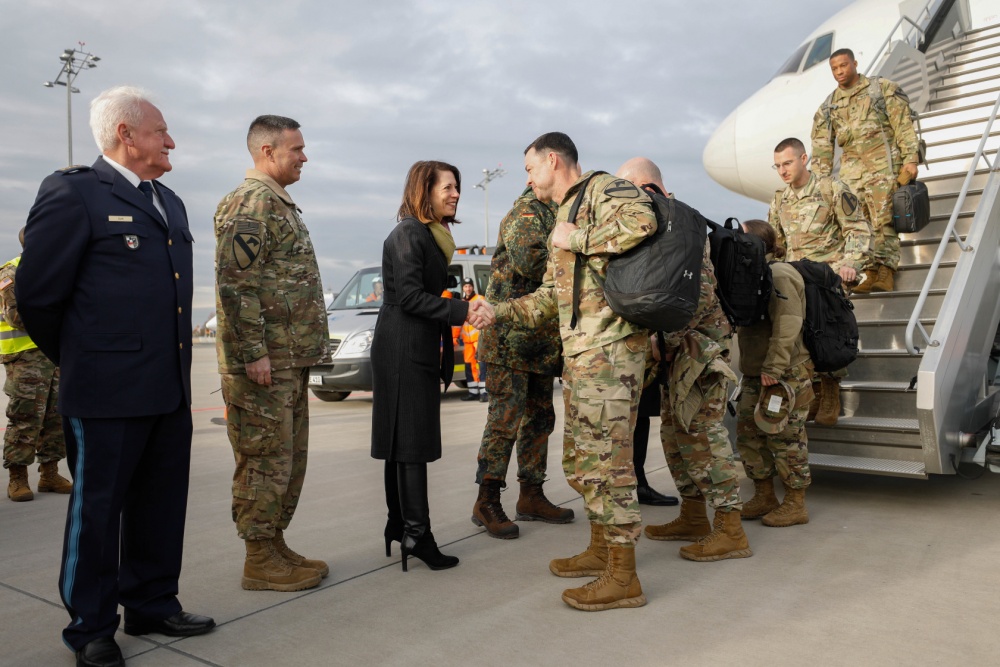 Soldiers from the 1st Cavalry Divison were the first to arrive to Nuremberg, Germany for the exercise Defender-Europe 20 earlier this month. The U.S. Army Europe Command announced Wednesday the U.S. will reduce its participation due to the spread of coronavirus, or COVID-19 (Photo by Capt. Ellen Brabo, 7th Army Training Command)

WASHINGTON – Coronavirus has already taken its toll on U.S. troops across the world, but it has most recently affected those supposed to participate in the large-scale combat exercise starting this spring.

The decision to reduce U.S. participation in Defender-Europe 20 was made as an effort to prevent the further spread of coronavirus, also known as COVID-19, according to a Wednesday press release

“After careful review of the ongoing Defender-Europe 20 exercise activities and in light of the current Coronavirus outbreak, we will modify the exercise by reducing the number of U.S. participants,” European Command officials announced.

Officials did not specify how the exercises would be adjusted, including the number of troops who will be reduced and which units will not participate.

Defender-Europe 20 is the largest deployment of U.S.-based forces to Europe, according to the U.S. Army Europe Command. This year, around 20,000 service members were expected to arrive to six different European ports to support activities with NATO allies and partners in 10 countries.

Equipment, including tracked and wheeled vehicles from the 3rd Infantry Division, arrived Feb. 21 at the German port of Bremerhaven in preparation for the exercises, marking the first U.S. Army equipment to arrive to the region from the continental United States.

Reducing military exercises was an obvious step to stop the spread of the virus, said Mark Cancian, a retired colonel and a senior security adviser at the Center for Strategic and International Studies. He said he did not believe the command will cancel the exercise completely.

“This is just the beginning of widespread curtailment of military exercises overseas,” he said. “[Europe] is not more dangerous than the United States. It would be different if the United States was unaffected [by the virus] and [troops] were going to a place that was severely affected, but that’s not the case.”

But as the virus continues spreading, he said the U.S. will most likely have to “eliminate virtually all future military exercises overseas” and quarantine the troops and equipment deployed to participate in exercises like Defender-Europe 20.

For similar reasons, the command and Norway have also cancelled the NATO exercises known as Cold Response, which were supposed to take place in the Arctic Circle to enhance military capabilities in high-intensity warfighting in a challenging environment.

Around 1,500 U.S. troops were prepared to participate in the cold-weather exercise, according to the U.S. Army Europe Command. In total, roughly 15,000 service members from the U.S., Norway, and eight other European countries would have participated.