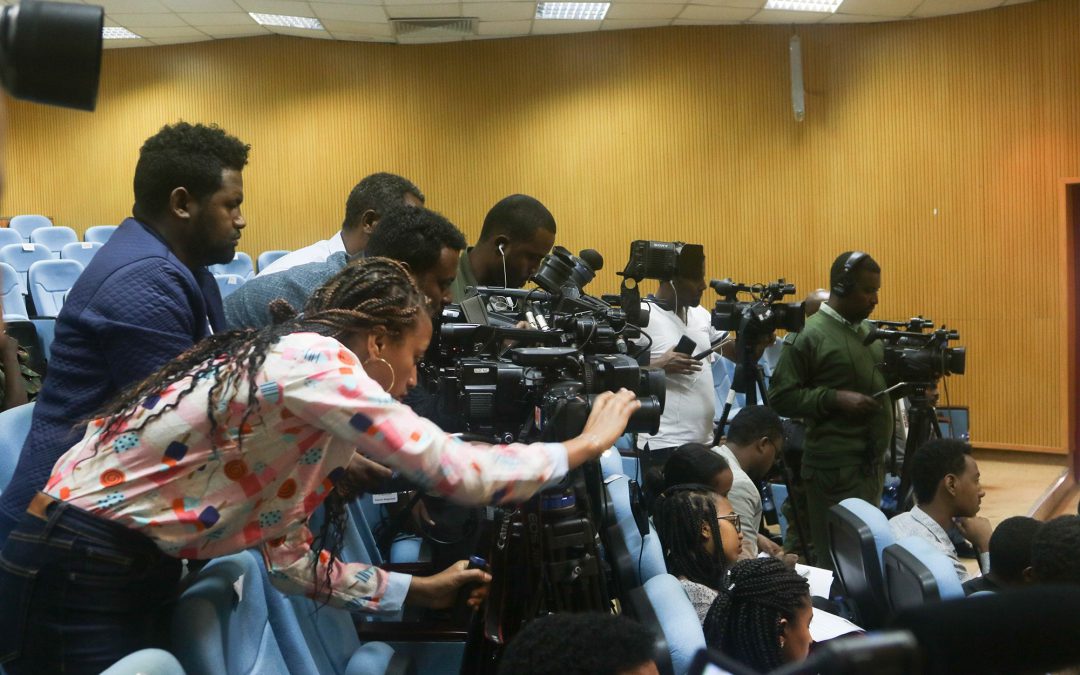 UNESCO is working with the members of the African judiciary to protect journalists and freedom of the press. (Credits: United States Army Africa)

WASHINGTON — Over the past four years, a United Nations agency has successfully trained more than 1,800 African lawyers, prosecutors and judges to protect and uphold freedom of the press in courts across the African continent.

In 2016, the United Nations Educational, Scientific and Cultural Organization launched a project to provide judges and others in the judiciary in Africa with practical and theoretical tools to uphold the rule of law while ensuring and promoting freedom of expression, access to information and safety of journalists.

“The program succeeded in raising the awareness of a critical mass of judges, judicial operators and civilians on international and regional standards on freedom of expression,” said Mehdi Benchelah, a senior project officer in the UNESCO Freedom of Expression and Safety of Journalists section.

Around 1,600 people have participated in online courses and 200 attended on-the-ground workshops, according to UNESCO.

The training “reinforced the capacity of lawyers to give stronger submissions with references to international and regional standards when they defend journalists,” Benchelah said. “They have also shown the commitment of the international community to strengthen international standards at the national level, which will ensure the free flow of information for all citizens.”

The program also aims at reinforcing the African legal framework on human rights and the rule of law more generally, Mehdi said.
The initiative was developed in partnership with the African Court on Human and Peoples’ Rights, a regional human rights court, and falls under the framework of the UN Plan of Action on Safety of Journalists and the Issue of Impunity, which aims at creating a free and safe environment for journalists.

Judicial officers play a key role in protecting journalists because “they have the capacity to promote freedom of expression and fight for access to information,” said Capt. Wilned Chawinga, a law enforcement officer in Malawi who took part in the 2017 online course.

This is why it is so important that judges and lawyers are made better aware of international standards and regional jurisprudence, Benchelah said. “The more aware they are, the more likely they will implement these standards on a national level,” he explained.

The initiative was first tested in Latin America, where since 2013 around 13,000 judges and judicial operators have been trained on legal standards about freedom of expression.

This has been part of “a global movement on right to access to information,” said Andrea Cairola, program specialist at the UNESCO Division for Freedom of Expression, Democracy and Peace.

Over the past two decades, many laws recognizing freedom of expression and the right to information were passed, he said. “The issue is their implementation and, of course, the judiciary plays a fundamental role in this.”

This is particularly the case for Africa, where journalists face significant challenges on a daily basis.

“Most political leaders are elected into political positions not to help the public, but to exploit the general public and enrich themselves,” said Chawinga. “Because of this, they try as much as possible to suppress the truth. They deny access to information, they threaten or kill journalists, they corrupt journalists or judicial officers.”

The extent of the risks faced by journalists is reflected in the 894 killings recorded by UNESCO between 2010 and 2019 – an average of one journalist’s death every four days. Only 10 per cent of these killings were resolved in court. On top of the killings, journalists endured countless violations, including “kidnappings, enforced disappearance, arbitrary detention, torture, intimidation and harassment, both offline and online, and seizure or destruction of material,” the UN agency reported.

The workshops
The first UNESCO workshop was organized in 2016 on the International Day to End Impunity for Crimes against Journalists in Arusha, Tanzania. The following year, around 900 people participated in a five-week Massive Open Online Course. A workshop was also held in Pretoria, featuring judges from high courts in Africa and from the Economic Community of West African States’ Court of Justice.

“The program evolved and developed over the years with more and more courts and institutions expressing interest to cooperate with UNESCO to reinforce the knowledge on freedom of expression standards,” Benchelah said.

Gaëlle Beng, a lawyer from Cameroon, is one of the 700 members or staffers of the judiciary who participated in last year’s free online She now feels equipped with “all the means [necessary] to defend journalists’ interests in court,” she said.

Beng decided to take the course because “in Africa, particularly in my country, Cameroon, we are oppressed” and “journalists face so many difficulties.”

Béatrice Yameogo Sanon, a magistrate and currently a judge at the Court of Appeal in Ouagadougou, Burkina Faso, also attended the training.

“I had never received any training in the field before, so I decided to educate myself,” she said. “It has been very beneficial for me – I understood how the right to freedom of expression was as fundamental as the right to life.”

The training has helped inform her decisions in cases involving issues such as defamation, she said.

The effect of the program is visible in various cases in which lawyers and judges who had attended the training applied national and international standards, Benchelah said.

“[We now have] an environment that is more aware of the standards,” Benchelah said.

A landmark case occurred in 2018, when the Economic Community of West African States’ Court of Justice ordered the government of Gambia to pay compensation to four journalists for violating their rights and subjecting them to degrading treatment, and to repeal the law on sedition, false news and criminal defamation. The Court extensively quoted from jurisprudence of the African Court on Human and Peoples’ Rights, the Inter-American Court of Human Rights, and the United Nations Human Rights Committee in reaching the conclusion that the laws were “obvious” and “gross” violations of the right to freedom of expression. A high judge involved in this case had attended the 2017 workshop on freedom of expression standards in Pretoria.

The Gambian Supreme Court eventually declared that the criminal defamation law and the law on false news on the internet were unconstitutional. The law on sedition was also found unconstitutional only to the extent that a publication relates to government and other public officials, but not to the president.

Despite its overall positive outcome, the program has encountered some challenges. While the online MOOCs took place, some countries had Internet shutdowns, making it impossible for judicial actors to follow the course.

Some participants also had “very little Internet literacy,” Benchelah said, but thanks to the technical support offered by UNESCO they managed to overcome the initial difficulties.

UNESCO now plans on expanding its workshops across Africa and hopes to launch the same initiative in Asia soon.